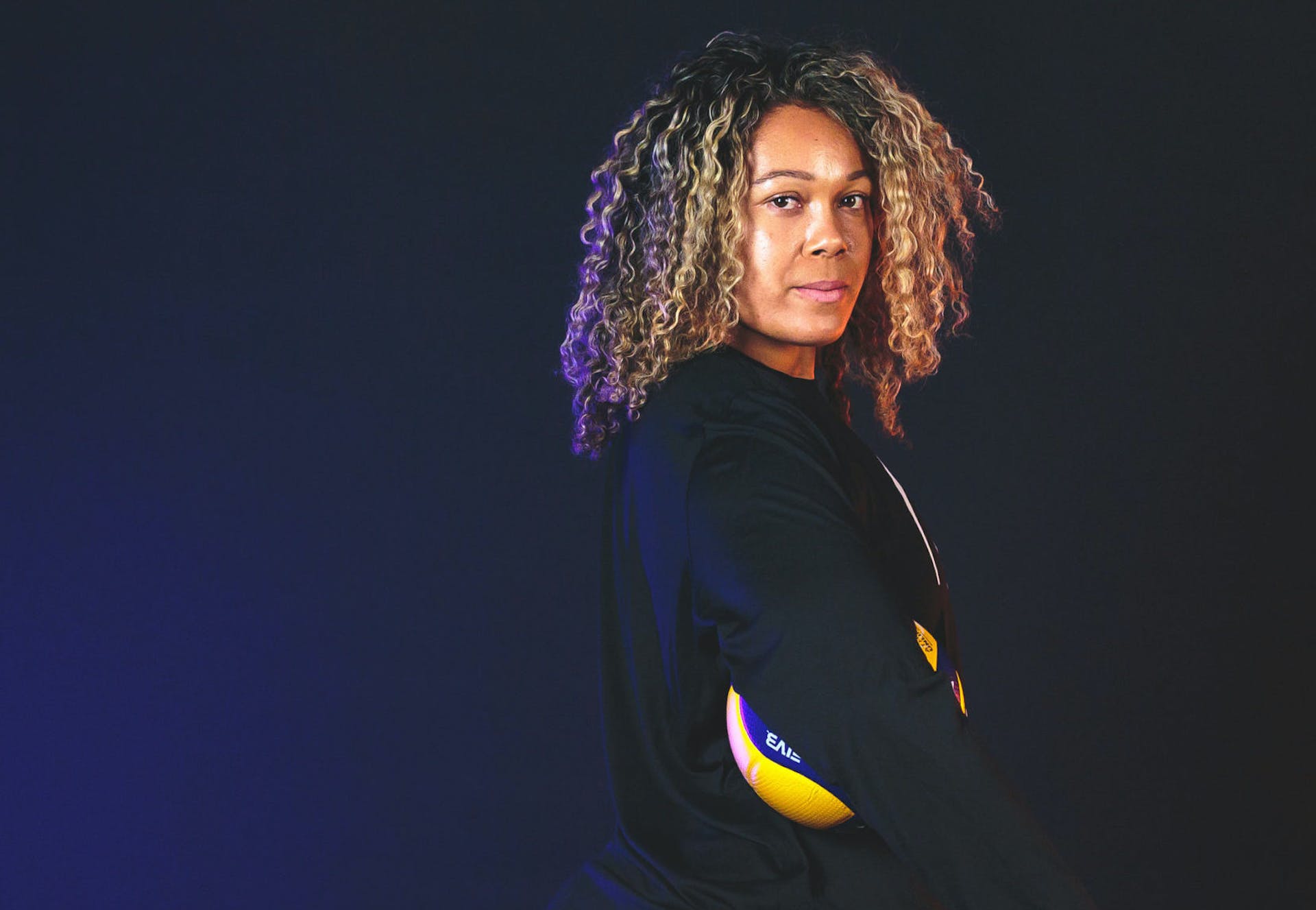 Except now when she wakes up, her dreams look a lot like her reality.

She’s 30-years-old, still diving to get up a pass, taking crafty shots at the ball and leaping for the block. Before joining Athletes Unlimited, Fonoimoana didn’t know she could live that dream again.

It’s been six years since she stepped onto an indoor volleyball court as a player. During those six years, she’s coached, competed in the Association of Volleyball Professionals (AVP) beach volleyball circuit and raised her son.

She knew that returning from the sand to the hard Teraflex court with five teammates around her instead of one would take time. But each week that she competes, she can feel herself tapping into that 24-year-old who was playing her best volleyball yet.

At the time, she was on the USA national team and had just won a gold medal at the 2015 Pan American Games. Her team in Poland was starting to hit its stride, brushing the trophy at the European Cup Championship. Fonoimoana describes retiring from indoor volleyball as a decision that made itself.

As she reached the pinnacle of her indoor career she was also battling for custody of her son Tavoi. While indoor took her across the world for weeks at a time, beach volleyball offered home. Fonoimoana is from Hermosa Beach, Calif. which gave her the ability to be with Tavoi and transition to a full-time pro beach career.

She did just that. She qualified in six of seven AVPs in 2018, earned two NORCECA gold medals and continues to compete in the AVP. But that didn’t mean her passion for indoor left her.

Her long-time friend Deja McClendon played in Athletes Unlimited’s inaugural season and planted the idea in her head. “The first thing she said to me was like, ‘You know, you can always come back,'” Fonoimoana said. She told McClendon she wouldn’t rule it out.

Then Jordan Larson and the Player Executive Commitee extended a formal invitation. Fonoimoana was no longer wondering, “Maybe I can do this.” Instead, it became, “We’re doing this.”

Each week at Athletes Unlimited, Fonoimoana has dedicated herself to one skill – taking her return to professional indoor volleyball “one skill at a time.”  Upon arrival, she zoned in on defense. Nailing down footwork and reading the hitters. She knows if she can play defense behind the block, her block is going to get better too.

Week 2 was about her offensive game. She worked on getting in rhythm with her setters. This wasn’t about swinging as hard as possible; she strived to be a top scorer by making smart decisions and being available as much as possible.

“My challenges have really just been being patient,” Fonoimoana said. For a player who not only instinctively reacts from years of volleyball but also has mastered the intricacies of the game, Fonoimoana wants her body to follow what her mind is processing. “You expect things that your body is maybe not ready for, or maybe your mind is telling your body to do something and your body’s not reacting.”

On Friday, March 25 in her performance with Team Stivrins, the skills clicked. She was voted MVP 1 of the match by her teammates and opponents. Fonoimoana posted a team-high 15 kills with seven digs. This season she’s had five games with 10 or more kills.

Each week at the draft, she climbs. In the opening week of the season, she was drafted 22nd overall out of 44 athletes. In Week 3 she was chosen in the third round, just 12th overall.

Fonoimoana is doing close to the impossible in volleyball: perfection. She's 10 for 14 on attack attempts without a single error. You read that right, she's hitting .710 in this match.

“I kind of felt like I tapped into my old self and I felt like, ‘Wow, this is where I was six years ago.'”

When Fonoimoana blew out her 30th birthday candles, she dedicated the year to herself – doing things that she didn’t think she was going to have the opportunity for again.

For the athlete who was forced to give up her career playing pro indoor volleyball, Athletes Unlimited presented exactly that, with opening day just three days after her birthday.

“I really wanted to bet on myself and take this risk, even though it was a fast transition,” Fonoimona said.  “I just wanted to prove to myself that I still had it and I still can play high-level volleyball.”

This week when Fonoimona looks up to the stands, the eyes of her nine, going on 10-year-old son will be looking back at her. Before she signed, Fonoimoana asked Tavoi what he thought of her playing on the court again.

“Well, it’s your career,” he told her. “You know, I think you’re very smart, Mommy… be very careful. Don’t get hurt.”

Hearing those words of affirmation from her son – knowing the person she supports also supports her dream, “It really just, it gives you a whole different gear that a lot of people don’t have.”

I really wanted to bet on myself and take this risk... I just wanted to prove to myself that I still had it and I still can play high-level volleyball.
Falyn Fonoimoana