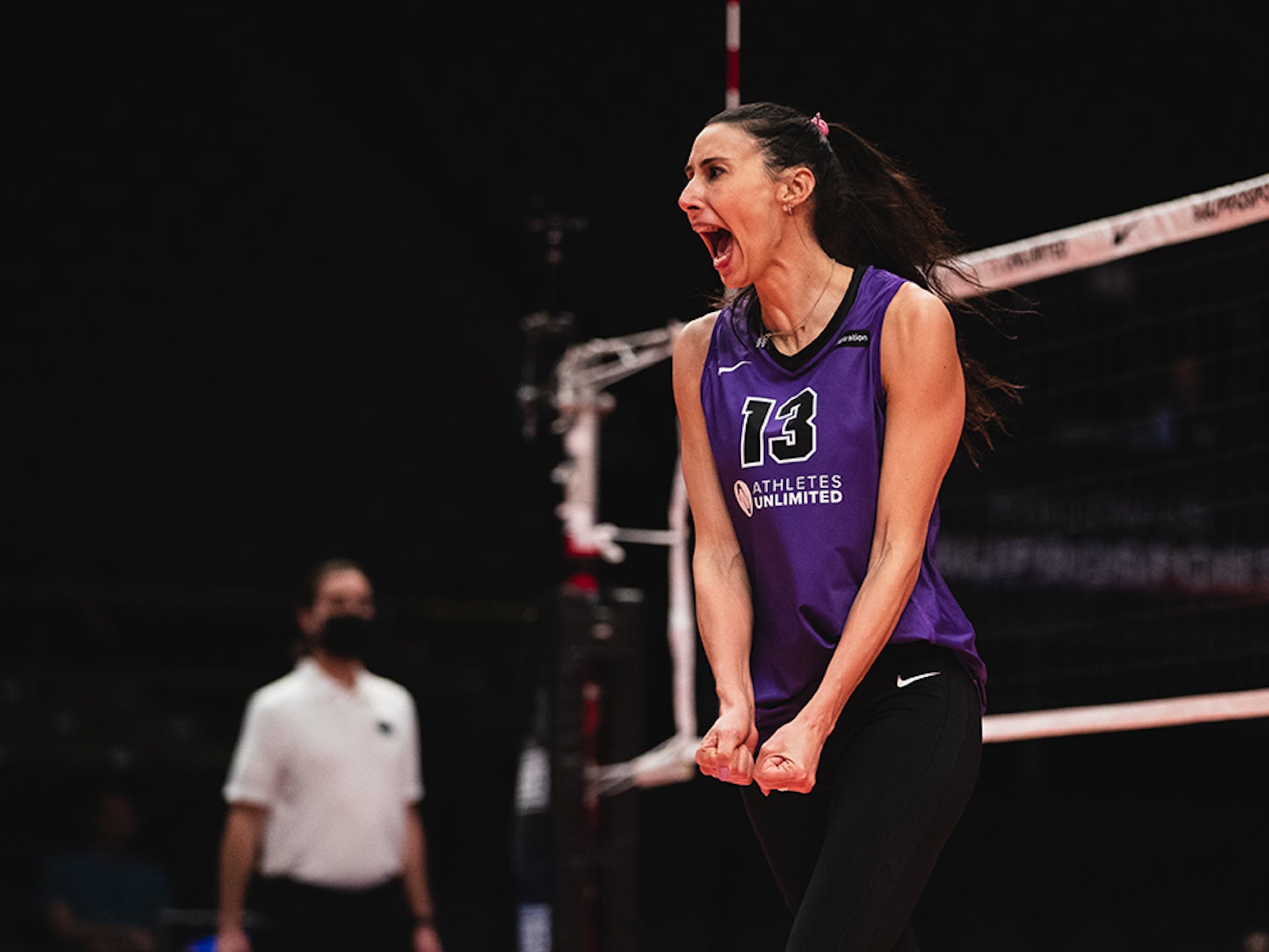 Opposite hitter Sheilla Castro orchestrated the victory for Team Sheilla by posting a career-high 23 kills along with 11 digs and three blocks. Middle block Ali Bastianelli posted a season-high six blocks, while outside hitter Erin Fairs and middle blocker Eri Xue each added five kills in the win. Setter Nootsara Tomkom notched another double-double with 36 assists and 13 kills.

Team Lowe, which played without captain Karsta Lowe, was paced by outside hitter Lindsay Stalzer’s career-high 17 kills, while outside hitter Madison Villines chipped in 11 kills and 14 digs. Opposite hitter Sha’Dare McNeal nearly had a double-double of her own after setting season highs with eight kills and 13 digs.

Team Lowe received five kills from Stalzer and three blocks from middle blocker Jenna Rosenthal to take the early lead with a 25-19 victory in the opening set. Team Sheilla answered in the second set with a 25-19 win of its own as Sheilla notched seven kills with two blocks. The teams battled through a historic third set before Sheilla ended the match with her 23rd kill of the night to secure a 39-37 victory in the final set to claim the match victory.

After conceding the first 40 win points in the opening set, Team Sheilla secured the remaining 140 win points with the two set wins and the match victory. Sheilla, the match’s MVP 1 recipient, garnered a season-high 379 leaderboard points, including a match-high 179 stat points, to post her third straight match with 300 or more points. Lishman followed with 219 points, including 79 stat points. Stalzer led Team Lowe in the loss with 165 points after earning MVP 2 distinction.