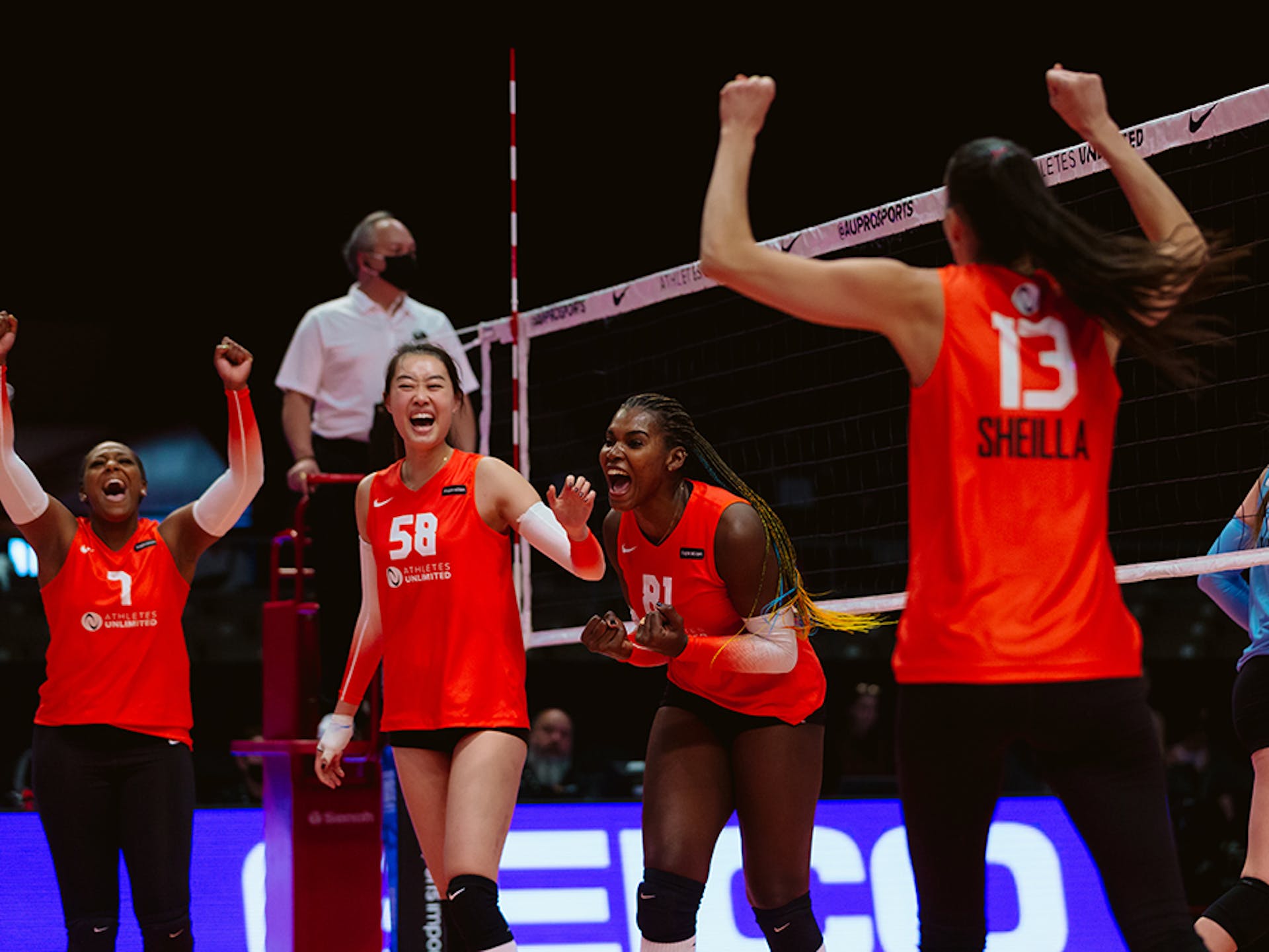 Team De La Cruz, which won the match by set scores of 25-23, 25-20 and 30-32, was led by outside hitter and team captain Bethania De La Cruz. The Santo Domingo, Dominican Republic, native set her Athletes Unlimited career high with 22 kills while adding a match-high 18 digs.

Outside hitter Erin Fairs added 14 kills and 12 digs while setter Nootsara Tomkom registered 45 assists and 10 digs for Team De La Cruz, which hit .260 as a team with a league season-high 59 kills.

Opposite hitter Karsta Lowe paced Team Valentin-Anderson in the loss with the sixth double-double of her Athletes Unlimited career, finishing with 15 kills and a season-high 11 digs. Outside hitter Madison Villines added a season-high 15 kills and 12 digs, while setter and team captain Natalia Valentin-Anderson finished with 42 assists and 17 digs.

Led by six kills from De La Cruz, Team De La Cruz hit .233 in the opening set and surged to the early lead in the match with a 25-23 victory. The squad also claimed the second set with a 25-20 verdict as Fairs, De La Cruz and opposite hitter Sheilla Castro combined for 17 of the team’s 19 kills in the set. Team Valentin-Anderson avoided the sweep in the final set by claiming a 32-30 decision.