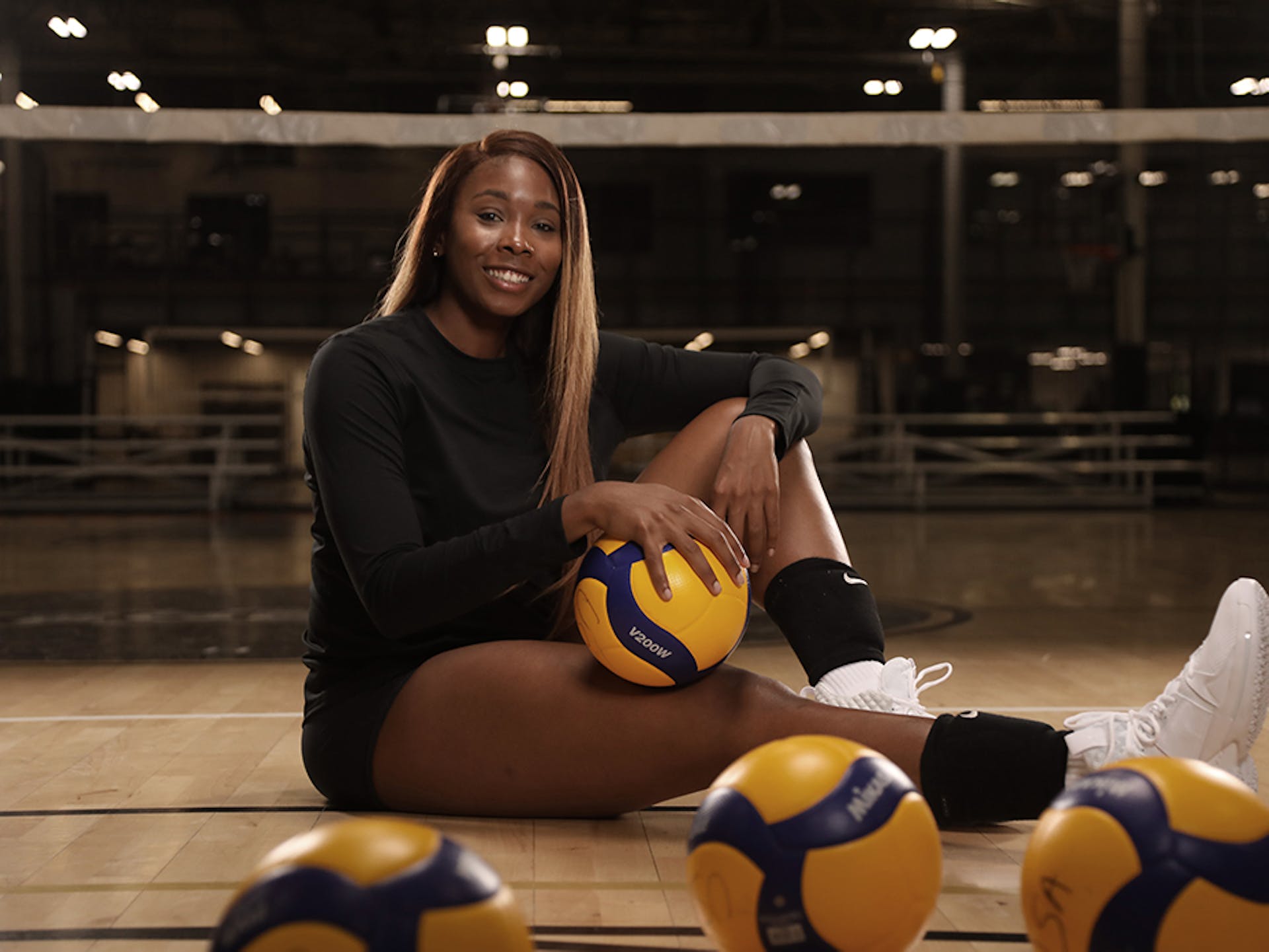 Women have been overcoming obstacles and fighting for equality in sports for decades. While significant strides have been made, there are still barriers female professional athletes still have to overcome. One of these barriers is pay equity. While many pro male athletes can live comfortably with a pro contract, many professional female athletes rely another means of income. This may mean balancing a full-time job, while also training for the start of a new season.

Athletes Unlimited Volleyball opposite Sareea Freeman is no exception. A graduate of Florida State University, Freeman is a Bachelor of Science in sociology and went on to pursue a master’s degree in business administration at the University of Memphis – where she currently calls home and works full-time in finance.

Although her schedule is demanding, she embraces the challenge.

Oftentimes athletes are thought to have glamorous lives, but for Freeman and many other athletes who are managing work and play, that’s far from the truth.

“At the end of the day we’re still everyday people,” Freeman said. “We have jobs. We have occupations. We have families that we’re all managing.”

Managing the demands of being a professional athlete and working full-time may be overwhelming, but Freeman has struck a balance. She said the beauty of both working and playing is that she never had to pick one or the other. She hasn’t been limited to a career in the business world or a career as a professional volleyball player.

At a younger age, she didn’t know it was possible.

“I always felt like I had to be an athlete or work a full-time job,” Freeman said.

Her desire is to share that it is possible to do both with young athletes. Freeman wants to help others see that no matter what challenges they face, no matter how hard they have to work, they can achieve their goals without limitations.

“I want to be an inspiration,” she said. “I don’t want kids to feel like they have to choose a path and they’re held to that one bucket.”

You can be more than an athlete. You can be good at more than one thing and you can still prosper and grow.
Sareea Freeman,
Athletes Unlimited Volleyball Opposite

The upcoming season of Athletes Unlimited Volleyball gives Freeman a first-hand opportunity to show that it is possible to do more than one thing, and to do it well.

“America is a place of possibilities and you don’t have to be put in one bucket,” Freeman said. “You can be more than an athlete. You can be good at more than one thing and you can still prosper and grow.”

Freeman recognizes that she’s been given a platform and each day is as an opportunity to set an example.

“I just want to make sure I’m carrying that weight and doing it the right way … For me it’s really about discipline,” Freeman said. “This league means so much more than playing volleyball,” Freeman said. “It’s about bridging the gap for women’s sports. It’s about being an inspiration for Black volleyball players. And also bringing the new possibility of being a full-time employee and working.”

While women still have much to overcome in terms of equality in sports, Freeman is breaking the mold with the hope that other women will see that it is possible to pursue their dreams and live them out fully.