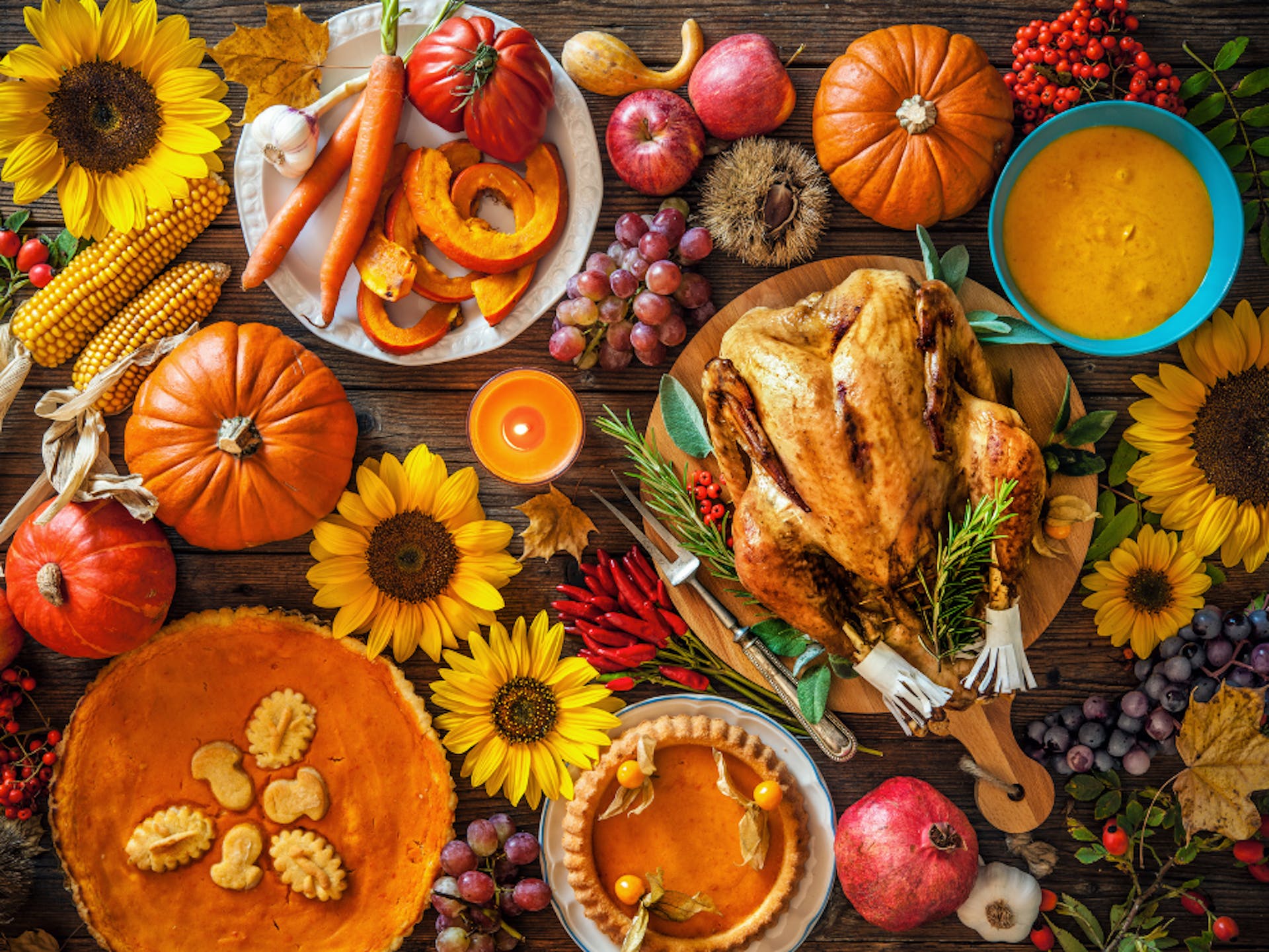 While many people spend Thanksgiving at home with family and friends, professional athletes don’t always have the ability to do so. In fact, many of our volleyball athletes have actually spent most of their Thanksgivings in recent years internationally. With international play has come new Thanksgiving traditions.

Katie Carter would try to rally any Americans on the team or in the area to cook and gather for Thanksgiving.

While in Nantes, France, Carter and her husband, Hector, had some difficulty finding a turkey, but they managed to do so.

“Not the typical extravagant table settings but we did what we could!” Carter said.

Erica Handley would typically celebrate Thanksgiving with her whole team or would get together with her other American teammates, but this last year was different. During her season with the Czech Republic, something special and unexpected happen.

Handley is a big believe in making connections with people outside of volleyball during the season to have other outlets besides work. A few days before Thanksgiving, she was on a bus into town and overheard a man talking to what seemed to be his young daughters. It caught her attention because they were speaking English, but the girls’ accents were a bit different from their dad’s, whose accent had some European in it. Sparked by curiosity and the want to make connections, Handley decided to see where they were from.

While he was from America, the man’s wife was Czech and they decided to settle down in the town of Olomouc and start a family there. The daughters are both bilingual. After Handley spoke with them for a few minutes about what brought them to Olomouc, they had to leave the bus.

“I started to get a little sad because I totally forgot about Thanksgiving coming up and wondered if they would be celebrating Thanksgiving or not since he’s American, but knew it was a long shot because we didn’t exchange information,” Handley said.

To her surprise, she received a message on Instagram a few hours later from him. Since she had mentioned she played for the volleyball team in town, he looked her up on the website and found her. His message said that he would love it if she came to his Thanksgiving with family and friends if she didn’t have other plans.

“I couldn’t have been happier. He has the same passion for the Thanksgiving tradition that most of us Americans do and shared it with his friends in Olomouc,” Handley said.

Handley and a fellow American playing in a town nearby joined dinner with the man and his wife, two other couples with Czech wives and foreigner husbands – one who was French and the other who was Australian, and their children.

“The only picture I took that night doesn’t have me in it, but I just wanted to remember the amazing people I was with!” Handley said. “I felt so blessed to have been welcomed into their family with open arms, and I will never forget that experience!”

When her parents came to visit for Christmas, Handley snd her family went to lunch with the couple and finally got to take a picture together.

With the unfortunately short season due to COVID-19, Handley was able to give their daughters one of her jerseys and say their goodbyes before they had to leave.