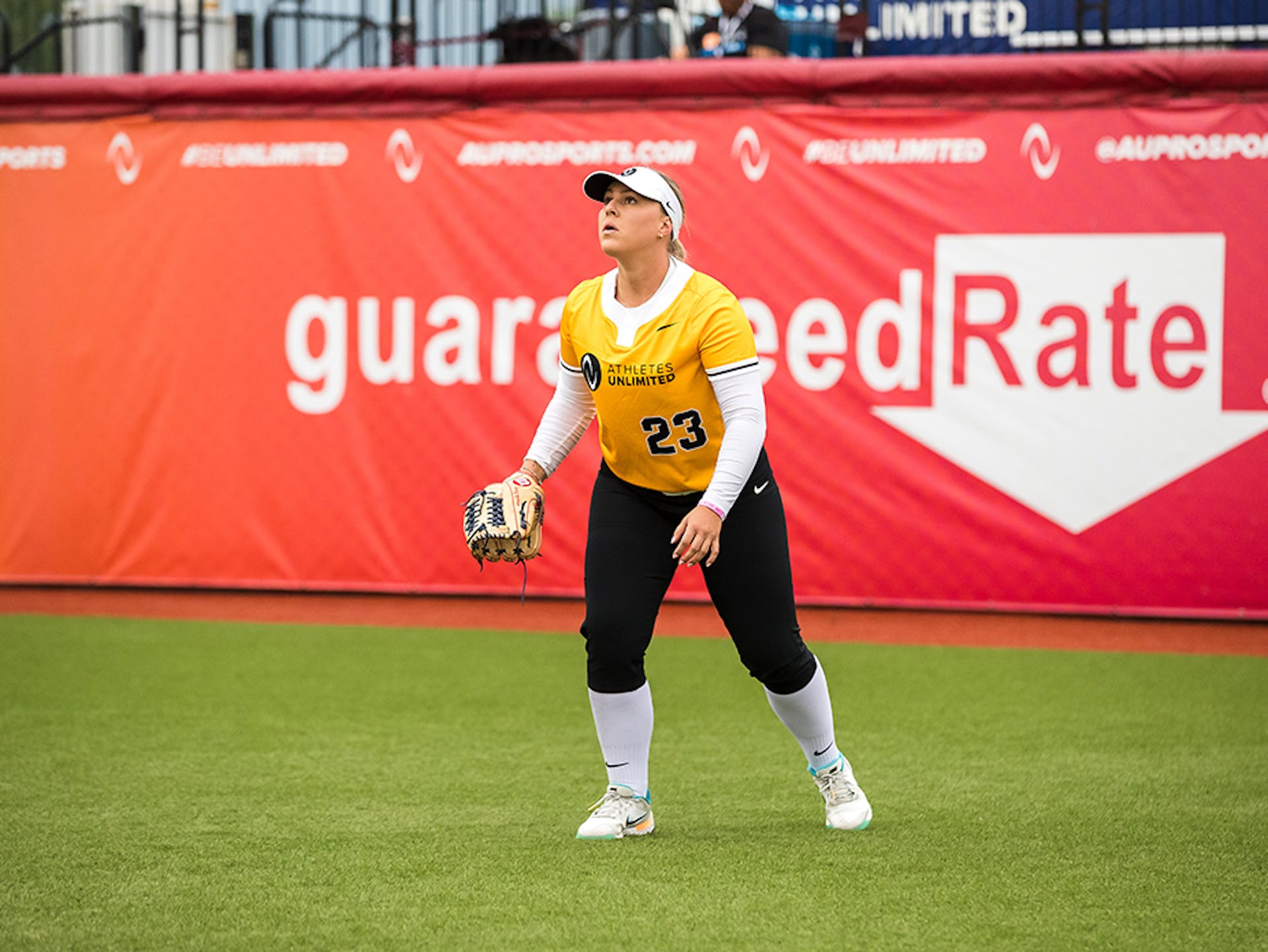 Amanda Lorenz highlights new additions to the USA Softball Women’s National Team roster, which features eight members of Athletes Unlimited Softball. The 18-player roster will compete at the 2022 World Games to be held in Birmingham, Ala. this July.

Lorenz, who ranked 11th on the leaderboard in 2021, had 12 hits, including five home runs, two doubles and a league-leading 16 RBIs during the five-week season.

“I was at home and opened up the email and opened up the roster,” Lorenz said. “My boyfriend was next to me, Griffin. We were looking at it, I was like, ‘Oh my gosh, I made it.’ I looked at him like, ‘What the heck? That’s crazy.’ I was super shocked for sure. Thankful and excited.

“It’s always been a dream of mine to make a Team USA roster. So truly, I’m honored and have looked up to so many people that have worn that jersey before. So just truly excited and definitely excited to see how I look in the red, white and blue.”

For Lorenz, entering tryouts after her first season with Athletes Unlimited contributed to her success.

“The best thing about AU is I got to play with so many new people and learn so much,” Lorenz said. “Learning from others only helps me get better and embrace new challenges. In AU you’re playing with a new team each week and that’s kind of what tryouts is. It’s a little uncomfortable with some new faces and learning and trying to play games with people that maybe you’ve never played with before. AU definitely helps with that transition of just trying to learn how to be yourself really, really quickly around new people.”

Aguilar, Flippen, McCleney, Moultrie, Mulipola and Nickles are veterans to Team USA, winning a silver medal at the 2020 Tokyo Olympics.

Catcher Gwen Svekis, who ranked 10th in 2021 and 5th in 2020, was also named to the team as a replacement athlete. Svekis had 17 hits during Season 2, including five doubles and four home runs. She was also a member of the Player Executive Committee for two seasons.

Svekis was named to the 2021 All-Defensive Team alongside Lorenz, Aguilar, Flippen and McCleney.

It will be a softball-packed summer for Lorenz, McCleney, Mulipola and Svekis as each has signed to play in the inaugural AUX Softball Season, beginning June 13, 2022. Following the 2022 World Games, the group will return to Athletes Unlimited Softball for the league’s third season, which will begin on July 29 in Rosemont, Ill.

Test your knowledge of the 2020 Athletes Unlimited Softball season!