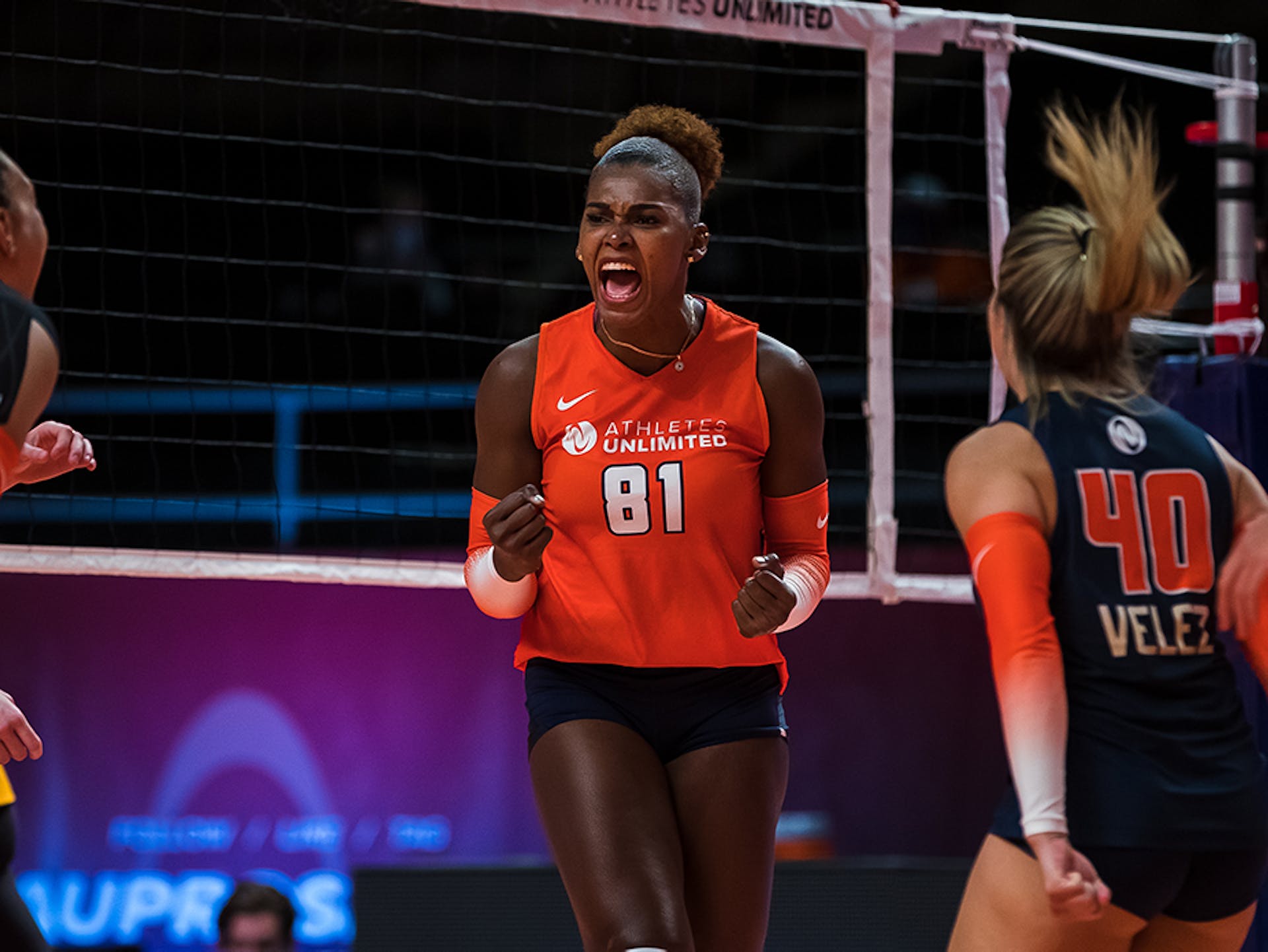 Lloyd earned a bronze medal at the 2016 Olympics as a member of the US National Team and was named 2015 Pan Am Games Most Valuable Player as she led Team USA to a gold medal. Glass Childress, also a member of the 2016 US squad to win bronze in Rio, was named best setter for the 2016 Olympic Dream Team and was named USA Volleyball Indoor Athlete of the year in both 2013 and 2014. During her four years at Penn State, the Nittany Lions posted a stunning 142-5 record (.966), including a perfect 102-0 streak that spanned three seasons, captured the 2007, 2008 and 2009 NCAA titles, advanced to the 2006 Elite Eight and won four Big Ten Conference titles.

The list of newcomers includes Athletes Unlimited draftee Lauren Stivrins (Middle Blocker, Scottsdale, Ariz.), who earned AVCA All-America First Team honors in 2018 and 2020 and was selected to the NCAA Championships All-Tournament Team in 2017.

Yizhi Xue (Middle Blocker, Nanjing, China) played professionally in China for Liaoning Huajun and Beijing BAIC Motor, and earned All-Big West Conference Honorable Mention honors in 2017 and 2018 as a player at Long Beach State. Kalei Mau (Outside Hitter, Kahaluu, Hawaii) is a member of the Philippines National Team and was named an AVCA Third Team All-American while playing for the University of Arizona.

Rachael Fara (Middle Blocker, Naperville, Ill.) was named an All-Pac 12 Honorable Mention in 2020 at the University of Colorado. Taylor Fricano (Outside Hitter, Palatine, Ill.) was named MVP of Missouri State University’s beach volleyball team in 2018 and an All-ACC Second Team selection at the University of North Carolina in 2017. Hana Lishman (Libero, Kailua,Hawaii) finished her career at Pepperdine ranked second in school history with 1,681 total digs and third with 3.74 digs/set. Niki Withers (Outside Hitter, Long Beach Calif.) was named to the Big West Conference All-Freshman Team and was a three-time Big West Conference Freshman Player of the Week in 2014.

Athletes Unlimited’s Facebook and YouTube channels will stream the opening match live at 6 p.m. ET March 16, with the final games being broadcast by FS2 and CBS Sports Network at 7 p.m. and 10 p.m. ET, respectively, on April 16.

Live weekly drafts for the five-week volleyball league will also be streamed on Athletes Unlimited’s YouTube and Facebook channels every Sunday starting March 13 at 1PM ET.

Kevin Barnett, Heather Cox and Athletes Unlimited alumni Katie Carter will comprise the broadcast team for the 2022 season. Barnett is a former member of the United States National Volleyball that competed at the 2000 and 2004 Summer Olympics and will handle play-by-play for Athletes Unlimited. He previously worked as a broadcaster for the Pac-12 Network, FOX Sports West in LA and NBC covering the Tokyo Olympic Games. Cox is best known for her work as a sideline reporter for NBC Sports, and has also worked with ABC Sports, ESPN and ESPN2. She is a former volleyball US National Team member and will cover 26 of the 30 matches. Carter, a UCLA graduate, is a former professional player and founding member of Athletes Unlimited Volleyball in 2021 and will cover the remaining four contests.

USA Volleyball will once again serve as a Strategic Partner of the league, while Starlings Volleyball, USA, will remain a Charitable Partner. Starlings aims to positively impact the lives of at-risk girls through the sport of volleyball by providing access to quality programs, regardless of financial status, ethnicity or skill level.

Athletes Unlimited CEO Jon Patricof said: “We are thrilled to host our second year of professional indoor women’s volleyball in Dallas and cannot wait to welcome fans to Fair Park Coliseum to watch 44 of the best players in the world, including newcomers Carli Lloyd, Aleshia Glass Childress and returning 2021 runner-up Bethania De La Cruz compete for a championship.”

Lloyd said: “I’m fired up to have the opportunity to stay in the US and play again, especially within a league that has an emphasis on supporting not just the athlete but the whole person. The fact that Athletes Unlimited has stood by me as a new mom coming back to compete has been very refreshing and having this league as another option for professional volleyball players is exciting! Can’t wait to get to Dallas!”