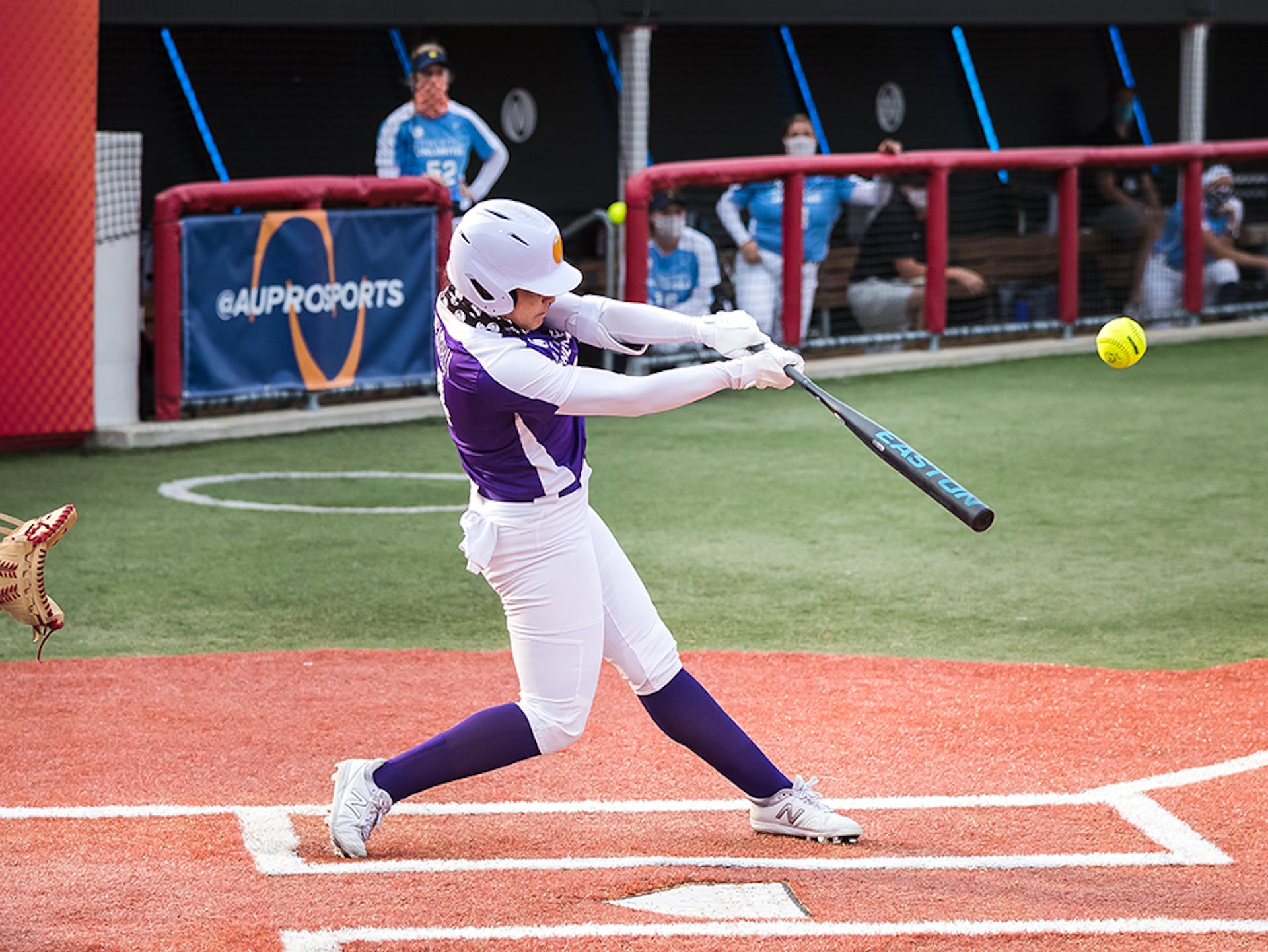 If batting practice was any indication, not much was going to leave the yard at Parkway Bank Sports Complex in Rosemont.

The hitters of Athletes Unlimited had other ideas when matters counted.

A refreshingly cool breeze of 16 mph coming straight in held up most flyballs hit during both teams’ batting-practice sessions.

Things changed in the top of the first inning when Erika Piancastelli launched a two-out solo homer against Danielle O’Toole over the wall in left-center. There was more to come from Piancastelli. She doubled in the third inning and homered again in the sixth as the second part of back-to-back shots with Jessie Warren. Piancastelli leads Athletes Unlimited with four homers this season.

For her efforts, Piancastelli earned 100 stat points (40 for each of the homers and 20 for the double). She also was named MVP 1 for 60 points and totaled 240 for the game, with her team’s points for winning the game and winning innings.

In addition to Piancastelli and Warren, Nadia Taylor homered for Team Ocasio as did Nerissa Myers for Team Hayward.

“Surprised? A little bit,” Piancastelli said of the homer barrage despite the conditions. “My game plan, like I was telling the girls, was to hit the ball hard on the ground because of the way the wind was blowing. The way that a couple of them had gone out, it shocked me a little bit. It just showed that we hit the ball hard. It felt good.”

As far as leading Athletes Unlimited in homers, Piancastelli seems to be taking it in stride.

“It’s not something I really think about,” she said. “I’m having a great time with my girls, great vibes all the time. They really hype me up every single time so I feel really comfortable right now. I’m seeing the ball really well, and I’m just playing my best game.”

Warren was a triple shy of the cycle as she singled in the third and had a two-run double in the fourth. She earned 190 points for the game as well as MVP 2 honors. Warren noted that the homer was her first in two years.

“So that felt good,” she said. “I was so happy. I actually had a plan going into that at-bat. I usually have plans going into my at-bats. But sometimes I let the game get a little bigger than what it should, and those plans kind of fall out of my head. But something about that at-bat, I stuck to my plan every single pitch and got the pitch I was looking for, and I even talked to Erika (Piancastelli) and Nadia (Taylor) and a couple of the right-handed batters about my plan before my at-bat, and I was really sold on sticking to it. I did. I was just super excited to hit a home run because, like I said, I hadn’t hit one in so long.

“I was actually joking with some of the girls, ‘I’m a contact hitter now. I’m no longer a home run hitter, so I’m OK with it. It’s pretty cool, and I’m proud of myself that I was able to stick to that plan like I used to do all the time and come out successful.”

MVP 3 honors went to Ocasio, who pitched four innings in relief of starter Kelly Barnhill, and gave up four hits and two runs (one earned). At the plate, she tripled and walked twice. She had 188 points for the game and 512 for this round of competition as she strives to be a team captain for Tuesday’s draft.

Team Hayward won 40 innings points for winning the first, third and fifth innings. They were ahead 3-1 until Team Ocasio put across five in the top of the fourth and three more in the sixth.

Team captain Hayward piled up 40 stat points with a walk, a single and two stolen bases. In addition to her 40 for hitting the homer, Myers added 10 more stats points by being hit by a pitch.

Team Hayward finished 1-2 in this round while Team Ocasio was 2-1.