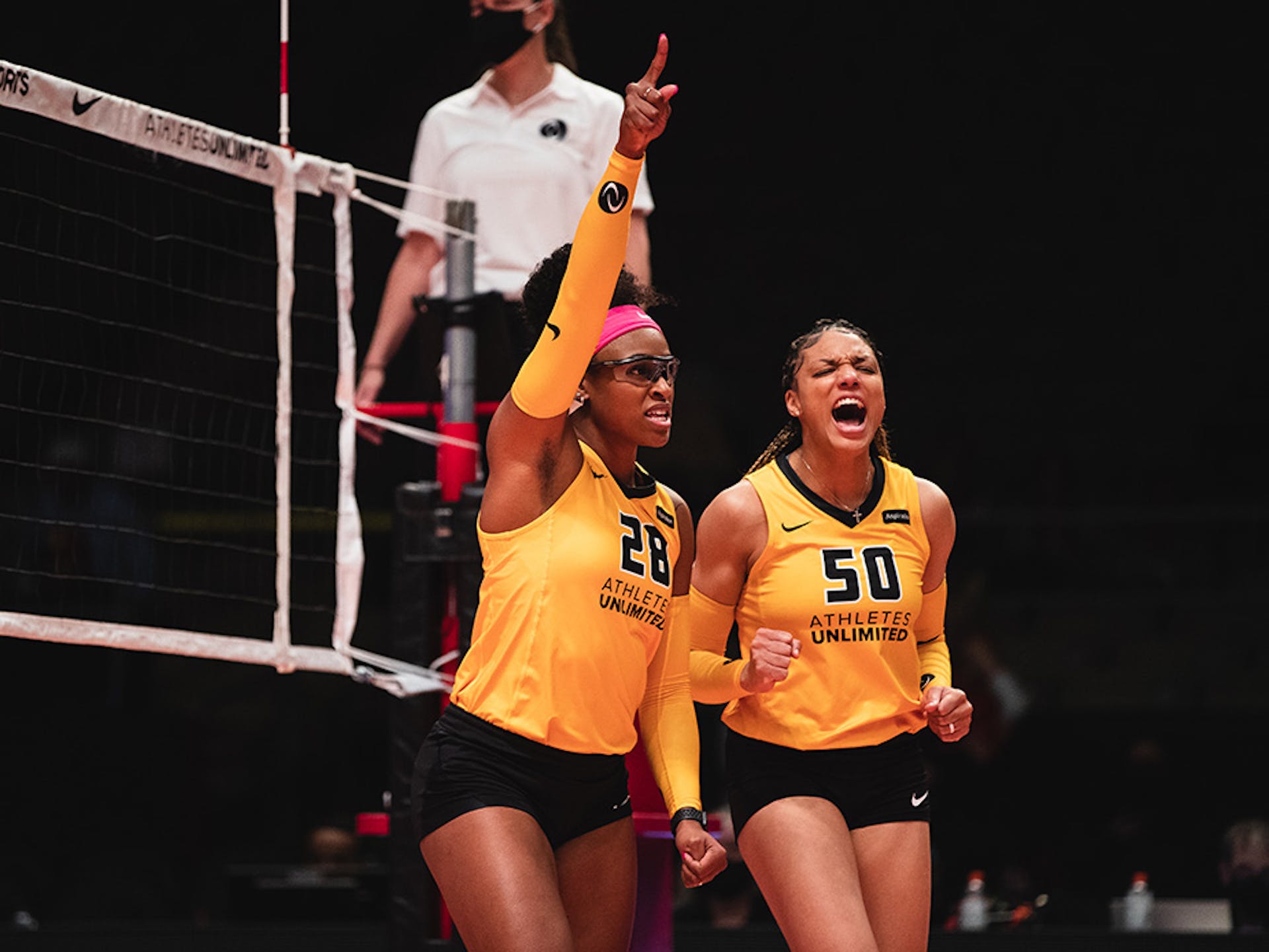 Team Drews overcame a 25-19 loss in the first set to earn the victory after claiming the final two sets by scores of 25-22 and 25-17, respectively.

Drews, who entered the night as the league’s leaderboard points leader, authored her fourth straight double-digit kill performance of the season. Lloyd, meanwhile, added seven digs to aid in the victory.

Team Stivrins used six kills by Edmond to earn a 25-19 victory in the opening set before Team Drews answered by taking the last two sets. After securing a 25-22 verdict on the strength of nine kills by Drews in the second set, Team Drews sealed the decision by posting a 25-17 win in the final set.

Team Drews claimed 140 of the 180 win points as a result of winning the final two sets in addition to the match. Team Stivrins avoided the shutout by earning 40 points for the first set victory.

Benson finished with a match-high 298 points, while outside hitter Jamie Peterson followed with 261 points in the victory for Team Drews. Drews captained her team to the victory and secured 246 points, while Edmond tallied 137.