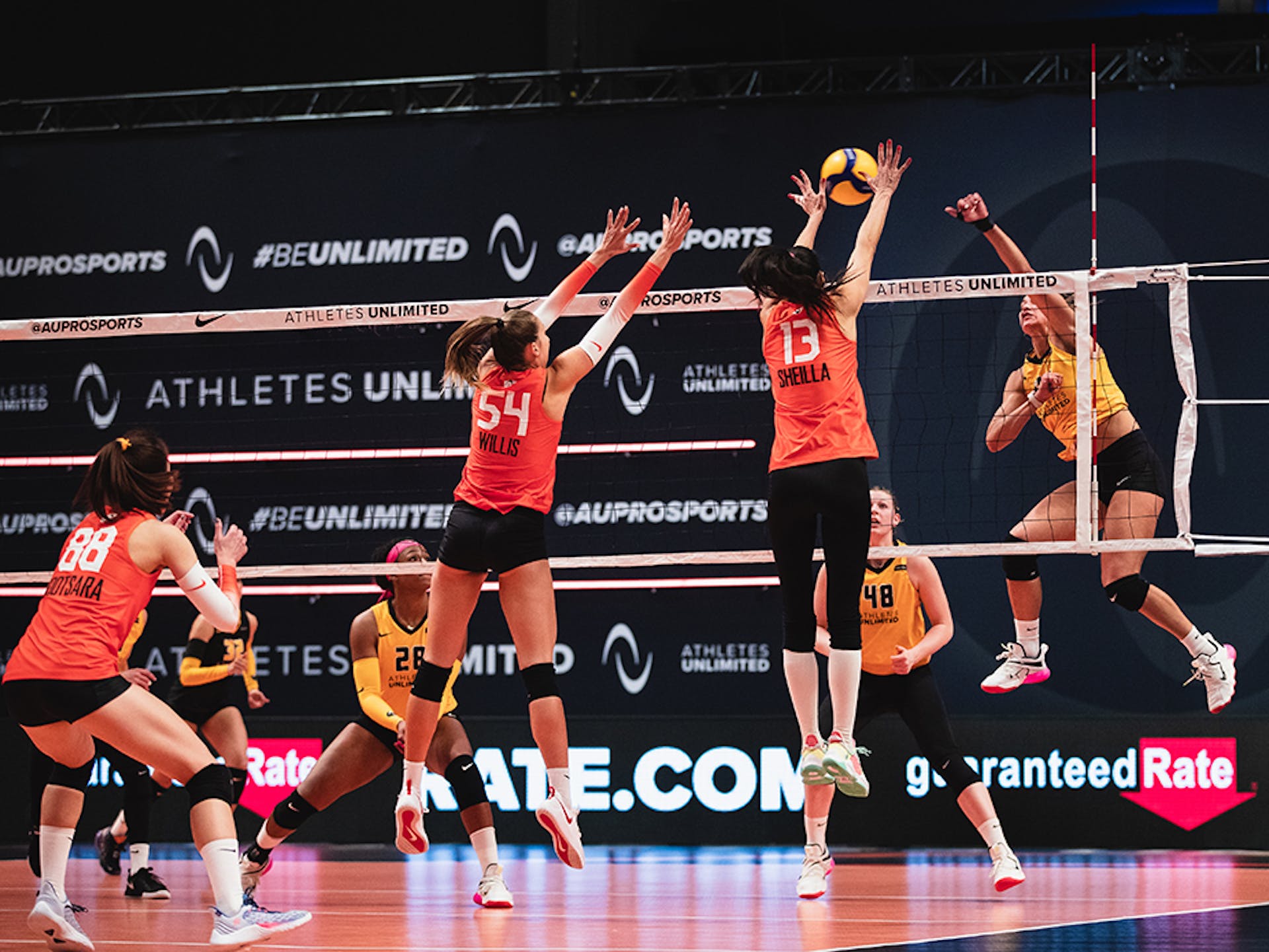 Sheilla, who authored her third double-digit kill performance of the season, led all athletes with her 17 kills while hitting .412 in the win. Outside hitter Bethania De La Cruz joined Sheilla in double figures with 12 kills and nine digs, while setter Nootsara Tomkom pitched in 36 assists.

Outside hitter Dani Drews captained her team in the loss with 15 kills and two blocks, while outside hitter Jamie Peterson and opposite hitter Sha’Dare McNeal each contributed six kills.

De La Cruz led all athletes with 337 leaderboard points in the victory, including a match-high 157 stat points, while Sheilla earned 329 points and moved into the No. 4 position on the leaderboard to secure a captain’s spot for the first time in her Athletes Unlimited career. Led by De La Cruz and Sheilla, Team De La Cruz secured 140 of the 180 possible win points as a result of winning two sets and the overall match. Drews paced her squad in the loss with 169 points.

INTO THE CAPTAIN SPOT

De La Cruz jumps back into the No. 1 captain spot with 1,779 points. De La Cruz captained her team to a 2-1 weekend, tallying a league record 27 kills in Friday’s match.

Behind De La Cruz by 324 points is Karsta Lowe, who will return to the captain spot once again at No. 2 on the leaderboard. Lowe has accumulated 1,455 points.

Drews drops to the No. 3 spot on the leaderboard and sits 42 points behind Lowe and Sheilla becomes the No. 4 captain with 1,319 points. It is the first time Sheilla will be captain.