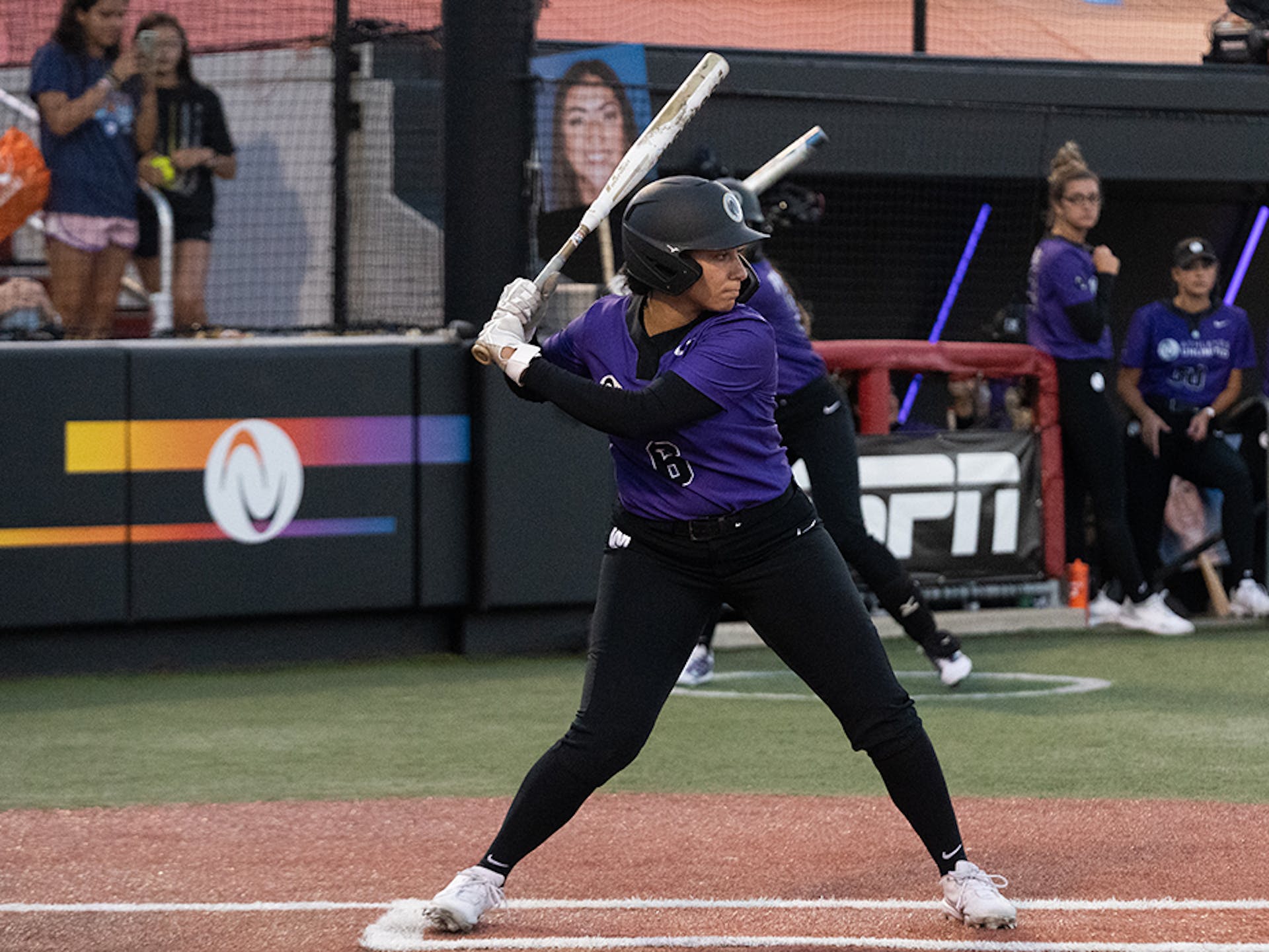 ROSEMONT, Ill. — Like two fighters battling for a championship belt, outfielder Shannon Rhodes and catcher Dejah Mulipola have been going back and forth for the home run lead during the 2022 Athletes Unlimited Softball Championship Season.

Rhodes, who finished with 250 leaderboard points and the MVP 1 selection, belted a solo shot to right field in the third inning before unleashing another solo home run to right center field two innings later.

Mulipola, meanwhile, holds a share of the home run lead with the rookie outfielder after hitting her eighth long ball of the season, a two-run shot to right field in the fourth inning.

Corner infielder Sam Fischer also got into the home run action with a two-run shot of her own in the first inning, which capped a three-run opening frame for the victors. Fischer garnered MVP 2 distinction for her performance and closed the night with 200 leaderboard points.

Rookie pitcher Peyton St. George completed the MVP trio after securing the win in relief. The former Duke product scattered just two hits over the final 2.1 frames to even her record at 2-2 on the year.

Middle infielder Sydney Romero anchored Team Mulipola in the loss with a three-hit outing while scoring a pair of runs. Pitcher Taylor McQuillin (3-3) suffered the setback in the circle after conceding two runs on five hits in 4.0 innings.

After Team Mulipola rallied to even the score at 4-all in the top of the fifth inning, Team McCleney answered in the bottom half with Rhodes’ solo home run in the bottom of the frame for a 5-4 advantage the squad did not relinquish.

Rhodes elevated her position on the leaderboard by six spots, moving just 32 points behind captain Haylie McCleney for fourth place. McCleney, meanwhile, dropped one spot on the league standings despite winning the game and collecting 126 leaderboard points.