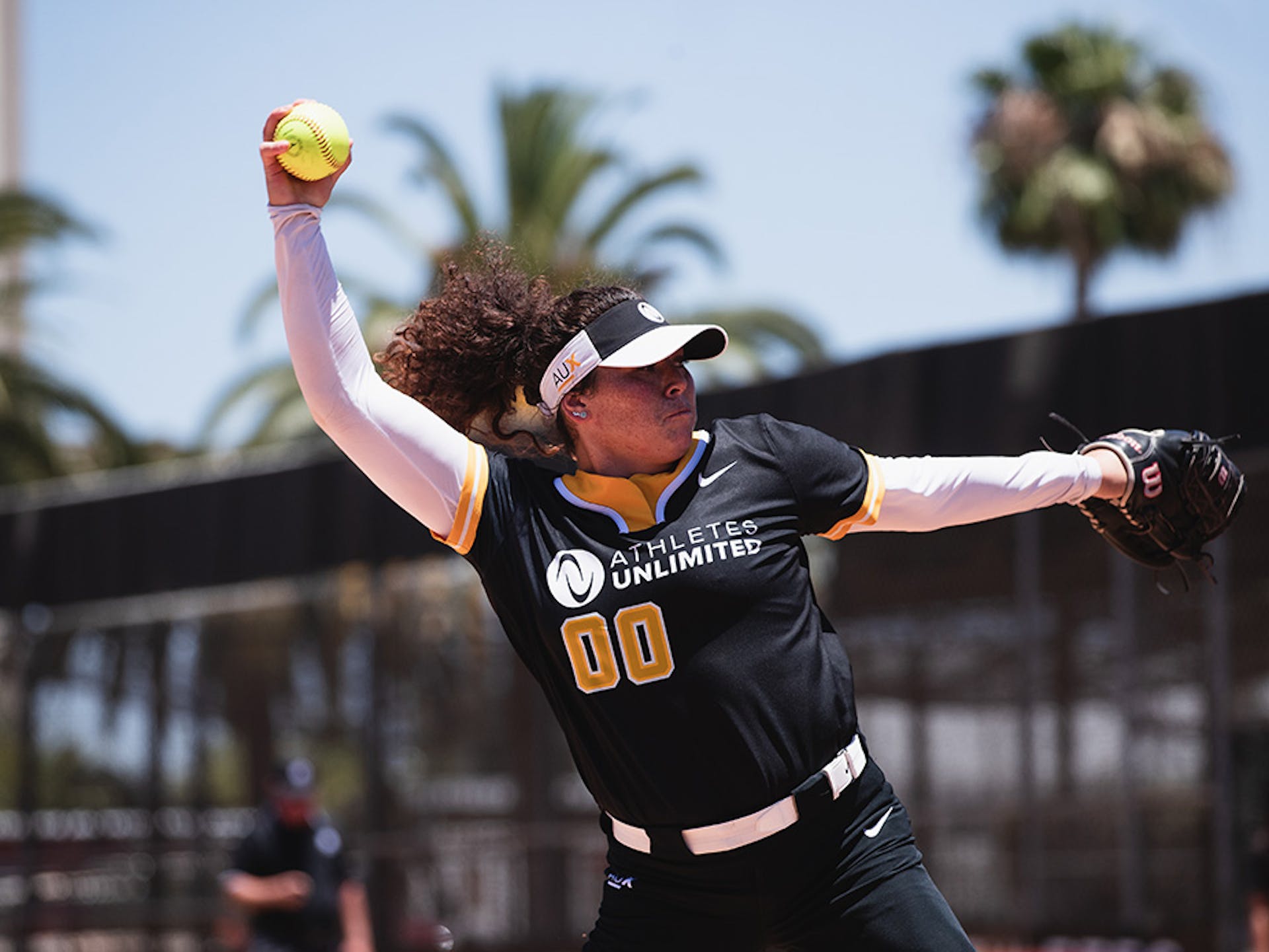 SAN DIEGO — Usually, it’s the pitching circle where Rachel Garcia does her best work. But, in Monday’s AUX Softball Series Two finale, it was her play in the batter’s box that helped her team to a victory.

Garcia accrued 216 leaderboard points after going 1-for-2 with two runs batted in and a run scored along with earning MVP 1 honors as Team Mulipola handed Team Gibson its second straight shutout with a 5-0 verdict at SDSU Softball Stadium.

The win allowed Team Mulipola to split its four games in the series, while Team Gibson dropped to 0-4, including a pair of losses on Monday.

Garcia was one of seven Team Mulipola starters to record at least one hit. Middle infielder Sierra Romero went 2-for-4 while fellow middle infielder Caleigh Clifton added a 2-for-3 effort with a run scored and an RBI.

Team Mulipola used a four-run outburst in the fourth inning to build a 4-0 lead it did not relinquish. The squad sent nine batters to the plate and used a two-run single by Garcia, an RBI double from Clifton and a run-scoring single by outfielder Haylie McCleney to surge ahead. A double by corner infielder Tori Vidales upped the lead to 5-0 one inning later.

Despite scoring 130 points in the victory, team captain Dejah Mulipola just missed being a team captain for the second straight week and holds fourth place on the league standings heading into the final series.