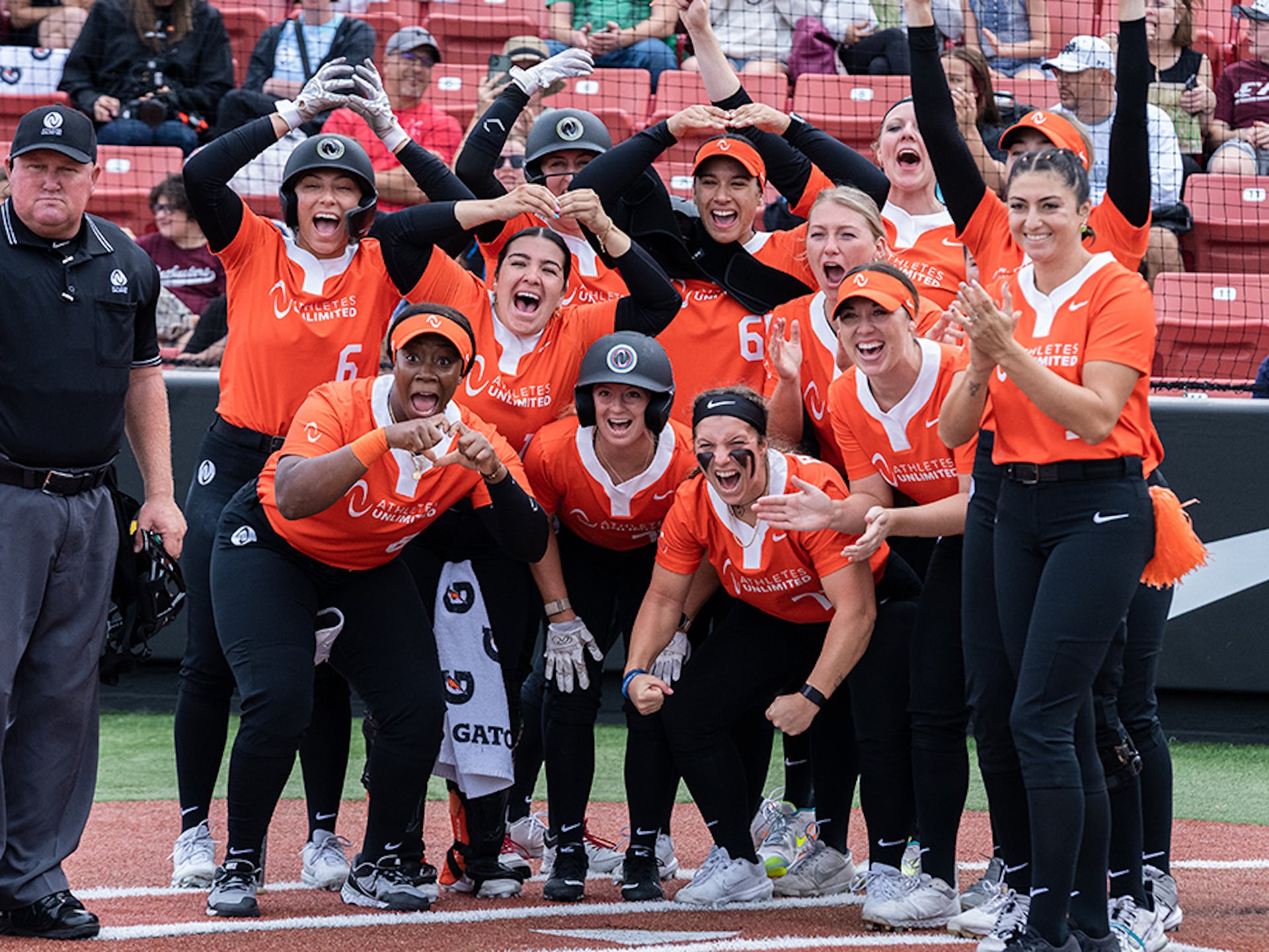 ROSEMONT, Ill. — Every so often in life, you have a day where just about everything goes right and even if some things don’t go right, it’s still a day to remember.

For Team McCleney, Saturday’s Athletes Unlimited Softball game against Team Chidester will be one the members of the squad remember for a long time after a record-setting performance led them to a 20-5 victory at Parkway Bank Sports Complex.

The triumph elevated Team McCleney’s record to 2-0 on the weekend, while Team Chidester had its record drop to 1-1.

Outfielder Amanda Lorenz conducted the offensive explosion for Team McCleney en route to claiming her second MVP 1 honor of the season. The former Florida star, who erupted for 256 leaderboard points, matched an Athletes Unlimited Softball Championship Season single-game record with six runs batted in after going 2-for-3 with a triple, a home run and two walks.

Infielder Caleigh Clifton continued her stellar play this weekend with an MVP 2 performance. Clifton registered a three-hit effort, including a two-run home run in the third inning and two doubles, to finish with 230 leaderboard points.

While the offense was clicking for Team McCleney, pitcher Mariah Mazon did her part in the circle to earn her second win of the season. The Oregon State alum received MVP 3 distinction after allowing two earned runs on six hits over 5.0 innings.

Team Chidester, which opened the weekend with a victory over Team Mulipola on Friday night, was led by rookie infielder Sydney Sherrill’s two hits. Five other players added a hit, including a home run by outfielder Tori Vidales.

Team Chidester opened the scoring with two runs in the top of the second inning before Team McCleney exploded for seven runs on six hits in the bottom of the frame, including home runs by Lorenz and designated player Mia Davidson.

Zerkle aims to break into Top 4 in third championship season