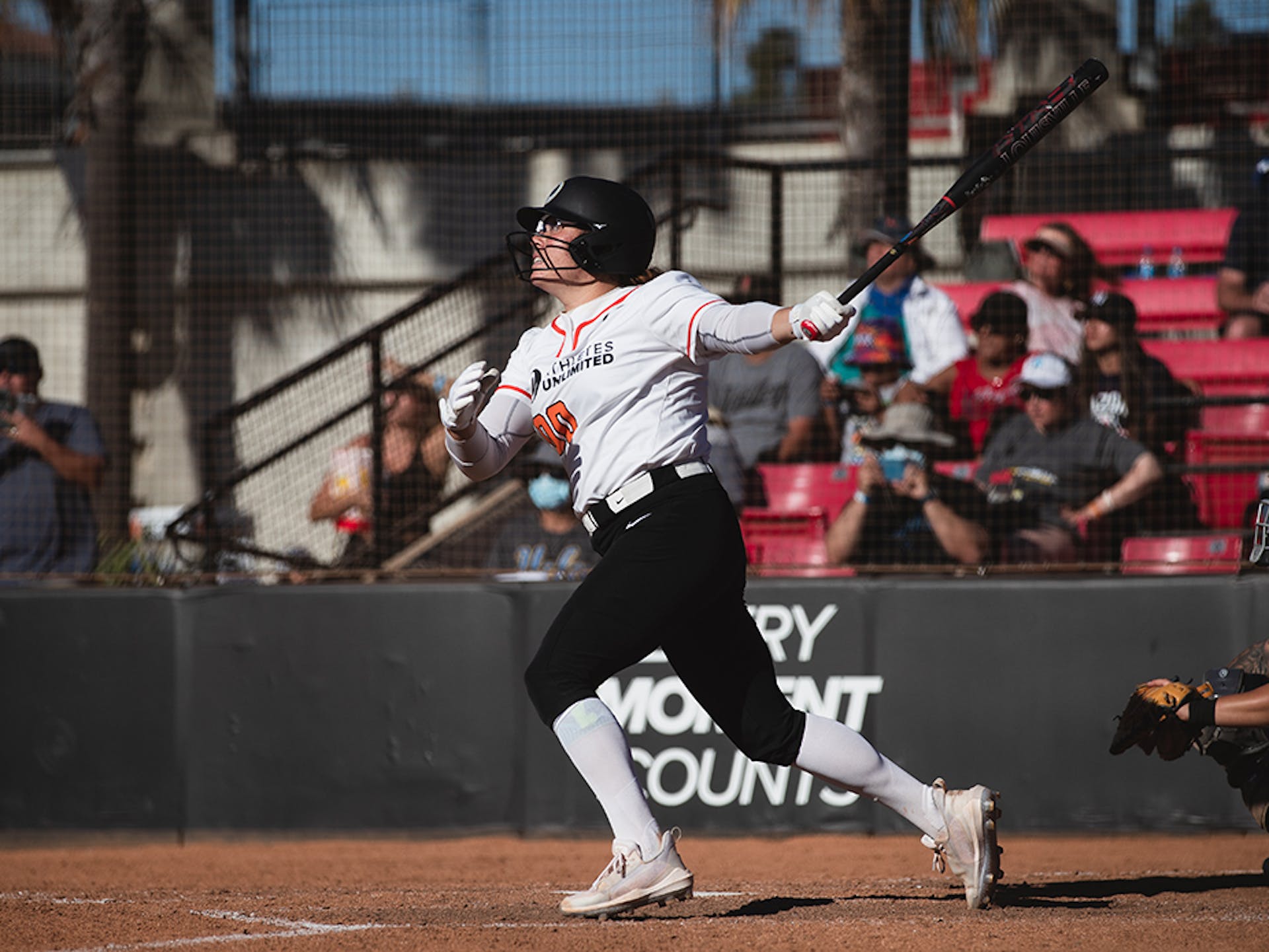 SAN DIEGO — The pressure of a final day in an Athletes Unlimited season is tough for any athlete. But, when you add an extra-inning contest to open the day, that pressure becomes even greater.

Team O’Toole was able to turn that pressure into a 4-3 victory over Team Fischer in eight innings at the SDSU Softball Stadium on Saturday evening.

The win elevated Team O’Toole’s record to 3-1 while Team Fischer dropped to 0-3 in the final series of the season.

Pitcher Rachel Garcia continued her late season surge toward the top of the leaderboard, posting her third game with 200 or more leaderboard points in this series. The former UCLA star claimed her fifth MVP 1 honor in addition to going 1-for-4 at the plate while allowing two runs on six hits over 3.2 innings in the circle.

Meanwhile, fellow pitcher Danielle O’Toole did her best to keep close to the top of the leaderboard. The MVP 2 selection, O’Toole conceded just one unearned run on four hits over the final 4.1 innings to improve her record in the circle to 4-1.

Corner infielder Tori Vidales and middle infielder Caleigh Clifton each posted a two-hit effort in the victory for Team O’Toole, which was outhit by a 10-8 margin.

Middle infielder Courtney Gano paced Team Fischer in the loss with a season-high three hits and two runs scored, while catcher Gwen Svekis blasted her first home run of the season in the fourth inning.

Pitcher Alyssa Denham took the loss in relief, giving up two runs, including one earned marker, with four hits and two strikeouts over 2.0 innings.

After rallying to force extra innings with two runs in the sixth inning, Team O’Toole struck for two runs in the eighth frame to take a 4-2 lead. Clifton drove in a run with a single to center field with one out before scoring on a RBI single by catcher Sashel Palacios. Team Fischer narrowed the gap to 4-3 on a run-scoring groundout by Svekis, but O’Toole got outfielder Mariah Mazon to fly out to right and end the game.

O’Toole took over the leaderboard’s top spot despite Garcia registering more points in the victory. However, just over 200 points separate the top six players on the leaderboard pending the result of the season finale between Team Zerkle and Team Fischer.