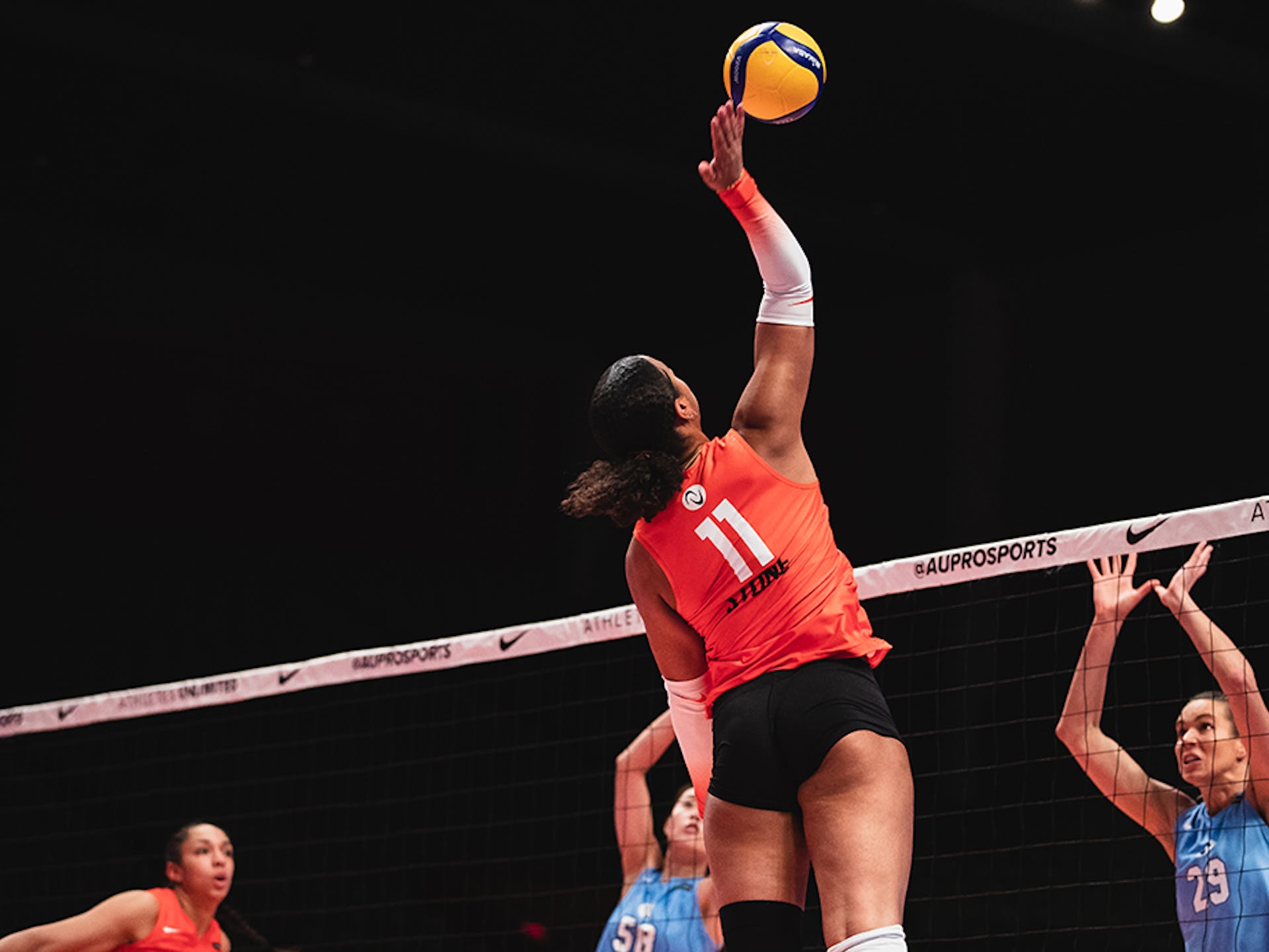 DALLAS — After being swept in all three of her team’s matches during Week Three of the 2022 Athletes Unlimited Volleyball season, outside hitter Bethania De La Cruz was not about to let it happen again.

Instead, she opened Week Four with a three-set sweep of her own as Team De La Cruz authored a 75-60 victory over Team Sheilla to begin Wednesday’s proceedings at Fair Park Coliseum.

Team De La Cruz claimed the first two sets by scores of 25-22 and 25-16 as De La Cruz tallied 13 kills to go with six kills apiece from McCage and Fricano. The squad held off a late rally by Team Sheilla in the final set to secure the sweep with a 25-22 verdict.

Team De La Cruz secured all 180 win points in the victory. De La Cruz set an Athletes Unlimited Volleyball single-match record with her 445 leaderboard points after earning MVP 1 distinction for the league-high fourth time this season. Outside hitter Cassidy Lichtman, who was the MVP 2 selection, followed with a season-high 316 points while Stone was the MVP 3 selection and claimed 285 points. Stalzer’s 161 points led Team Sheilla in the loss.

Cassidy Lichtman: The power of giving athletes, and women, a voice