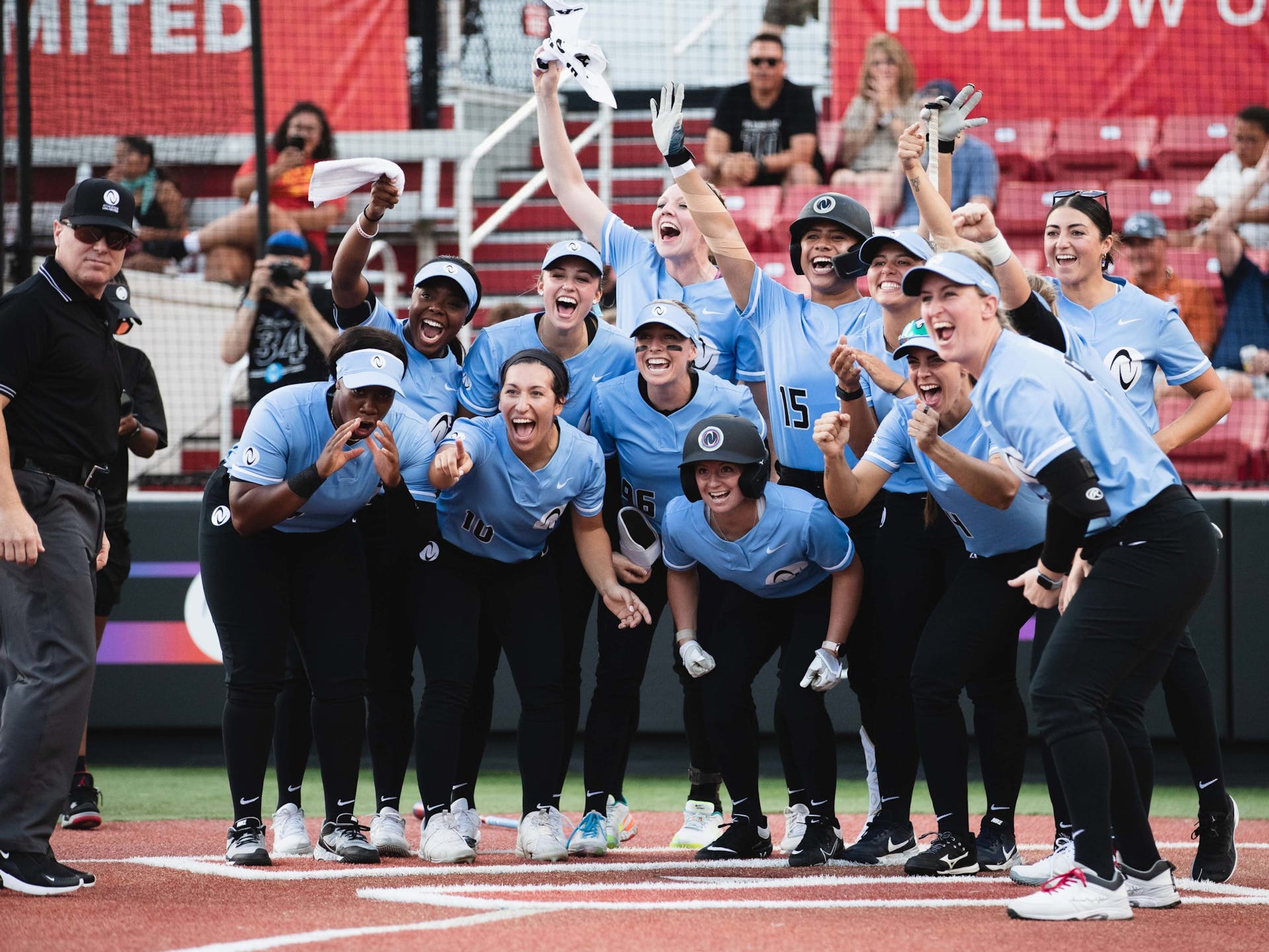 Recap: Chidester jumps 27 spots on the leaderboard in 6-4 victory

ROSEMONT, Ill. — Team Mulipola and Team Jaquish certainly got Week Two of the 2022 Athletes Unlimited Softball season off to a hot start on Friday night at the Parkway Bank Sports Complex.

The two teams combined to blast five home runs, but it was the late surge from Team Mulipola that secured a 6-4 victory over Team Jaquish.

Led by first baseman Amanda Chidester, who went 2-for-4 with three runs batted in and 200 leaderboard points, the top three hitters in Team Mulipola’s lineup went 5-for-11 with four runs scored and four runs driven in.

Pitcher Sydney Littlejohn Watkins secured the win in relief, scattering two hits over 3.0 innings with a strikeout and two walks. Odicci Alexander pitched the final frame to nail down her first save of the season.

Team captain Sahvanna Jaquish paced her squad with two hits, including a double, while catcher Gwen Svekis, shortstop Hannah Flippen and outfielder Bubba Nickles each slugged a home run in the loss.

Team Mulipola broke a 3-all tie in the top of the fifth inning by plating three runs. Shortstop Sis Bates got the rally started with an RBI single up the middle before Chidester’s RBI double with one out upped the advantage to 5-3. A sacrifice fly by third baseman Sam Fischer completed the outburst.

The win allowed team captain Dejah Mulipola to move into first place on the leaderboard with 528 points, which is just 20 points ahead of Jaquish. Chidester, meanwhile, rose up 27 spots to sixth after her 200-point performance.

Our Lacrosse Athletes and their Causes