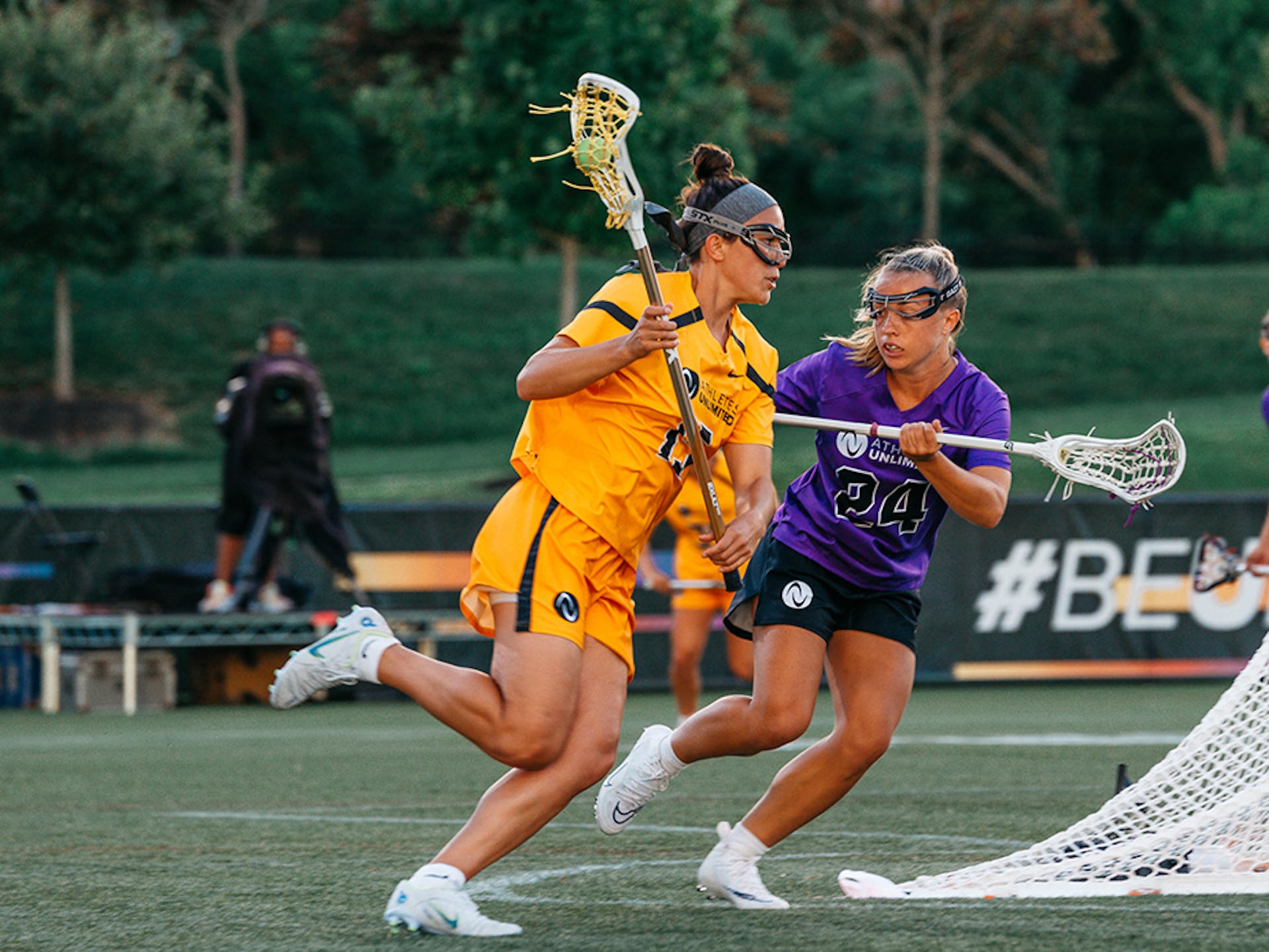 SPARKS, Md. — With the way goalkeeper Taylor Moreno has been racking up leaderboard points over the last three games, most followers of Athletes Unlimited Lacrosse wouldn’t begin to think she has played just four games as a professional.

Her latest performance, which finished with 202 leaderboard points, vaulted her squad to a 12-10 victory over Team Arsenault to complete Thursday’s doubleheader at USA Lacrosse Headquarters.

Moreno, who enjoyed a record-setting week in her professional debut during Week One, continued her assault on the leaderboard with her third consecutive game with 200 or more points. The rookie netminder from the University of North Carolina tallied 13 saves, including nine in the first half, along with a caused turnover while claiming MVP 1 honors.

But, Moreno’s squad had plenty of help on the offensive end of the field. Attacker Cortney Fortunato, who was limited to just one goal in her first three games, exploded for four goals and one assist in the win and claimed MVP 2 distinction en route to 167 leaderboard points.

Rookie attacker Jamie Ortega completed the MVP trio after scoring a goal with an assist to finish with 112 points. Midfielder Lindsey McKone followed with 107 points on the strength of three goals with two draw controls.

Attacker Kenzie Kent and midfielder Ally Kennedy each netted three goals in a losing effort for Team Arsenault, which was held scoreless in the third quarter after battling to a 7-7 tie at the intermission.

Trailing by a 7-5 margin with 1:52 remaining in the second quarter, McKone ignited a six-goal outburst for Team Moreno with an unassisted marker. The squad held Team Arsenault off the scoreboard for over 14 minutes while building an 11-7 advantage.

Moreno’s third consecutive 200-point effort propelled her to a 133-point lead over attacker Sam Apuzzo, who closed the day with 650 points. Fortunato’s efforts elevated her leaderboard position by 14 spots.