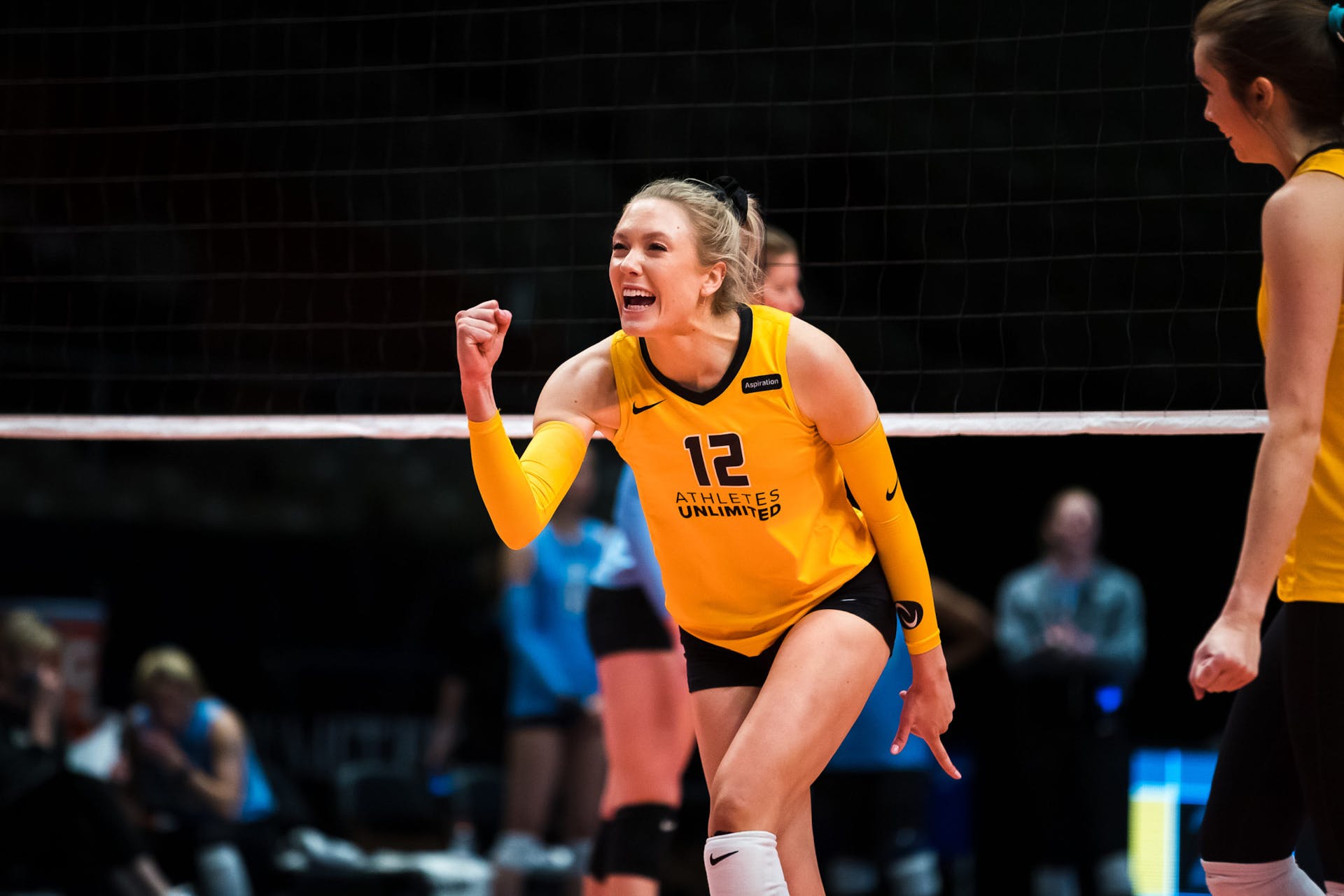 Much like you would on the first day of school, Lauren Stivrins had some nerves arriving at Athletes Unlimited. She was unsure about making friends and all the new people she would meet.

But what’s nothing like the first day of school is that her “classmates” are legends in their sport, some the greatest competitors in the world.

“I was nervous for the volleyball aspect because I knew that there were a bunch of older players, some that I’d watched play in college, as I was a high schooler,” Stivrins said.

Those veteran players include the likes of Sheilla Castro, who has two Olympic gold medals with the Brazilian national team and Bethania De La Cruz, an eight-time gold medalist on the international stage.

"Betty and Sheilla see the game in slow motion. They have a way of anticipating what's gonna happen before it even happens."

What Stivrins didn’t expect is the way the veteran athletes in the league welcomed and embraced the younger players.

“They all have a lot of great input and when we were playing. Betty would have something to say. Something that I personally hadn’t heard,” Stivrins explained. “What she sees versus what I see are two completely different things. It’s so nice to have that perspective and to have it be from someone who is genuine and trying to help me and teach me to be my best.”

When Stivrins was on Team De La Cruz’s team in Week 1, the captain was able to adjust to hitters like Falyn Fonoimoana mid-game and she passed that knowledge along to her middle blocker.

What De La Cruz saw is that Fonoimoana hits on the way down from her approach but Stivrins assumed she was early on the block. Instead of going early when Fonoimoana is set for the kill, she had to adjust to wait and go later than she would expect – otherwise she’ll tool her opponent.

“Betty helped me get that timing down. She would talk me through as we were going up to block,” Stivrins said. “She’s like, ‘Wait, wait, wait, wait.’ And I just wanna go, go. She’s very calm and patient.”

It’s leadership like this that calmed Stivrins throughout the first week of competition. She hadn’t competed in six-on-six volleyball since she played in the national championship game in December and immediately felt the jump in speed at the professional level.

Let's just talk about how @LaurenStivrins will have played a full NCAA volleyball season, had back surgery, played another NCAA season & played a professional season all within 18 months.

& absolutely THRIVED in all of it as she's become one of the top players for @AUProSports. https://t.co/uY0C6hUTl7

It’s safe to say Stivrins made the adjustment – and quickly. In the first week of games, Stivrins picked up 16 kills and led the league in blocks with 11. Her 220 stat points paired with 380 win points competing on Team De La Cruz shot her to fourth on the leaderboard and in the captain’s seat at the draft on Sunday.

“Instant stress,” Stivrins laughed. “Not that I wouldn’t wanna be a captain – I’m so grateful but I just would’ve liked to get my feet under me just a little bit more before all of this happened.”

That’s not to say she hasn’t had the moment every athlete feels their first year as a pro. The moment when they think to themself, “Geez, I’m a rookie.”

For Stivrins, it was opening night and her team was heating up, playing well and everything was clicking. The other team committed an overpass; it headed right over the net and towards her.

“I jumped to hit it a little bit too early and I completely missed the ball. It was just so embarrassing,” Stivrins cringes as she recalls it.

“But at the same time it was so nice because the first thing [Sheilla] said was, ‘We’ve all been there’. Then Betty’s like, ‘You get the next ball it’s okay.’ That was my rookie moment but luckily I had them.”

Coming into the season, Stivrins set goals for herself that she wrote down to focus on when she competes: stay injury free, have a tough serve and be the best blocker at Athletes Unlimited.

Chatting with @LaurenStivrins about her goals for the season, she mentioned that wanted her serve to be tough and consistent.

The work she's put into it shows – with this ace she now leads the league with 6! #AUVB | @AUProSports pic.twitter.com/6RPLQUXO4d

What she’s realized is that in order to meet these goals as a pro she has to have the discipline to do it on her own. There’s no coach, trainer or team to hold her accountable, to push her harder in practice or spend time in the weight room. She’s on her own for that now.

Along with those goals she’s scribbled down she’s committed to being comfortable being uncomfortable. Meeting new people, being a captain and playing volleyball at a higher level.

Amongst all this though there are three things she wants to take away from her rookie experience at Athletes Unlimited and that’s connections, friendships and memories.

“I know that volleyball is gonna be in my life for many years to come but these women might not be to the same degree. I think that this is such a unique group of women. I don’t think we’re ever gonna get all these people back in the same room together. So just enjoying my time with them here.”