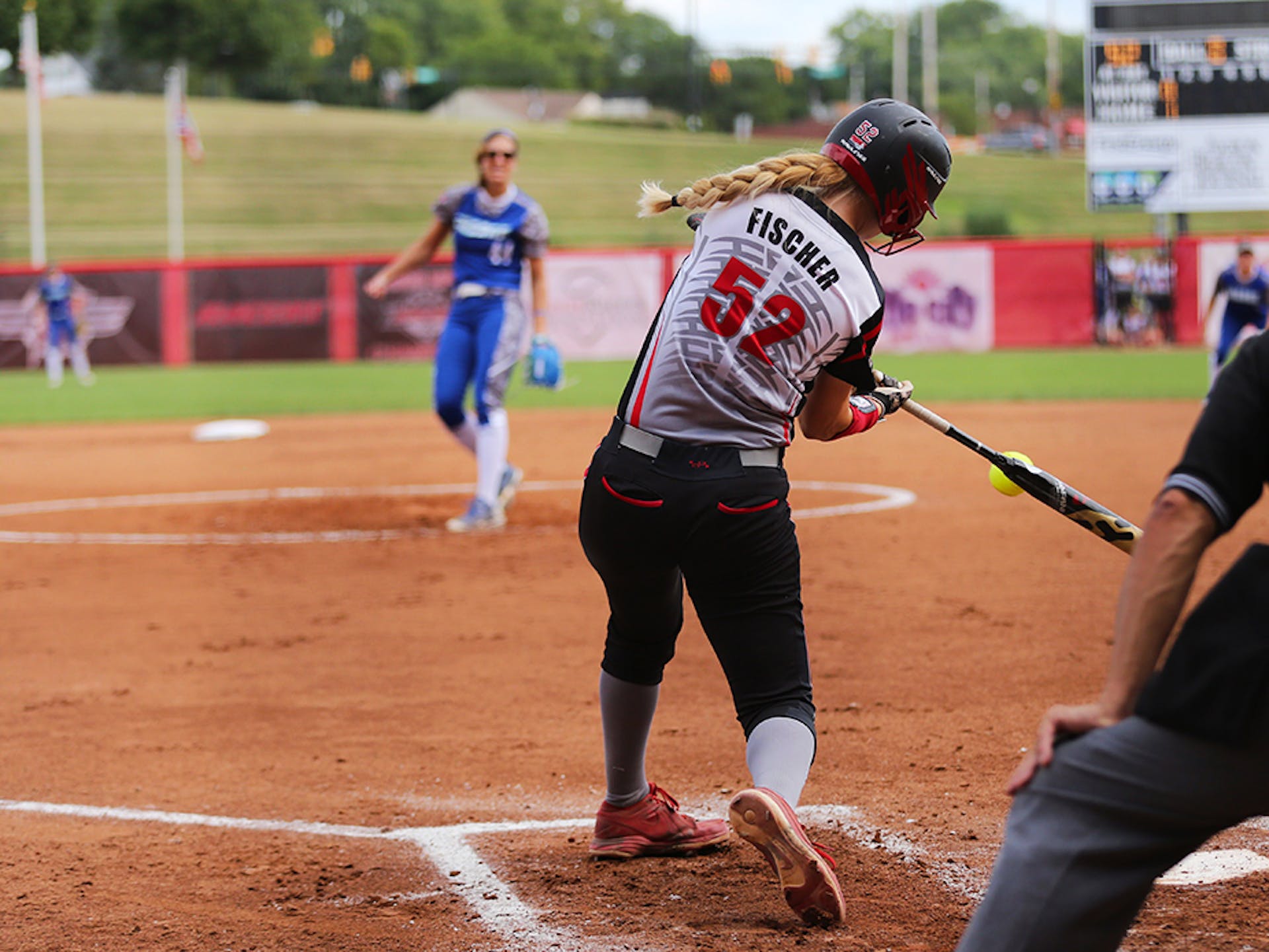 Sam Fischer always wanted to attend college close to home in Southern California, but she wasn’t sure which was the best fit until her sophomore year of high school, when fate finally began to settle in.

As Fischer was warming up for a game held at a multi-field complex, Gary Ferrin, then the head coach for Loyola Marymount University (LMU) softball, was lost trying to get to a different field. Ferrin decided to sit down and check out the game that was about to start.

“My dad was in the stands sitting right in front of Coach Ferrin as I was hitting,” Fischer said.

“And my dad said, ‘Well that kid is my daughter.’”

That exchange went on to pave Fischer’s successful path. Following the game, Fischer’s father informed her that LMU was interested in beginning the recruiting process with her. She had never heard of the school before, but wanted to at least give it a chance.

“Everything checked off the list. I liked the small classroom environment. It’s only 45 minutes from home,” Fischer said. “I was given the opportunity to start as a freshman. It makes me feel like everything was aligned, that this was meant to happen.”

With offers from bigger programs such as Brigham Young, Purdue and Cal State Fullerton, Fischer couldn’t deny the connection she had to LMU. It was where she was meant to play.

Of the 56 players who fill Athletes Unlimited’s roster, Fischer attended one of the smallest colleges with an undergraduate enrollment of 6,700 (according to USNews.com).

“I felt like I had to go above and beyond the girls I was competing with in order to be noticed, especially to earn an All-American spot,” Fischer said. “I had to not only play on the same level as the shortstops at schools such as UCLA and Arizona State, but I had to be 100 batting average points higher or have 10 more home runs.”

And she did just that. From the moment Fischer laced up her cleats in a Lions uniform for the first time in 2009, she was the best player on the field.

She led the team with a .360 batting average as a freshman. As a senior, she became the first All-American in school history by leading all Division I players with a .492 batting average, on top of 23 home runs and 59 RBIs.

Fischer concluded her illustrious collegiate career as LMU’s leader in nine offensive categories. In 2019, she was inducted into the Loyola Marymount Athletics Hall of Fame and had her No. 52 jersey retired.

Despite never having the chance to attain her goal of getting to the Women’s College World Series, she feels that LMU was the perfect school for her because of the freedom she had in her style of play.

“There are types of swings and types of players and you can tell where they went to school. That was never us (LMU). My coach let me be myself. They didn’t want the program to be cookie cutter,” Fischer said.

My coach let me be myself. They didn't want the program to be cookie cutter.
Sam Fischer,
Athletes Unlimited Infielder

One March afternoon during her senior onslaught, Fischer found herself in the situation of a lifetime.

On the road against the University of South Florida, LMU trailed 4-3 in the fifth inning. Two runners were aboard with Fischer stepping into the box. Moments later, she crushed a moonshot to deep centerfield, which was the eventual game-winning home run.

USF head coach Ken Eriksen is also the coach for Team USA, and before Fischer was able to come back down from the adrenaline rush of that game-winning home run, she had a spot on the national team roster following graduation.

She went on to compete for Team USA in 2012 and 2014-16, hitting .308 with four home runs in World Cup competition, and .330 in all games. After winning a couple of gold medals, Fischer finally started to feel that she wasn’t the small-school player trying to prove to everyone that she belonged.

“It was crazy for me, that feeling of going out there confidently was such a wild experience,” Fischer said.

“My goal was always to reach Team USA. That was my life dream, but when I got there, it seemed like there were more opportunities in the softball world that I didn’t know about.”

Following her time with Team USA, Fischer made her professional debut with the Akron Racers of National Pro Fastpitch in 2016.

Once she got there, that feeling of inferiority began to resurface as she recognized some of the women who played in the College World Series a few years back. It seemed every player came from a premier softball program besides her.

But, after plenty of time at the pro level, Fischer started to shed that frame of thinking. She knew she deserved to play alongside everyone else.

“That’s something I’ve had to try and overcome the last few years. We’re all out here playing the same game on the same field. I remind myself that, even though I felt that way in college, at this point, we’re all pros, it doesn’t matter where you came from,” Fischer said.

Fischer went on to spend time with a number of professional teams, including two seasons in the Japanese Professional League. She signed with the NPF’s newest team, the California Commotion, in January.

As Fischer gets ready to step on the field for Athletes Unlimited’s inaugural softball season, a ton of experience comes with her. It may have a slightly different feel to the previous leagues she’s participated in, but she is confidently prepared to get back on the diamond.

“I’m super excited to see how it all plays out. An incredible amount of research and mind power has gone into this, Fischer said. “I like the idea of new teams every week. I don’t think they’re trying to re-invent the wheel, it’ll just be more exciting.”