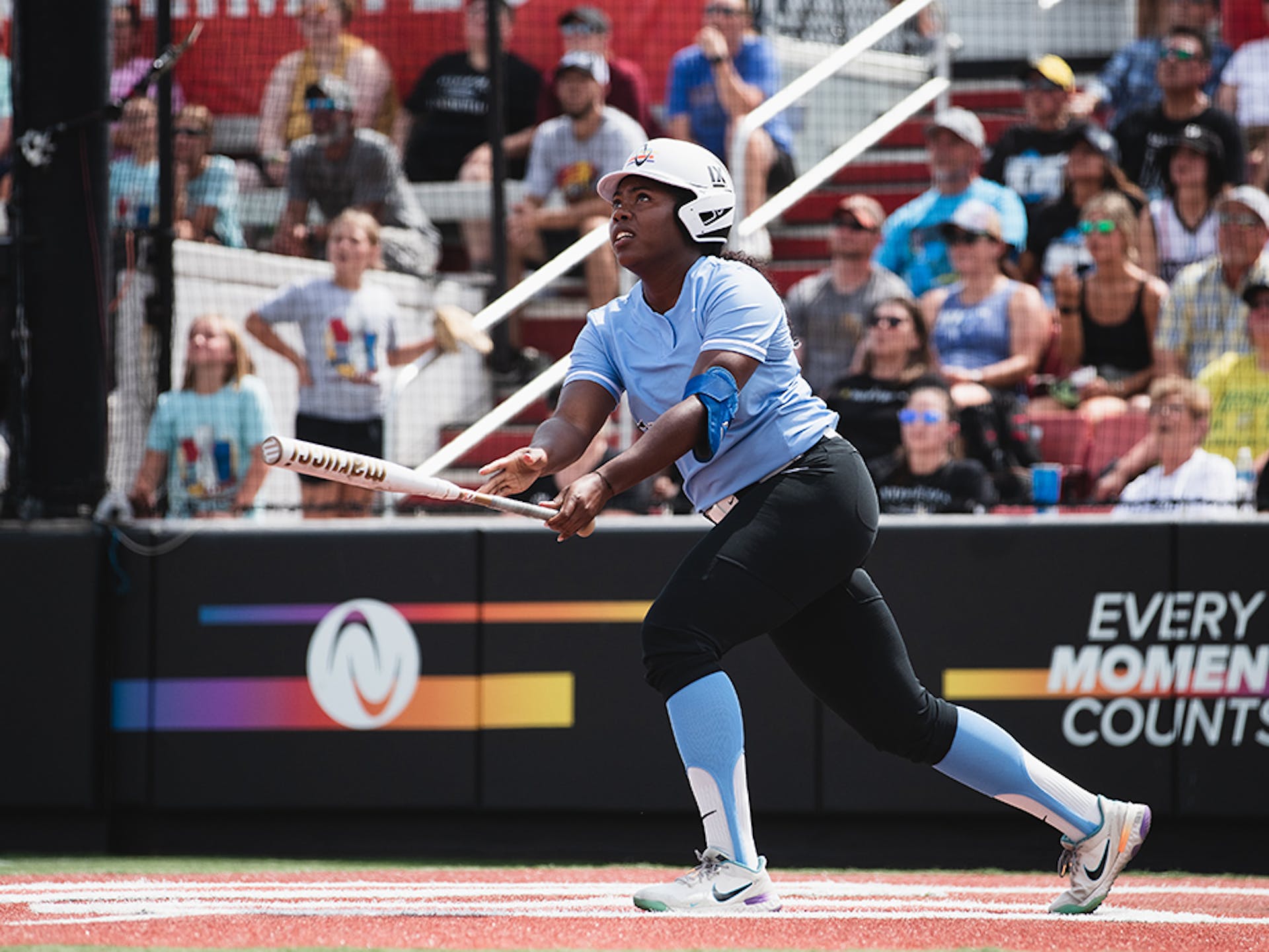 ROSEMONT, Ill. — Pitcher Alyssa Denham and her teammates have done everything they can do to keep her in the top spot of the leaderboard. Now, the waiting begins.

Team Denham surged to a 4-0 lead and held off a comeback attempt by Team McCleney to claim a 6-3 triumph in the penultimate game of the 2022 Athletes Unlimited Softball Championship Season at the Parkway Bank Sports Complex on Sunday afternoon.

The win allowed Denham to finish with a perfect 3-0 record in her first week as captain, while Team McCleney closed the final segment of the season with a 2-1 mark.

Denham, who upped her record to 6-0 in the circle, allowed three runs on three hits with one strikeout over 4.0 innings before handing the ball over to Rachel Garcia. Garcia completed the victory by scattering just two hits in the final 3.0 frames, earning her league-record third save of the season.

Garcia claimed the MVP 1 award to tally 196 leaderboard points in her final outing of the season, while Denham followed with 138 points after receiving MVP 3 recognition.

Outfielder Haylie McCleney secured MVP 2 distinction in her final appearance of the season after going 2-for-4 with a single and double. McCleney, who fashioned 88 leaderboard points, stands in second place with 1,650 leaderboard points entering the season finale between Team Chidester and Team Mulipola.

Team Denham used a pair of home runs in the first two innings to sprint out to a 4-0 lead. Corner infielder Tori Vidales got the scoring started with an RBI double in the first inning before Sanders followed with her two-run homer to left field. A solo home run by right fielder Danielle Gibson to lead off the second inning upped the advantage to 4-0.

Garcia continued her late climb up the leaderboard by moving into sixth place after a five-position improvement on Sunday. In addition, Jaquish entered the top four spots in the league standings and holds third place pending the results of the season finale.