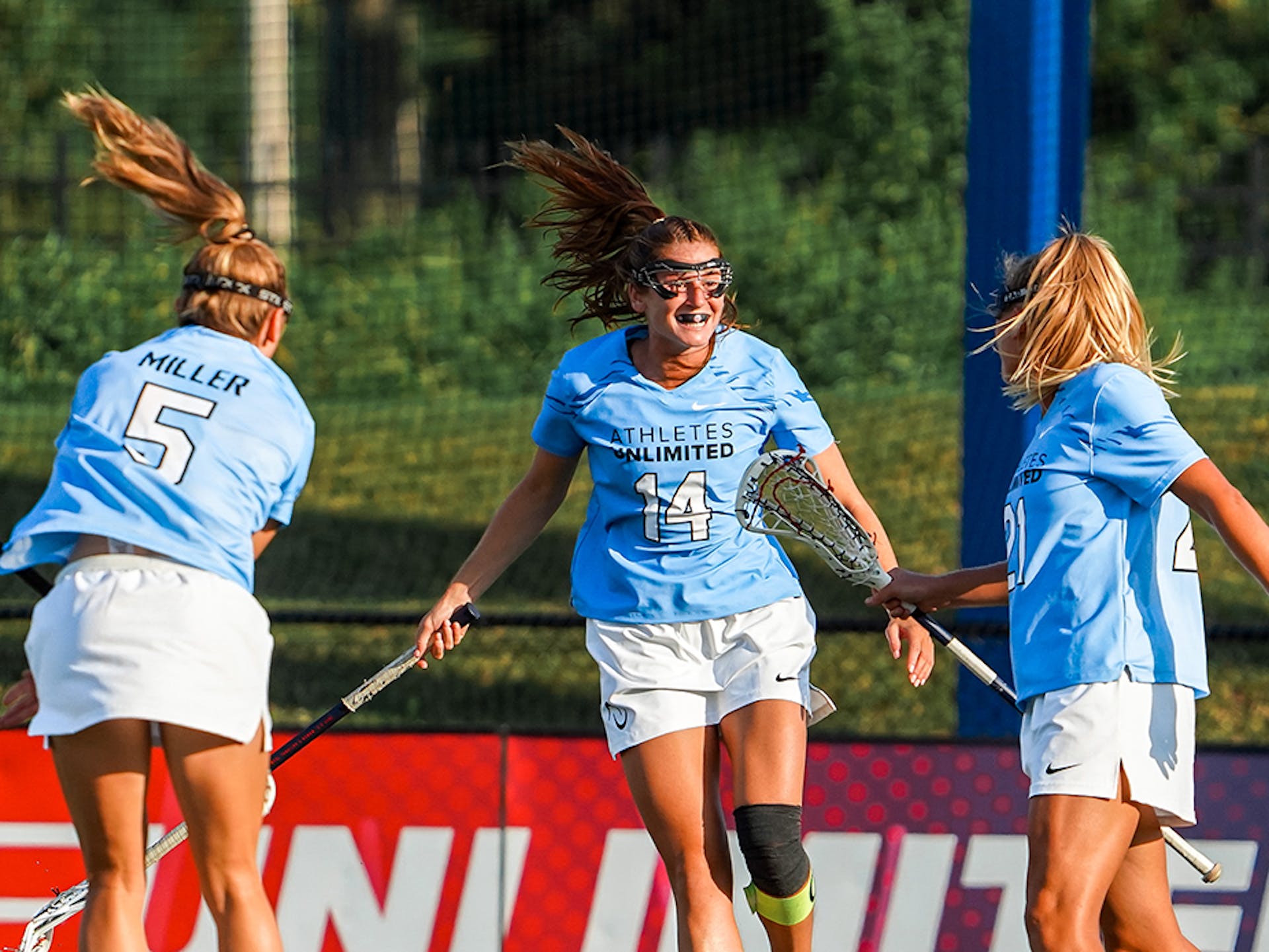 Led by two goals from four different players, Team Apuzzo secured all 125 win points and earned the first victory of Week Two with a 12-6 dismantling of Team Johansen in Athletes Unlimited Lacrosse action at USA Lacrosse Headquarters on Thursday afternoon.

Attacker Sam Apuzzo’s squad claimed 11-of-12 quarters during the opening week and the success kept going in Thursday’s opener as Team Apuzzo swept the four quarters, including a 4-0 blanking in the final frame, to post the second win point sweep of the season.

Apuzzo, meanwhile, continued her strong play by racking up 183 leaderboard points after scoring twice with a ground ball and a caused turnover in addition to securing the game’s MVP 2 designation.

Midfielder Katie O’Donnell and attacker Charlotte North each added two goals in the victory for Team Apuzzo, which outshot Team Johansen by a 30-21 margin.

With the score tied at 6-all, Team Apuzzo registered the final six points of the contest while holding Team Johansen scoreless for the final 14-plus minutes. North’s two-point goal with 2:33 left in the third quarter gave Team Apuzzo an 8-6 lead the squad did not concede.

Apuzzo’s 183 points moved her into the top spot on the leaderboard with 650 points. Meanwhile, defender Lizzie Colson rose four spots into the No. 4 position following her 143-point performance.

Learn more about the history of champions and medalists in Athletes Unlimited Basketball.
Softball