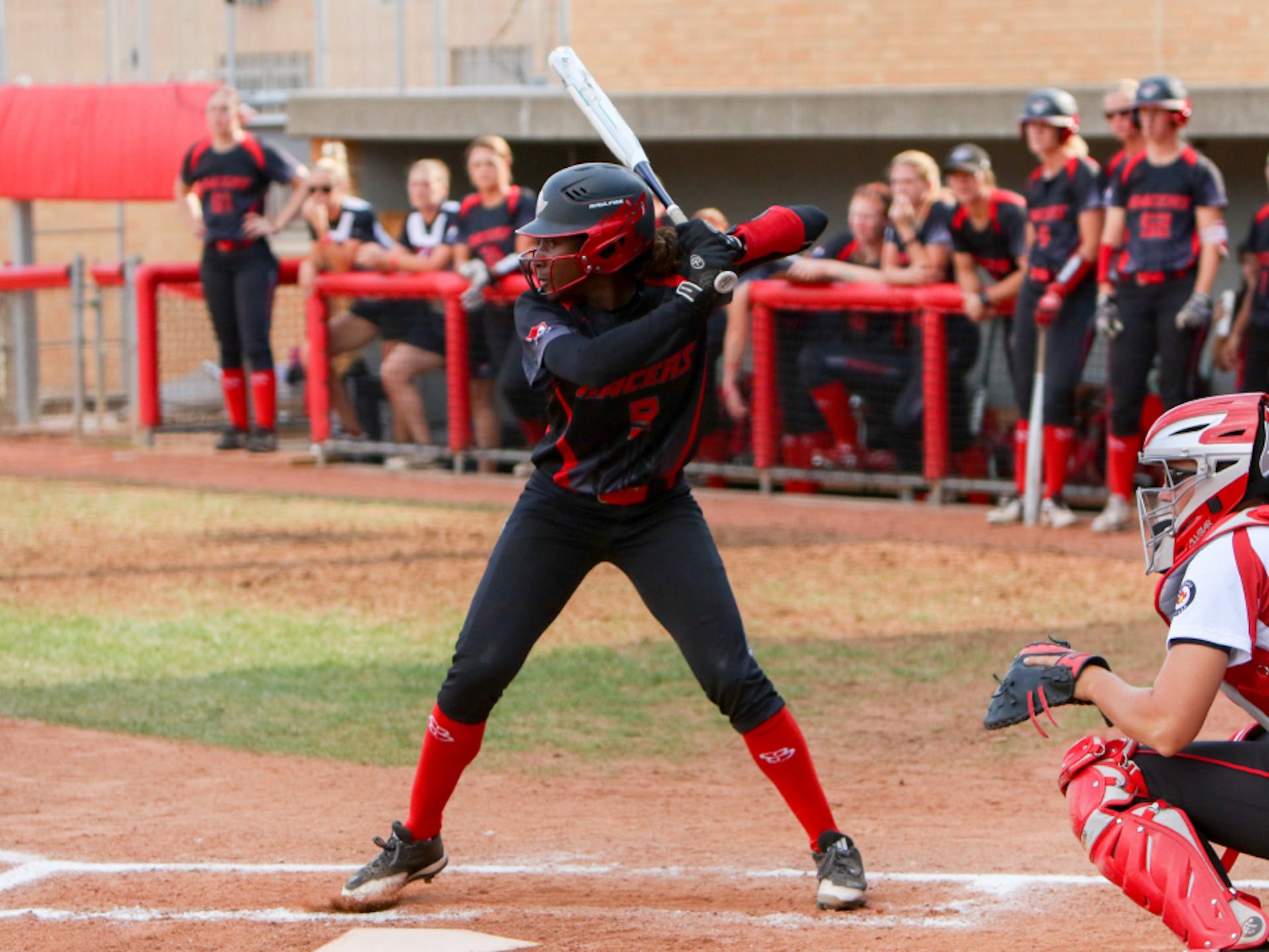 AJ Andrews is not afraid of the spotlight, so it’s no surprise that after Jaque Reid of the Tom Joyner Morning Show dubbed her the Beyonce of Softball, that Andrews decided to embrace her new nickname. “They introduced me as such and I was like, ‘You know what? Thank you, I’m rolling with it,’” the LSU alumna told Athletes Unlimited.

When Andrews isn’t making a guest appearance on a nationally syndicated radio show, she is hosting ESPN specials, podcasts, and YouTube shows while taking professional softball by storm. Her latest boss? Andrews will be one 56 of the world’s best softball players to compete in inaugural Athletes Unlimited softball season at Parkway Bank Sports Complex, home of the four-time NPF champion Chicago Bandits.

In 2016-17 college softball teams reported $450 million in revenue, according to the latest report by The Department of Education. Despite a long-lasting deal with ESPN to air college softball, the NPF does not garner the same attention. Andrews believes Athletes Unlimited could serve as a case study to the proverbial “chicken or the egg” question associated with women’s sports marketing.

“[The NPF] truly is a gathering of the All Stars of college softball. So it really doesn’t make sense how that doesn’t translate into pro sports,” said Andrews.

While college softball is consistently on ESPN, softball fans cannot consistently cheer for their college favorites once they transition to a professional league. Not yet, anway.

“It’s really hard to engage and to continue to get those fans, when they don’t have an opportunity to watch. I think what Athletes Unlimited will be able to do is continue to market to those fans,” said Andrews. The innovative model, she believes, will help.

Athletes Unlimited will do away with stagnant rosters synonymous with the traditional sports model. Instead, team captains will select their rosters each week and players atop the leaderboard will earn the right to draft their team for the following week.

“For a lot of fans, sometimes it’s not even the sport they’re interested in, it’s the competitiveness of drafting, the competitiveness of the fantasy leagues. So, bringing that into softball, I think it’s only going to widen the range of fans and it’s going to continue to market to different people that maybe aren’t necessarily typical softball fans,” she stated.

To that end, there is more to being the Beyonce of Softball than becoming the first woman ever to win a Rawlings Golden Glove Award in 2016. Bey handles business on and off the stage, and so does Andrews.

Away from the diamond, Andrews has established a burgeoning broadcast career. After hanging up the cleats, she initially wanted to be a sports agent. That is until softball legend and Athletes Unlimited board member Jessica Mendoza suggested she try on-camera work.

After Andrews got her feet wet with her own YouTube show My Way with AJ, she was hooked. Since then, she has worked with ESPN, The Players Tribune, and more. With every on-camera role she secures for herself, Andrews hopes she can engage athletes, media, and fans to follow pro softball.

“It’s not easy to watch softball, at least professionally. If I can do as much as possible off the field to continuously bring people to the field, that’s 100% what I would love to do –– as well as being able to scratch my entrepreneurial itch every step of the way.”

Her latest media endeavour will be Hard Headed, an Athletes Unlimited podcast where Andrews and her guests will talk about what it takes to succeed in softball. In a sport where a .300 (3-out-of-ten) or better success rate is elite, she hopes the podcast will shine light on the process that leads up to the performance on the field.

“We really want to be able to dive in the minds of those athletes and tell that story so that every young athlete that inevitably is going to face failure, can kind of figure out how to overcome it.”

Andrews’ interests go beyond establishing herself in the sports world, though. She hopes to launch her own skincare and fashion lines in the near future.

“I have a lot of things I want to achieve in this life and I feel like I can do it all. In regards to being the Beyonce of softball, I’ve tapped into not just being a performer on the field but also someone that is about her business. And someone that knows the moves I can make off the field will only help on the field.”

Andrews has experienced her fair share of setbacks and times where she felt her talents may have been overlooked. However, it is the moments where she put in the extra effort that have made the biggest difference.

“Everything that once seemed impossible, something extraordinary had to happen in order for it to now be possible,” said Andrews.

Or, as AJ’s namesake might say, “I’ma keep running. Cause a winner don’t quit on themselves.”