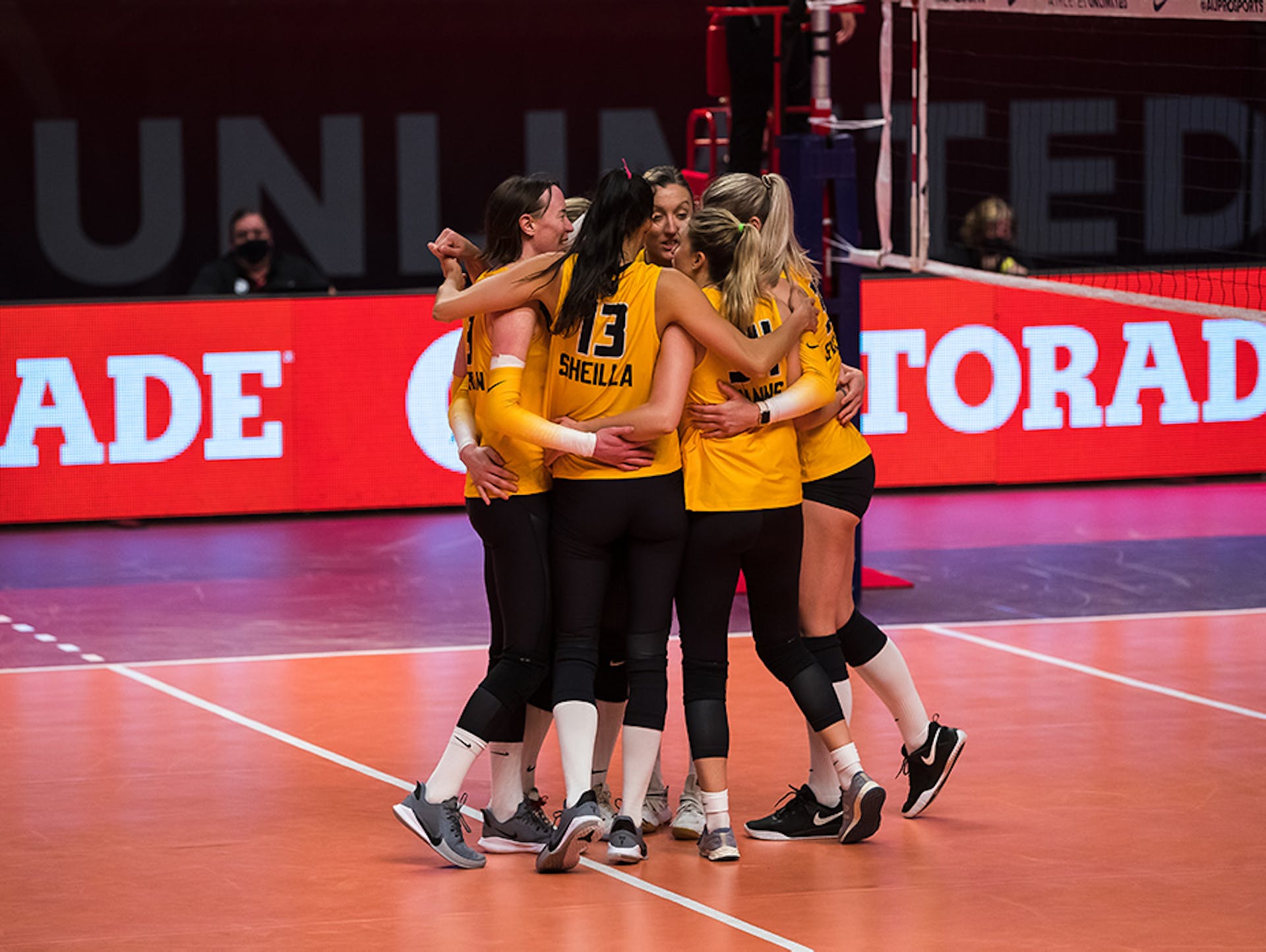 Athletes Unlimited completed its inaugural Volleyball College Draft this evening on Facebook and YouTube inviting nine of the NCAA’s top players to join contracted returnees and free agents to that comprise 44 of the sport’s best competitors for its second season to be held at Fair Park Coliseum in Dallas, Texas, March 16 – April 16.

All 30 Athletes Unlimited volleyball games will broadcast or stream around the world as part of an unprecedented distribution package that will be announced in the near future. For updated ticket information and COVID-19 safety protocols, please visit https://auprosports.com/tickets/volleyball/.

“Athletes Unlimited is excited to celebrate some of the best players in the 2021 graduating class and recognize their incredible collegiate careers,” said Cassidy Lichtman, head of the Volleyball Player Executive Committee. “This is really the first class in decades to have the opportunity to play in their home country straight out of college, and we hope to see them all in an Athletes Unlimited jersey in the future!”

“I want to congratulate the talented collegiate players selected to join our world-class roster of players from around the globe, including USA Team Captain, Gold medalist and Athletes Unlimited defending champion Jordan Larson who will compete during our second volleyball season starting March 16,” said Jon Patricof, CEO and Co-Founder of Athletes Unlimited. “We also look forward to hosting fans at all 30 of our games at Fair Park Coliseum this season to watch these incredible athletes in person.”

The draftees were introduced by members of the Athletes Unlimited Volleyball Player Executive Committee and there is no specific ranking in the order of the athletes.

Mac May is the only player in UCLA history to have led the team in kills in four seasons. She is a two-time Pac-12 Player of the Year, becoming the second player in program history to win the award twice. On November 26, 2021, May surpassed 2,000 career kills, making her the first Bruin to achieve the feat in the rally scoring era (fourth in history).

She earned AVCA and Volleyball Magazine All-American honors in 2021 (spring) and 2019. She has also been named AVCA All-Region twice and All-Pac-12 three times.

Stephanie Samedy became the first ever freshman at Minnesota to garner First Team All-America honors in 2017, leading the team with 478 kills and all Big Ten in kills per set (4.05). She was also named a unanimous All Big Ten and Freshman All-Big Ten selection.

In four seasons since, Samedy has continued to grow her footprint in collegiate volleyball history. She is a four-time First-Team All-Big Ten selection and is the only player, besides Dana Rettke, to earn AVCA All-American honors five times.

Samedy is the second player in conference history to eclipse 2,000 kills and 1,500 digs.

Since her freshman season, Dana Rettke has established herself as one of the most dynamic players on the court at Wisconsin. Following her freshman campaign, in which

Rettke has continued her success in each season since. She became the first four-time, first-team All-American in program history, and was named 2019-20 Big Ten Female Athlete of the Year and 2019 Big Ten Player of the Year.

Yossiana Pressley has accumulated many recognitions throughout her five years at Baylor. Entering her extra year of eligibility due to the COVID-19 pandemic, she was unanimously named a Preseason All-Big 12 selection. Throughout 24 matches this season, she had recorded 399 kills.

She led the country with 488 kills in 2020 and became the Baylor career kills leader during the rally scoring era with 1,942 kills. As a junior in 2019, she was named AVCA and ESPNW National Player of the Year after helping the Bears to their first Big 12 title and NCAA National Semifinals.

She became the first freshman in Big 12 history to lead the conference in points (4.85 per set) or kills (4.27 per set), which earned her Big 12 Freshman of the Year.

Pressley owns the Baylor record for single-match (five sets) kills (39) which she set during her sophomore season. She is a three-time AVCA All-American (2018, 2019, 2021) and four-time All-Big 12 First Team selection.

Avery Skinner became an NCAA National Champion in 2020 as a senior at the University of Kentucky. She was named an AVCA First-Team All-American, All-SEC and a finalist for NCAA Woman of the Year.

After four years with the Wildcats, Skinner joined the Baylor Bears for her graduate season. She was a unanimous Preseason All-Big 12 selection, has recorded 308 kills and 13 aces across 25 matches this season.

Brionne Butler has led the way as a middle blocker for Texas. In 2020 she led the Big 12 Conference with 1.48 blocks per set and a .430 hitting percentage which ranked 11th in the NCAA. She led the nation with 147 total blocks, earning her First Team AVCA All-American and First Team All-Big 112 honors.

Butler was also named a unanimous 2019 All-Big 12 First Team selection. Over the course of her collegiate career, she has amassed 469 total blocks and 718 kills.

During the 2021 season, she tallied 97 total blocks and 167 kills as the Longhorns captured their fifth consecutive Big 12 Conference Championship. She earned her third

Stevenson has been a force on the court for Louisville, both offensively and defensively. Throughout her three seasons as a Cardinal, she has accumulated 631 kills and 338 total blocks. She ranks in the top 20 in the country in blocks (142) and blocks-per-set average (1.34).

Prior to joining Louisville, Stevenson played two seasons at Auburn University where she set the single season blocks per set record in 2018 (1.15).