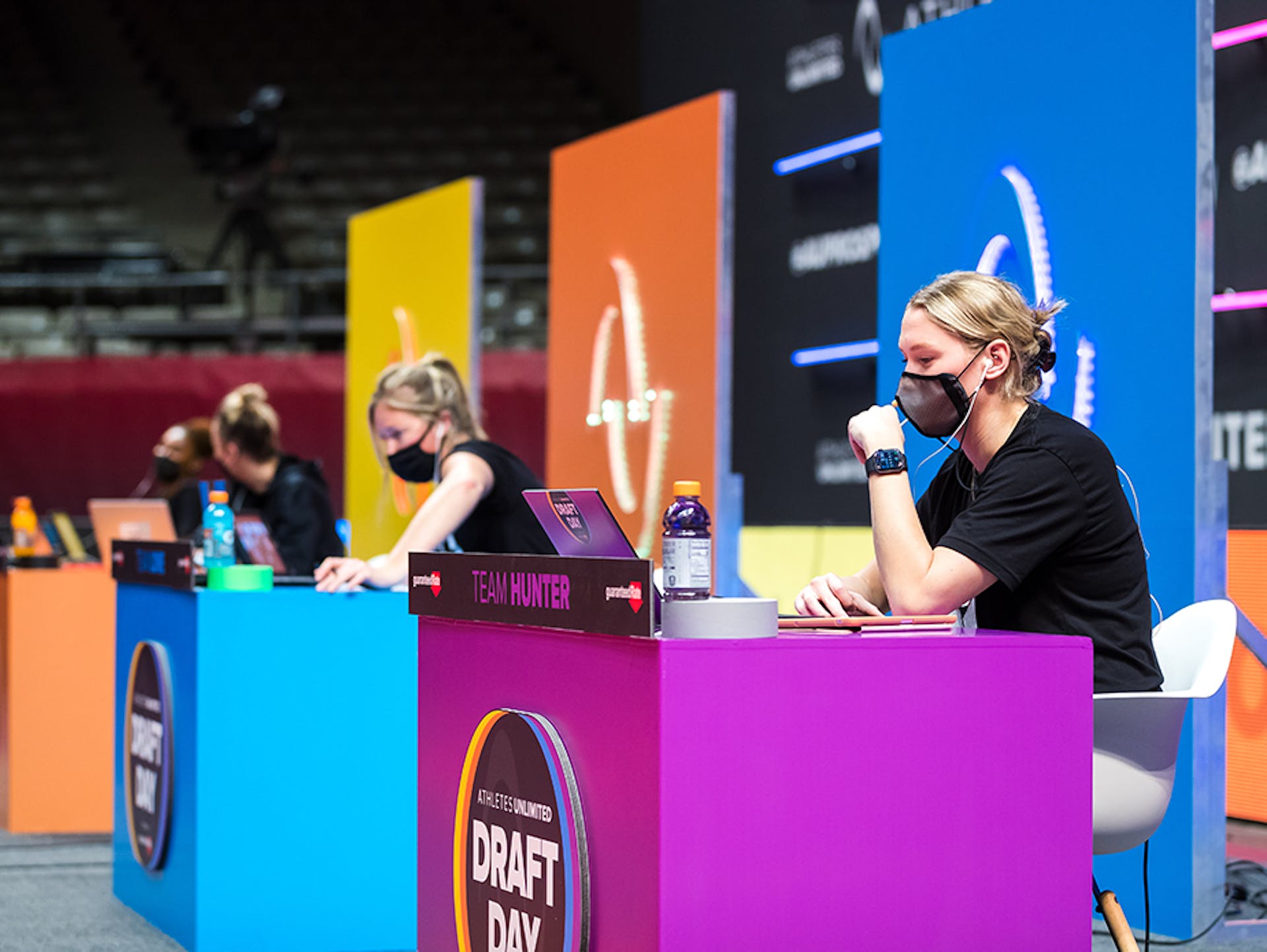 Outside hitter Leah Edmond was selected as the No. 1 pick for setter Kelly Hunter (Purple) in the Week 4 draft. Edmond has been a captain for the past two weeks in the No. 3 spot (Blue), but only one match win with her team throughout the weekend meant she lacked the win points to retain her spot.

However, Edmond had a strong individual performance that made her a strong pick as the first selection of the draft. During Week 3, she gathered 37 kills for a .272 attack percentage, in addition to a consistent serve receive performance.

The order of the draft for odd rounds is Hunter (Purple), Karsta Lowe (Blue), Jordan Larson (Orange), and Bethania de la Cruz (Gold) and for even rounds the order is reversed.

Team De la Cruz went undefeated in matches for the weekend, allowing two of her teammates, Hunter and Lowe, to elevate their leaderboard positions to become captains.

Lowe chose setter Brie King as her first pick of the draft. King was on Team Larson the previous week and had 128 assists, 45 digs, and three blocks.

“We were kind of going for the defensive a little bit, so taking her from Betty [de la Cruz] or Jordan,” Lowe said. “Jordan obviously worked well with her over the weekend, so that was kind of our thinking.”

De la Cruz improved from her position at second on the overall leaderboard the prior week to first place. Entering the final match of Week 3, it was unclear if De la Cruz would be able to overtake Jordan Larson’s position at the number one spot, but a Team De la Cruz win allowed her to seize the No. 1 spot.

Larson had the third pick of the draft and chose opposite Ebony Nwanebu in the first round. Nwanebu was the captain of Team Purple over the weekend and acquired 38 kills.

In the fifth round, Hunter chose the first libero to be taken in the draft, Nomaris Vélez Agosto. The selection separates Vélez Agosto and De la Cruz for the first week since the season has started, but Hunter and Vélez Agosto have also played together for the last two weeks.

The Week 4 Draft was Hunter’s first time as a captain and she worked closely with her volleyball coordinator Jamie Morrison to decide who to select.

“[Jamie and I] came up with a tier system for this, ‘This is our number one and then if we don’t get them, we’ll go to this next tier,” Hunter said. “We had a really good plan and I think he was good at looking into the future and saying ‘this person might get taken based off of the positions,’ so we knew exactly who we were going to pick based off of who was available. That was nice because there wasn’t a lot of deciding in the moment.”