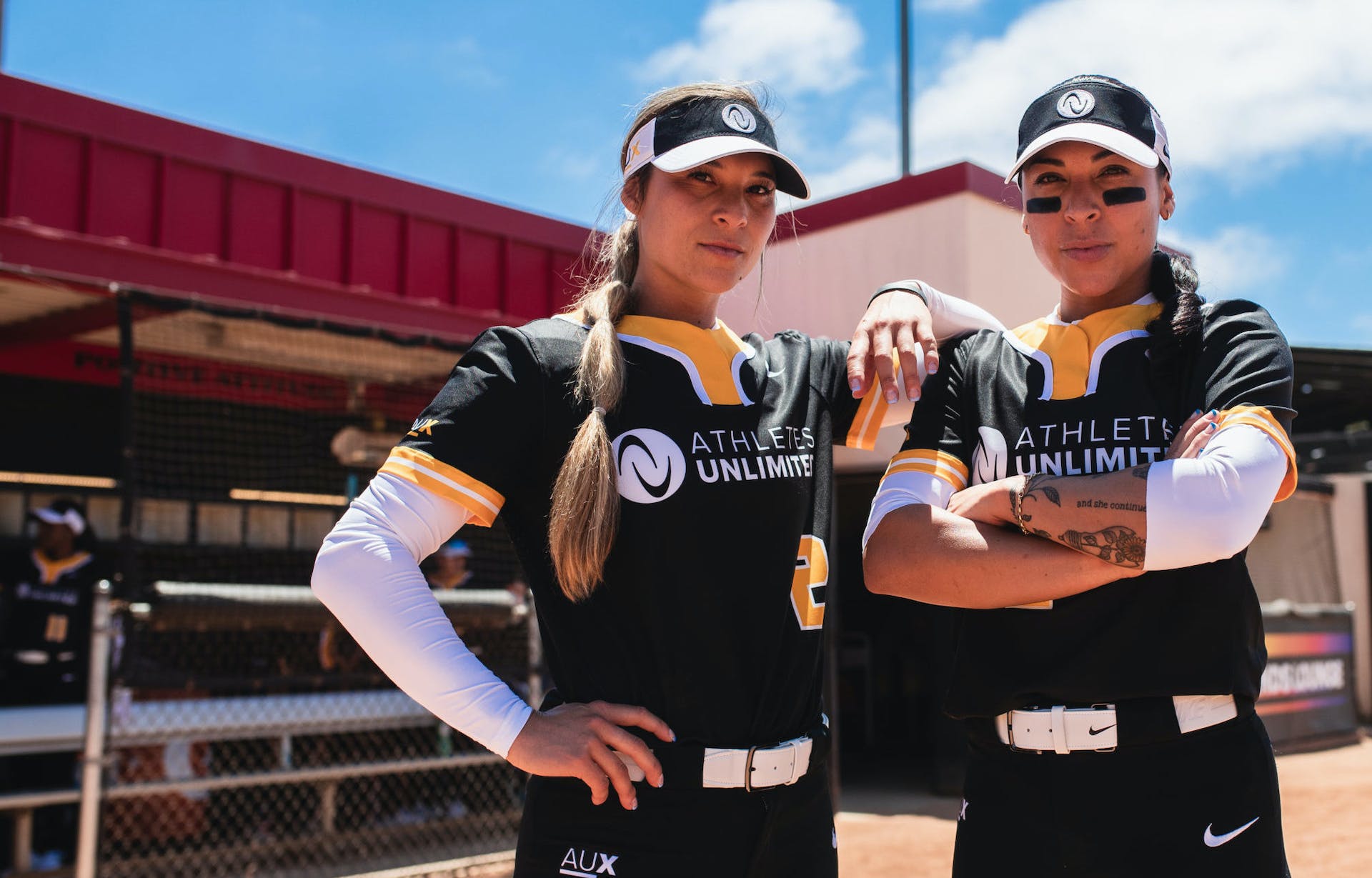 The love behind a name: the Romero family

The Romero household has always been competitive.

The oldest siblings, Sierra and Sydney, would race to the car as kids to see who was faster. As Mikey and Sophia, the younger of the four got older, they all contended in the batting cages to test who could hit the back of the net most.

It’s in that backyard batting cage in Temecula, Calif., and across the southern region of the state that Sierra and Sydney developed against some of the best in softball. The story of the familial power duo is familiar to fans: one went to Michigan to set NCAA records, the other to Oklahoma to win multiple national championships. All the while both were stellar middle infielders. They’re the most well-known siblings in the sport.

As their professional journeys have taken them around the world, timing and injuries have held the siblings back from reuniting on the field.

Thirty-two and two, shortstop and second base.

A lifetime of softball led to AUX being the moment that brought not only the set of sisters together but their whole family. “We felt that connection being back in the middle together and it was the same thing in high school,” Sydney said. “And to see our family in the stands, just being able to see that their first time seeing us play really professionally together, it was really special.”

It’s no small task to raise a kid chasing their athletic dreams to the highest level. Melissa and Mike Romero do it for four: fees for travel balls teams; packing snacks and lunches; driving to and from the ballpark.

“My parents definitely sacrificed a lot,” Sierra said. “There are things I’m sure they would’ve wanted to do, but instead they were at a softball field for 10 hours because we got to the loser’s bracket.”

From starting tee-ball at age four to Athletes Unlimited at 28, Sierra could always look into the stands and see her parents. This time, they were there for her return from injury. She’s spent over a year training, rehabbing, and recovering from ACL and meniscus injuries.

AUX was her breakout debut. She finished with the third-best batting average in the league, hitting .409. She tied as the RBI leader with 11 and knocked a signature “RomBomb.”

Romo with the solo shot! @Sierrajoy32 hits the first homer of the season ☄️#AUX | @AUProSports pic.twitter.com/D6wcQzzF8D

With the mentality instilled by her dad Mike, she’s always chasing perfection.

“We can go two-for-four and he’s like, ‘What happened those other two at-bats?'” Sierra laughed. “He’s always pushing us and challenging us to do more, be better and never settle.”

Sydney recalled looking up into the stands during an at-bat and mouthing to him, ‘What do you see?’ He commented back and she followed with a hit to left-center.

“All I have to do is look at him,” Sydney explained. “One thing he says, it’ll just click and I’ll get myself going.”

Mike Romero analyzes his kids through the same lens he did for himself. Watching at San Diego State University, it’s even on the same campus as his college career; Mike played four years as an Aztec.

Full circle, meant to be, kismet. Whatever you want to call it, AUX in San Diego is where it all aligned for the Romero family to do what they do best: support one another.

While Sydney and Sierra practiced, Mike and Melissa were at Petco Park with Mikey for the MLB Draft Combine. Then for Mike and Melissa to both to be in the stands for an AUX game day, Mikey drove their sister Sophia to her softball games with the OC Batbusters.

“We really are just like a little team and we just try to help out whenever we can,” Sierra said.

This bond and love are difficult for the sisters to encapsulate in words. Recently, Sierra inked it on her skin. Their legacy, their name: Romero.

“There’s my whole left arm… to me, it’s like a story. Different parts and pieces that I’ve gotten are when I have felt certain ways or things that I’ve experienced,” Sierra explained. “So when I got the Romero tattoo, it’s like the development of me becoming a Romero.”

Family, craziness, love, passion, determination, and a whole lotta good food. All things Sierra and Sydney described are wrapped into the name they wear proudly on their jerseys.

“My arm is hopefully gonna be a collage of different things that got me to become a good Romero,” Sierra added. “I know what it means to my family – my dad and my mom have set great examples of what that means so I just strive to be like them every single day.”

Goalkeeper Molly Wolf is ready for Take 2 with AU Lacrosse