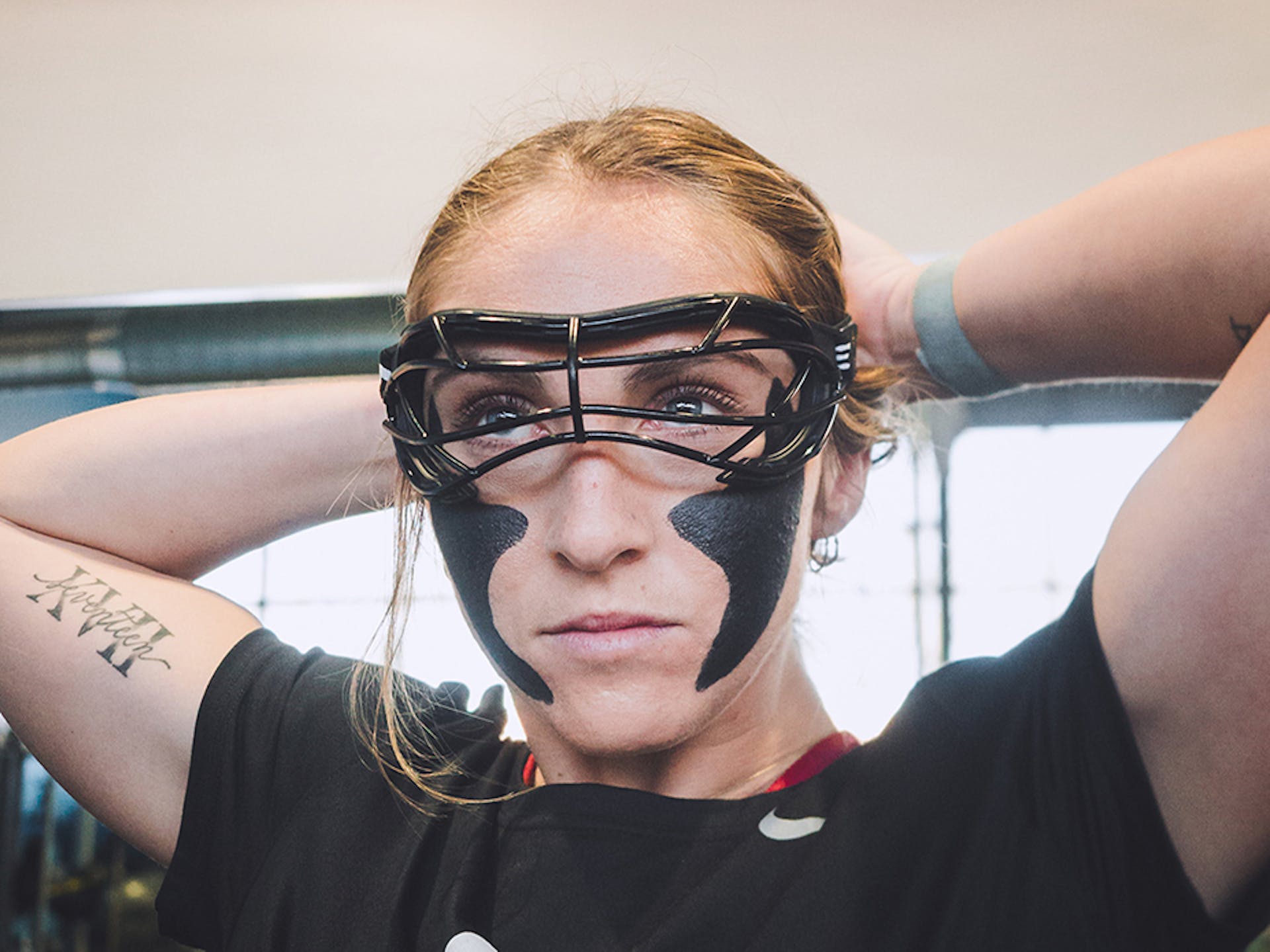 Kylie Ohlmiller: How I made my high school yearbook quote a reality

Want to know my favorite thing? The thing that makes me perform at the best possible level?

There are two different ways you can approach it. You can internalize the doubt and feed into it, helping it to come to fruition. Or you can take that doubt and harness it. You can hold it close and use it as motivation—almost like a benchmark for yourself to prove others wrong.

When I was back in high school, I used to watch teams like Duke, Maryland and especially Northwestern on ESPN every year during the NCAA Tournament. Those were considered the tippy top programs, so to speak, but none of them had much interest in recruiting me out of high school.

I ended up committing to play at Stony Brook. Being from Long Island, it was close to home and I really liked the coaching staff led by Joe Spallina. But when it came to lacrosse, they weren’t exactly a name brand at the time.

I still remember when I said that I was going to play there. The reaction from people familiar with the lacrosse scene was usually, “Oh…. cool” in a tone that could be interpreted as something closer to, Oh, you must not be that good.

And yeah, it kind of pissed me off.

Mostly because I knew it wasn’t true. I’d played on a competitive club team with several girls who were really good and did end up receiving offers from those bigger programs. I was happy for them, but I also knew that I was on their level. What I needed was the chance to really prove it. I wanted to show that some of the best lacrosse in America was being played right on Long Island.

It was a lofty goal, one that most people might keep to themselves, but I chose the opposite approach.

If you open up my high school yearbook and look up my photo, you’ll see a quote. At the time, it seemed kind of laughable — a lot of people thought it was just a joke. But it’s there in plain print, nowhere to hide. I wanted to be on ESPN because that would mean Stony Brook advanced really far in the tournament.

More than that though, my goal was to help change the perception of the Stony Brook program and Long Island lacrosse in general. I wanted girls from my area who loved the game to not feel like there were only a handful of schools worth watching. I wanted them to become Stony Brook fans, to build a lacrosse culture right at home.

To get to that point, it wasn’t going to be easy.

Joe had put the program on the right path. He brought over a winning culture from his time at Adelphi, where they won several D-II national titles. By the time my class got there, the table was kind of set to take the next step.

We got off to a good start after I arrived on campus. My freshman year, we beat Florida for the first and only time ever while they were ranked 5th in the nation, and we also took down Northwestern and Notre Dame on home turf. We ended up losing in the Sweet Sixteen that season, but it felt like we’d taken this giant leap. Stony Brook had finally arrived.

Then sophomore year happened, and I realized we still had a ways to go.

The season before, we’d played really free and savored every game we won because we felt like underdogs. I think when we came back, the weight of higher expectations took us out of our groove. We started playing really tight, almost like we were more scared of losing than excited about winning.

And when you play like that, you do end up losing. We ended up losing three huge games that season all by the same score: 7-6.

Even just typing out that score line gives me heart palpitations to this day. I never want to see it again. One of those losses was in the Sweet Sixteen, meaning we were right at the same level we were the year before — and that didn’t really sit right with me.

I realized that as a team leader, it wasn’t enough to just be a “good” lacrosse player. It’s really easy to lean into the aspects of something that you excel at, but it doesn’t necessarily lead to growth — and for us to elevate to another level, I needed to grow. I need to be exceptional.

Between my sophomore and junior year, I put more time and effort into developing my game and my body than I ever had before. I started by taking an inventory of everything in my life related to lacrosse — my entire skillset, my mindset, my instincts — and figuring out what wasn’t where it needed to be.

Am I in the best shape of my life?

No. Okay, let’s do something about it.

Are I able to keep a clear mind when I’m up against a triple team?

Basically putting aside ego and pride and drilling down, What do I suck at? How do I fix it?

I leaned on my coach as well as TJ DeMartino, my longtime trainer, to give me honest feedback on where they saw my shortcomings. No sugar coating or compliment sandwiches. That process of improving on good and trying to make it great wasn’t fun. It was actually pretty humbling. When my junior year arrived, a switch flipped.

During big games, instead of getting frustrated or trying to force certain plays, I started figuring out solutions. If I saw a double lock off, I stayed under control. If my shooting was off, I tried to focus on getting assists.

The team as a whole started playing with a ton of confidence. No matter who we faced, whatever their reputation was, we felt like we didn’t just belong on the same field. We knew we could beat them.

And we did beat most teams. We came into the NCAA Tournament that year with the best record in our program’s history, also sporting the third-best scoring offense and top scoring defense in the nation. We’d definitely seen improvement, but ultimately none of it would matter if we couldn’t advance further in the tournament than we had the previous two seasons.

When we advanced to the Sweet Sixteen once again, standing between us and the program’s first ever Elite Eight berth was none other than Northwestern. That was a program that didn’t recruit one girl on our team, myself included. They’re on anyone’s shortlist when it comes to elite lacrosse. So if we wanted to show that we had actually arrived, we couldn’t ask for a better opportunity or opponent.

I remember that we were at home and it was Mother’s Day. The game itself was exactly as tight as you might imagine. We were at a two goal deficit in the first half before we started making a comeback.

I still remember one play in the second half, I made a feed to my teammate Sammy DiSalvo and she jumped in the air and just slammed the shot in the net like an alley-oop.

It’s funny how all the hard work, the training, the drills — they all feel like this blur when you reflect on it. But that moment, when Sammy scored that goal, I still remember just the rush of energy that jolted through me so vividly. I ran up to her and grabbed her and just shouted “Thank you!”

We grabbed the momentum and ended up winning the game 13-9.

As soon as the game ended, it was madness. Everyone let out all these emotions, mostly a mixture of joy and relief. The previous two seasons, at the end of our Sweet Sixteen game, most of us would be crying because of a devastating loss. But that game, there were only happy tears.

We all dog-piled and celebrated, and all around us were Long Islanders cheering on their lacrosse team.

There was no question about it, we had arrived.

All these years later, my teammates still talk about that game often and how special that moment was. I think it served as this life lesson for all of us about what can happen when you set a goal and put the work in.

Oh, and for what it’s worth, remember that high school yearbook quote people laughed at?

We did make it to ESPN.

Or it might be six… it’s easy to lose track.