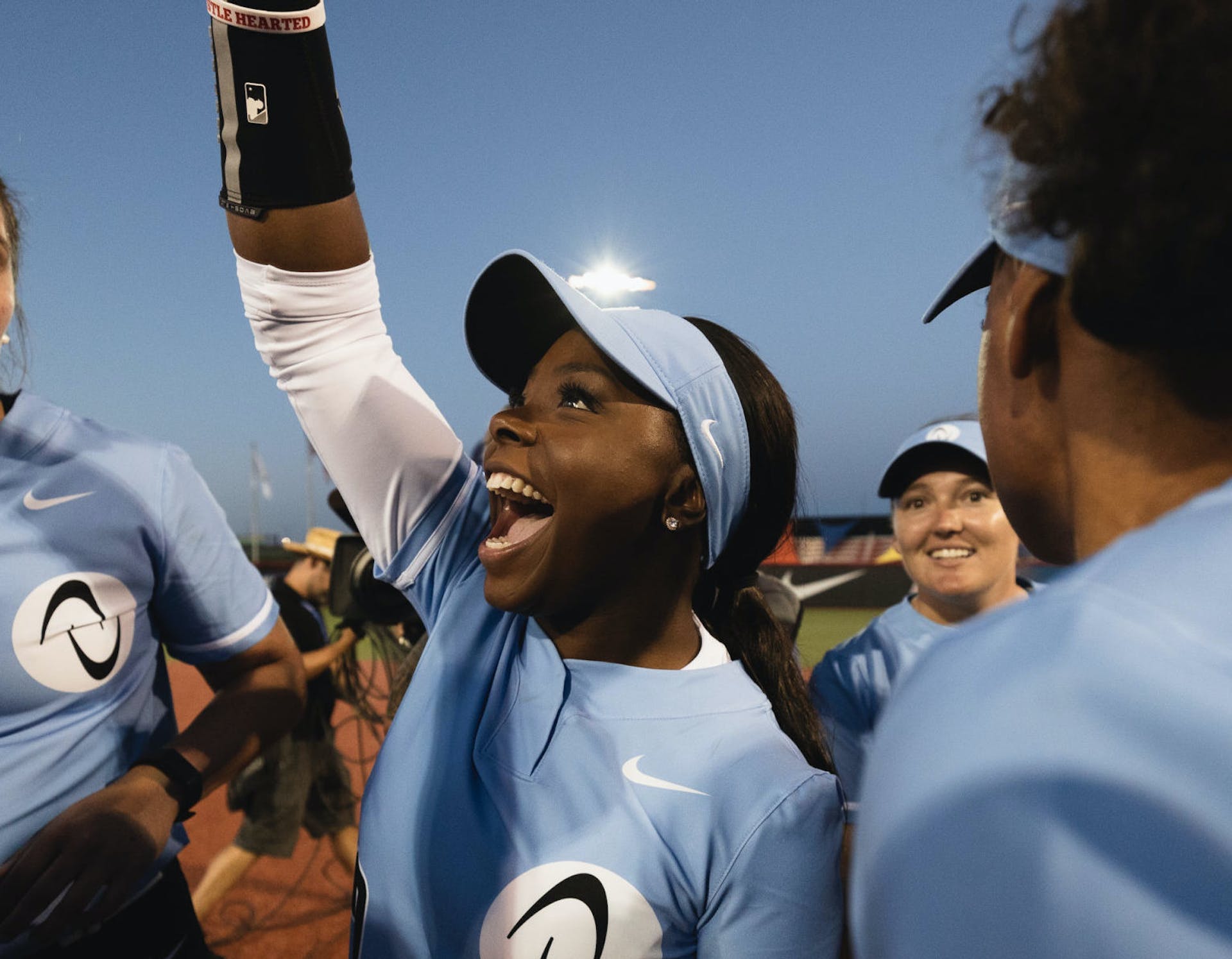 Q&A: Kiki Stokes-O'Connor on stepping through the next open door in softball

In 2016, Kiki Stokes was drafted sixth overall in the National Pro Fastpitch College Draft by the Scrap Yard Dawgs, the highest draft pick in Nebraska softball history. Since then, a lot has changed.

Her jersey says Stokes-O’Connor now (she got married in June), she moved back home to Kansas City, Missouri (she’s the new head coach of the University of Missouri-Kansas City Softball), and she’s an Athletes Unlimited Softball athlete.

In just a month, all three of these life changes occurred, but she wouldn’t have it any other way.

As she embarks on a new chapter of her career in softball, she’ll close out her journey as a player. The 2022 Athletes Unlimited Softball season will be Stokes-O’Connor’s last as a pro as she commits to investing in and building the Kansas City Softball program. We spoke to Stokes-O’Connor about the dreams she’s accomplished throughout her life and the ones yet to come. 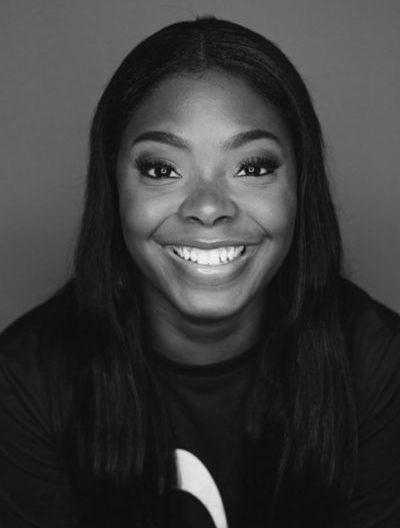 Savanna Collins: The last time you competed was with This Is Us and then Alliance to help prepare Team USA for the Olympics over a year ago. As you were coaching, did you still have that itch saying you weren’t done quite yet?

Kiki Stokes-O’Connor: A lot of people were kind of shocked after finding out that I was playing AU because I was kind of non-existent for a year. After the whole This Is Us thing, I feel like I didn’t really get to end on my terms. Softball’s been such a big part of my life, especially being a professional. I’ve taken a lot of pride in being able to have that opportunity because not everybody gets it. I think I’ve just had a sour taste in my mouth and I was like, “I wanna finish on my terms and be able to go out in a really good way.”

With how much good stuff I had heard about [Athletes Unlimited] and the people, I knew it’s gonna be a really good place for me to be able to end my career on a high note and be able to have fun with it as well.

Find ways to get outs and trust in your pitching staff 🥎@KStokes10 gave us some insight on tonight's big win 🙌@savannaecollins | #BeUnlimited pic.twitter.com/IgGdxjTvwS

SC: So you expect this will be your last season playing?

KSO: This is probably gonna end up being my last season only because coaching is something that I’ve become very, very passionate about. It’s hard, especially being at the Division I level and being a head coach. There are a lot of things, whether it’s the recruiting aspect or making sure your kids are taken care of. I’ll be able to hang it up because I’m still close to the game. But I also wanna start a family. I’m closing one door and taking the next door that’s open a little bit more seriously.

SC: You’re closing this chapter on ‘Kiki Stokes: the athlete:’ and continuing as a coach.  Looking back on you as the player, what do you hope your legacy is?

KSO: I hope the legacy that I left with Kiki as a player is that she gave everything. She loved hard love whether that was the people, whether that was the game in itself. And truly just enjoyed being in moments that maybe everybody didn’t get to experience. And on top of that, I guess just being the player that was not only a really good teammate but just a good person. And people could say that she was always a good person.

SC: Thinking about that next door, when you started out as an assistant at South Dakota State and then moved into a head coach position at Upper Iowa, what is it about this aspect of the game that really pulls you in?

KSO: I knew I wanted to be a head coach going into South Dakota State; I just didn’t know when it was going to be. Being able to build relationships with players is by far my favorite part of the game. Being a player’s coach and being able to connect with them on a different level is something that I’m very passionate about.

I also see that these kids need something a little bit different. The way that I was coached, it’s a lot different from what these kids need now. I want to be the game changer for them and help them find their way through life. A lot of times people think coaching is so black and white: you’ve gotta be able to teach them how to hit a ball and field the ball, but there’s so much more to that. And if you can get that ‘more’ they’ll go above and beyond for you.

SC: That’s so exciting… You can take the positives of your experiences to replicate and the things that you look back on and wish were different you can change for this next group of athletes.

KSO: Right, exactly. Because I think for me, softball was always an outlet. It was never something that I was like hitting a ball and catching a ball – I was passionate about that – but it went beyond. It was what my coaches did for me and how they impacted my life and what my friendships meant to me. Those were the things that I think that I remember a little bit more than the actual physical aspect of the game. And so to give that to somebody else, I think is why I really love coaching.

SC: Your journey as a coach took you to SDSU as an assistant for three years then a successful head coaching experience at Upper Iowa University. What makes this next experience so special?

KSO: I haven’t been home since high school so being able to be in Kansas City with my family, with my friends, I think it’s something that I never would’ve ever imagined. I didn’t think that I would be a head coach for a year and then get a job opportunity like this at a D-I school and a great conference. On top of that, my husband gets the job at the same place as well, he’s a strength coach. Us coaching under the same roof, it’s just rare. You don’t ever really see that. Both of us are literally living a dream. It’s such a blessing and we’re so grateful for it. It’s so cool to see how everything can change in a span of a month.

SC: As you look back on your dreams that you realized, what is the next dream? Are you in it right now?

KSO: I was telling my husband this the other night I used to journal a lot. Before I got to South Dakota State, there were probably eight different schools that I had applied to and got denied. And I was like, ‘Dang…I really want to coach, but when is that opportunity gonna come for me?’ And it came first at SDSU with Krista Wood and it was the best experience that I had ever had in my life. And I said, ‘This is exactly where I’m supposed to be.’

I’d never imagine myself being at a D-II school but that was something in my journey that I needed to be where I am today. Sometimes you don’t really know what path you’re going to go on, but you take opportunities, you build, you learn, and you grow from those.

My biggest dream is to be back at Nebraska which is my alma mater. That’s the place where I fell in love with softball to a whole other end. I had coaches there that completely formed me as a person. And so for me, that’s the goal. That’s the dream.

I’ve always had big dreams and goals of being a coach at the Power Five level. I thought I wasn’t gonna be a head coach until I was in my thirties with kids. And here we are 28, no kids. I’m living a dream.

Writing things down and watching things manifest is something that I’ve learned and that I’ve gotten a little bit more used to. It’s good and bad: when you look back at things that you wrote down and then you achieve ’em, it’s this feeling of, ‘Dang, I really put my mind to something and I accomplished it.’ On the negative side, when you have big dreams and goals it’s super important not to get discouraged when things aren’t happening at your pace because they very well could happen.

Have big dreams and don't be afraid of them. Go after 'em. Even if they don't happen when you want them that doesn't mean that they'll never happen, but it could be something is bigger and better for you.
Kiki Stokes-O'Connor

Where to Watch: Week 5