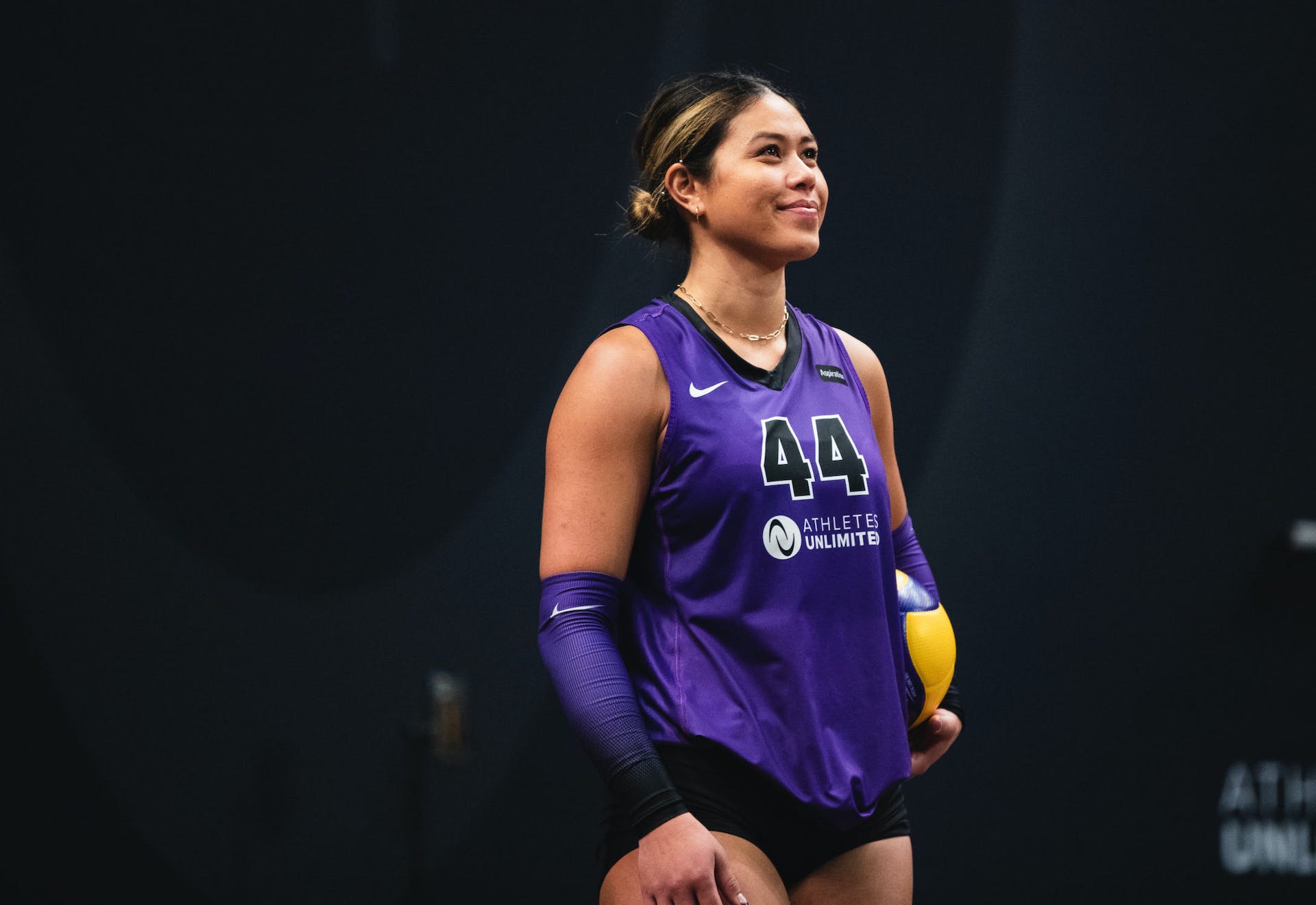 Kalei Mau doesn’t do anything without a purpose. Her island, her family and her fans are with her wherever volleyball takes her.

That’s why choosing a cause to play for this season with Athletes Unlimited was a no-brainer – another way to give love and support to her ohana.

Through the Athlete Causes program, powered by Give Lively, funding is provided to charities chosen by each individual player. The funding is equal to 50% of their season bonus so every moment counts not only for themself and the leaderboard but also for a cause that is important to them.

This season Mau is playing for the Kapi’olani Children’s Miracle Network but more specifically, her niece Haumea Friel.

“She is a warrior. She’s so young, but she has such an old fighting spirit that inspires me. And actually is the reason why I’m here today,” Mau said.

When Mau’s cousin Calen and his wife Kainoa were expecting Haumea, a sonogram revealed that one of her legs was shorter than the other. PFFD causes the femur bone to be either malformed or missing.

“Since the day she was born, we’ve come in as a tribe and held her high. She thrives off of it…she has gotten through so much,” Mau said.

Haumea has undergone more than 10 surgeries to aid what she calls her “super leg.” Her most intensive surgery was in April of 2019 at Kapiolani Medical Center for Women & Children, where she underwent a complex 16-hour surgical procedure called rotationplasty.

Haumea hasn’t let PFFD slow her down. She wears a prosthetic leg that she’s named Sparkle (she’s currently wearing Sparkle 3.0 as she’s grown). She plays volleyball which is no surprise with how athletics run in her family.

Her mom Kainoa played club volleyball in Hawaii growing up and went on to further her career and education at Hofstra University in New York. Her dad was a defensive lineman at the University of Hawaii.

“Everybody’s dream is to have their children be D1 athletes or pro athletes,” Mau said. “They had Haumea, which is even better because not even a lot of pro athletes I know could do what she does.”

Mau’s family has supported the Children’s Miracle Network Network for years, even before Haumea was born, through fundraising and their family business. This commitment to love and support is core to the island of Hawaii and its people. That’s why Mau has never done anything – especially play volleyball – without a purpose.

When the game challenges her or her team is down a set, Mau has a reason to dig deeper.

“I think about how many people are watching and how many people want to be in my position,” Mau said. “And I just get a burst of like motivation, that push, because I have I’m playing for so much more.

I hope that everybody can find what their purpose is. It's a lot easier to go through life when you have intention. Good intention.
Kalei Mau,
Athletes Unlimited Volleyball