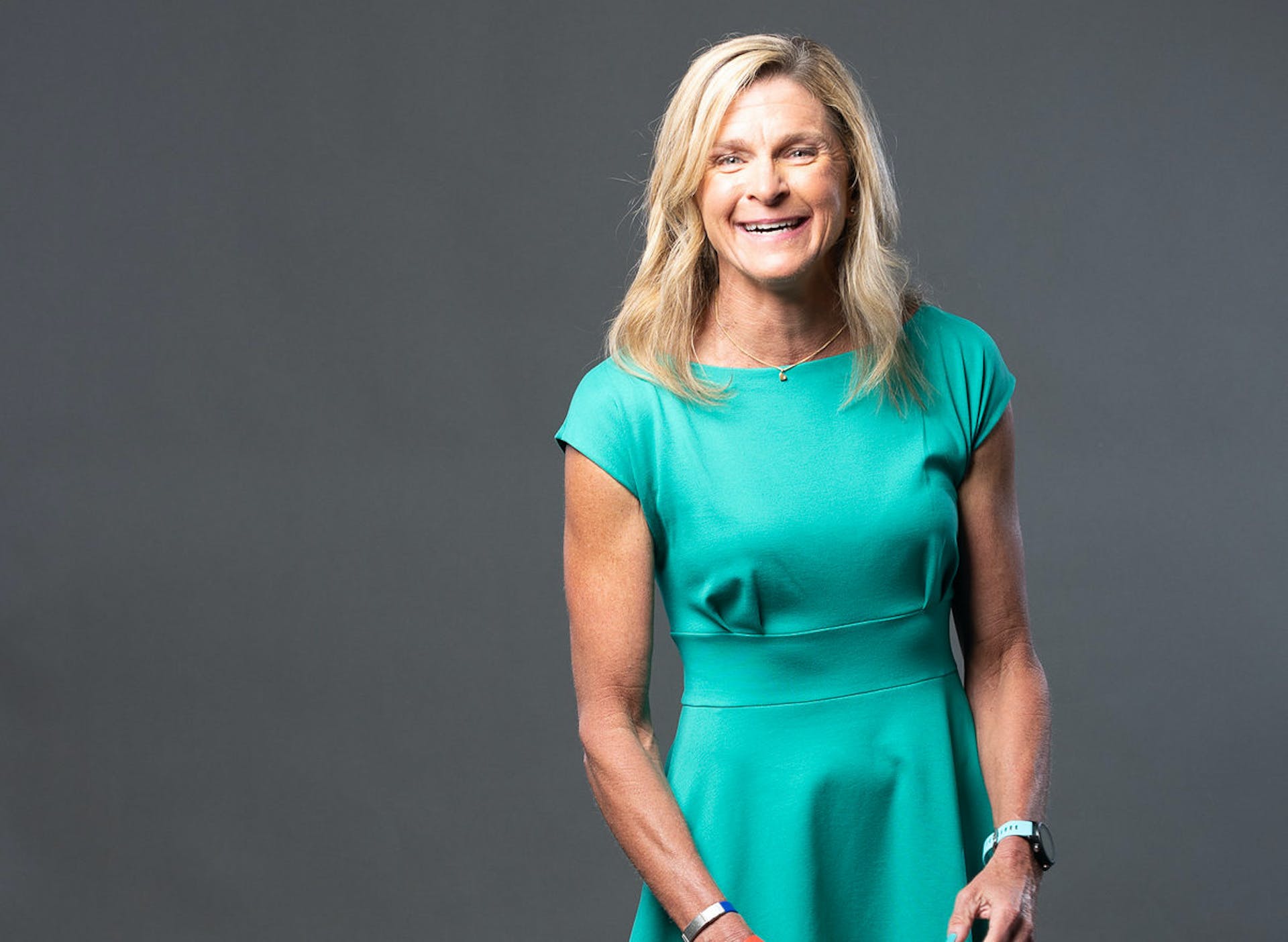 Dede Griesbauer is an Ironman champion and professional triathlete.

She holds three Ironman wins and 2 half-Ironmans victories. She also is also a top 10 finisher at Kona in 2007, 2008, and 2009 – two of those years she was the top American finisher. At the age of 44, Griesbauer became one of the fastest over 40, posting a 9-hour 20-minute time to take the win at Ironman Taiwan.

A great student in high school, Griesbauer was admitted to Stanford University and went on to swim there. She describes getting “clobbered” in the pool to keep up with her teammates. She wondered if hard work would be enough.

She challenges the audience to think that instead of reserving greatness for genetically gifted superheroes, what if we realized that outstanding performance in sport or in life could come from having our own unique superpower? For her, it was hard work, perseverance, and maintaining a sense of humor in the face of constant failure.

At Stanford, Griesbauer earned over 10 NCAA All-American honors and led the team to an NCAA Championship in 1992 as the team captain.

Griesbauer was a part of the USA Swimming National Team becoming a gold medalist at the 1989 Pan Pacific Championships and at the 1991 Pan American Games.

After retiring from her swimming career she returned to school and earned an MBA from the Wharton School at the University of Pennsylvania. She worked on Wall Street for eight years. One day she saw Ironman on TV and was hooked. She left her Wall Street career to become a professional triathlete.

In 2011, Griesbauer had a near career-ending crash during Ironman Germany. She broke 6 bones; an elbow, 2 ribs, her pelvis in 2 places, and her hip. She was told she would never run again but by mid-2012, she was back on the race course.

Griesbauer started 2020 with a win (2nd overall between men and women) at Ultraman Florida where she set a world record for the Ultraman distance of 22 hours, 48 minutes and 31 seconds.

People ask her all the time at the age of 51 how she does it. She replies that she’s not special or genetically gifted; it is her superpower of persistence and determination.