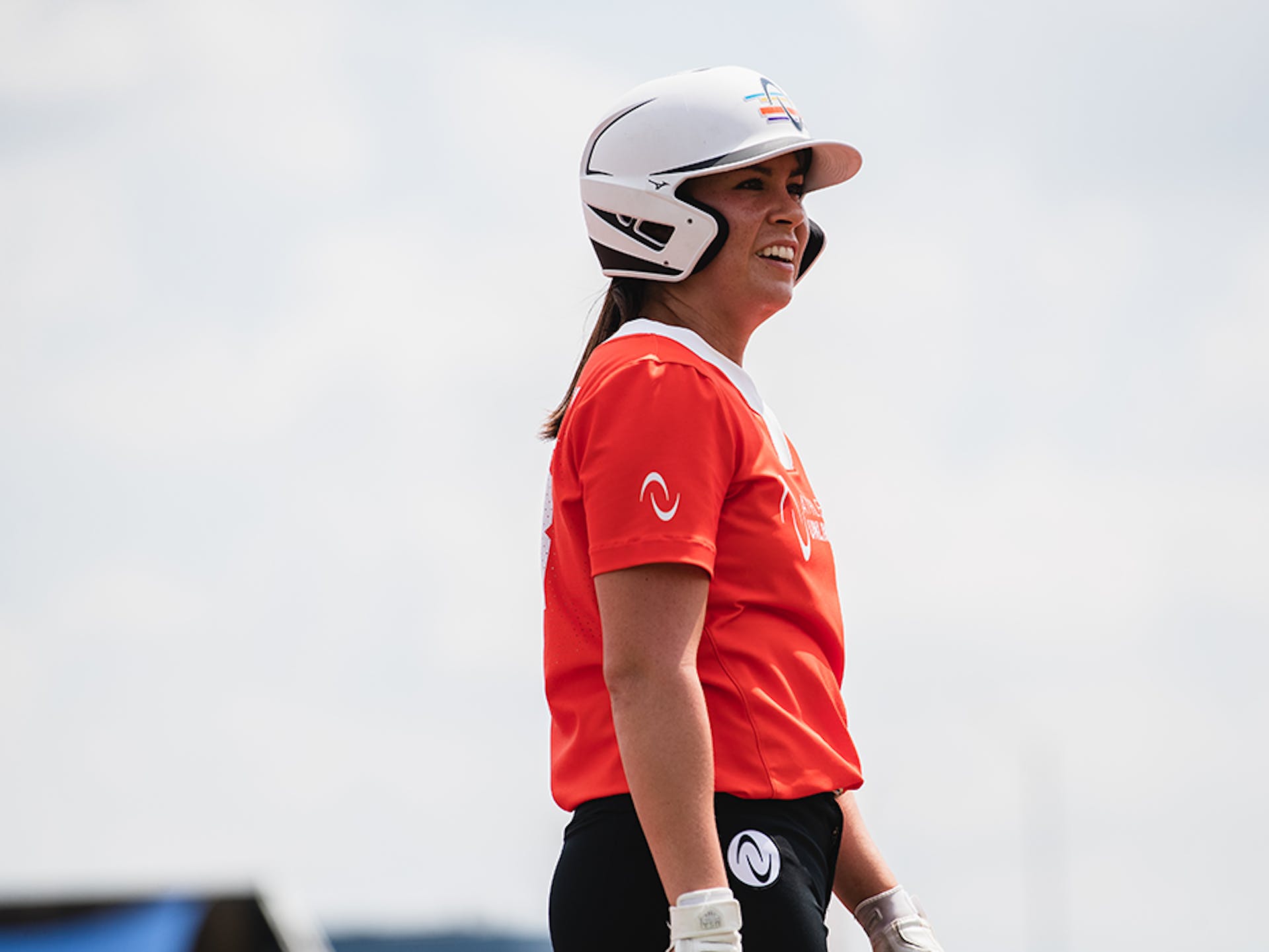 Bubba Nickles and the boldness of asking questions

On paper, Bubba Nickles’ production and performance as a softball player look similar to the success that is a recurrent part of her journey.

As a late-comer last year, she took the first pitch she saw as an Athletes Unlimited player for long. She’s a medal-winning member of Team USA and an NFCA All-American at UCLA.

But if you ask her, she’s different. At practice, in the dugout. She’s been working on an aspect of her game that isn’t a drill or reps taken in the cage. Nickles has been developing the courage to ask questions, and it’s made all the difference for her.

When she arrived at AU last season, she was late to the party. She flew in ahead of Week 3 as a replacement player and recalls the experience feeling daunting. She tried to quickly acclimate to the schedule, changing teams, and pace of the league.

“I feel like learning to ride the waves is what makes it a good process,” Nickles said. “It’s not easy, but it does benefit all of us.”

Before arriving in Rosemont, she played for the Toyota Red Terriers of the Japan Diamond League in 2022. Her prep for this season consisted of one key thing: rest.

“My preparation was rest and not even touching a softball because I feel like distance makes the heart grow fonder,” Nickles explained. “It allowed me to come in here a lot more excited and embrace it more.” 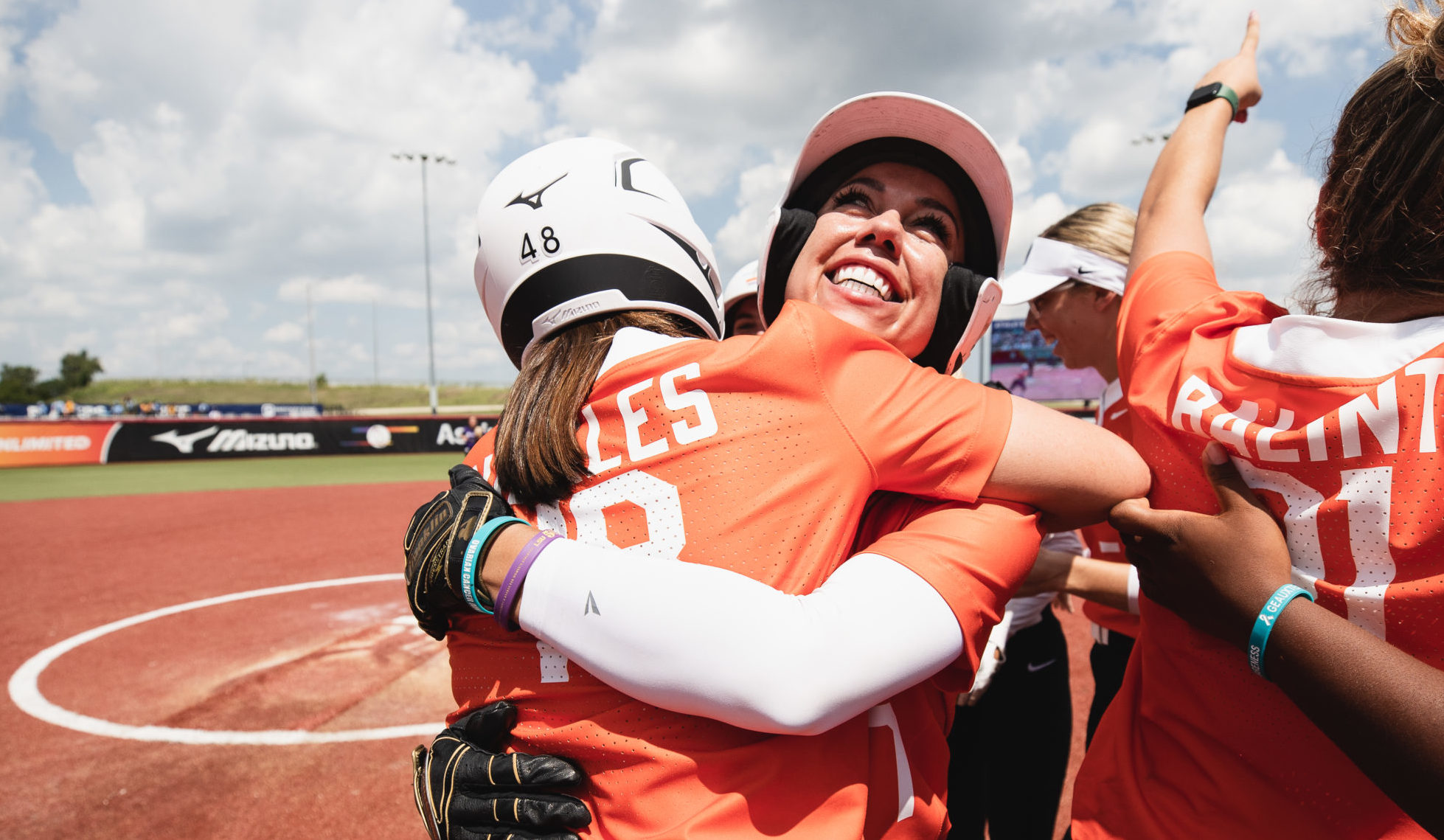 Nickles was determined to be less of what she describes as “standoffish” compared to last year and not let intimidation keep her from making more connections. Being drafted to Team Chidester in Week 1 really helped with that.

She’s played with Amanda Chidester on Team USA and leaned into the welcoming environment Chidester creates on her teams with her fiancee Anissa Urtez.

“Together, they open up this dynamic where they want to grow others around them,” Nickles explained. “It’s really cool because it’s like two is better than one. Them being on the same team really opens up… They feel like they’re getting their cup poured into even more because both of them are willing to help so many people.”

This dynamic set Nickles on the journey of asking questions.

Can you help me with this at bat? What pitches are you seeing? What do you think is best?

She started to go to Urtez and Chidester, as well as other veterans in the league like Hannah Flippen, to help her step into the box with more intention.

“Sometimes I’m brutally like, ‘Straight up, what should I swing at?’ Having the boldness of approaching someone with: I need help. Can you help me with this at bat?”

Amazing insight from Bubba Nickles about how Team Chidester strategizes to prepare one another in their at bats. It paid off today, helping them pick up 80 inning points and the game win #AUSB https://t.co/szfJZfql8o

The veterans have helped give her confidence through their answers. Not only have they told her what they think she should take a swing at, but they’ve helped Nickles understand her strengths and how to take advantage of them at the plate.

“They believe in me enough to just give me a pitch and they know, ‘I told her to hit it and I know she will hit it.’ So that’s your plan.”

It’s not always easy to work up the courage to ask. Nickles knows that in the moments you’re experiencing the high and lows of a game the time might not feel right. “I know that when I strike out, I don’t wanna talk about it.”

But what she’s learned through the camaraderie that AU fosters is that’s what a lineup is about: all nine players trying to help the next one get on base, regardless of individual outcomes.

It’s how they win innings and games and ultimately, climb the leaderboard.

“I wanna be mentored by them. It does take a lot of courage and boldness, but it really is fulfilling when you [know] they believe in me because they gave me an answer,” Nickles laughed.

When she self-reflects on who she is as a professional in her second season, it’s a contrast to who she was in college.

“I was just constantly wanting to swing a bat 500 times, throw a ball 500 times, get as many reps and, if possible, do it alone,” Nickles recalls. “And then in a game, be absolutely silent.”

Now she does much less in practice, focusing on quality time. She explains that she does not go to practice to work for an outcome.

“I’m gonna come here practicing out of gratitude for being here and live into the blessing that all of this is.”

Nickles gave the example of hitting well over the course of a weekend and then not feeling inclined to put in more time. Then if you struggle, overcompensating with dozens of reps.

“Where’s the consistency of that?” she asked.

Back in Week 1, Nickles went 2-for-3 with a double, home run, and four RBIs. In her postgame interview, she talked about being herself, trusting God, and trusting the process. She expanded on exactly what that means to her. It answers her previous question about consistency.

“Trusting the process is just not changing what I do depending on an outcome,” she explained. “It’s having a consistent everyday. I’m meant to be here. So I’m gonna live into that.”

There’s less weight to succeed when she steps on the field now which in a way is ironic, considering the season she is having. Nickles is hitting over .300 with a slugging percentage of .571 and a walk-off hit in her record book.

Regardless of the results, she’s more fulfilled.