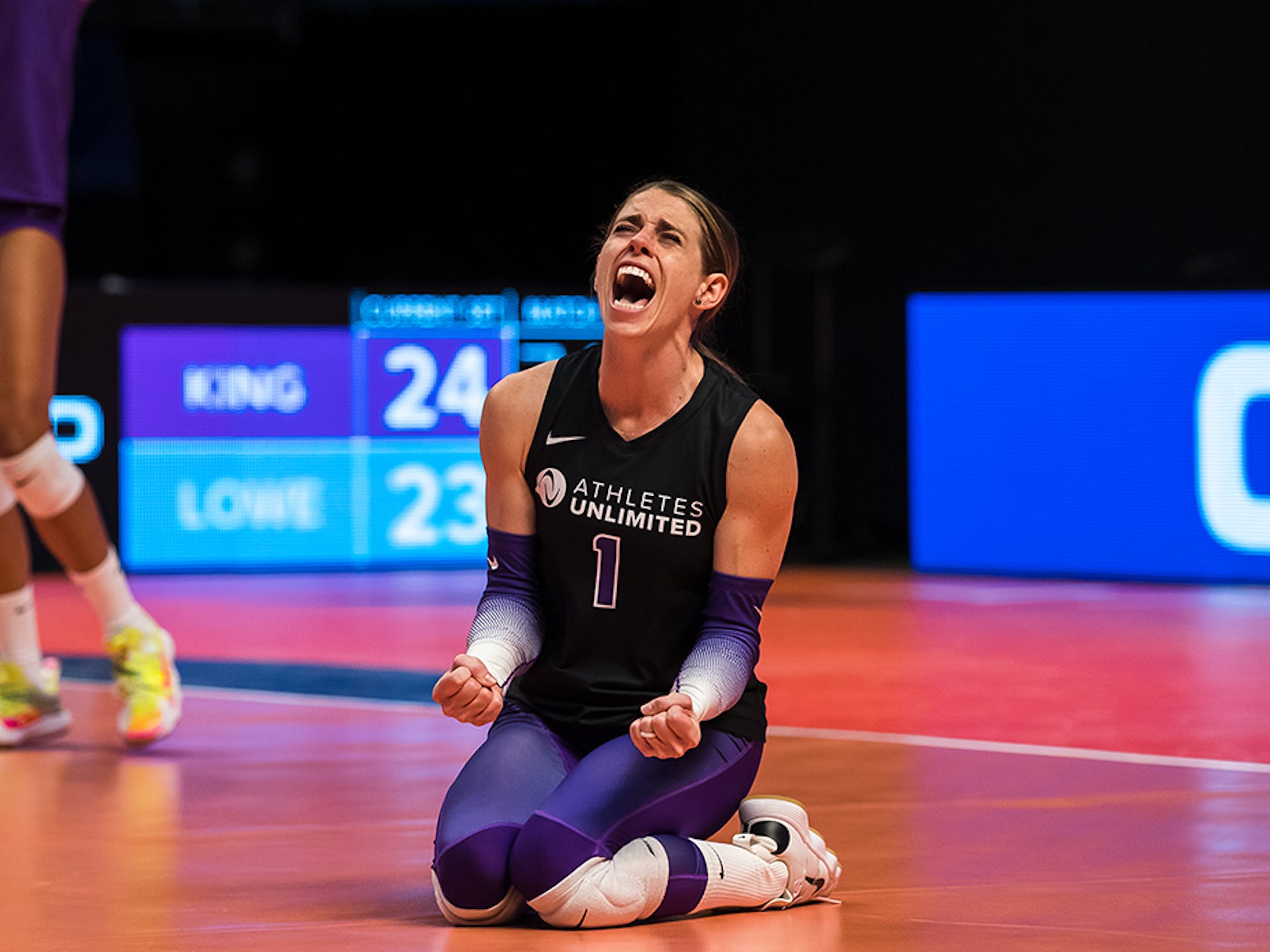 In the match, King earned 262 stat points from 35 assists, nine digs, three blocks, and one kill. Her team won all three sets and the match, giving her 180 win points. King was also voted MVP 3, which granted her another 20 points to give her 3,675 overall.

“The group of girls that we played with this weekend was fantastic,” King said. “There was just so much trust and patience in the process and we had each other’s backs the whole weekend. It feels amazing.”

Outside hitter Aury Cruz also surpassed Lowe in points with her third outstanding match of the weekend. In her match against Team Lowe, Cruz had 12 kills on 34 attempts for a .240 attack percentage, nine digs, and an ace. She was voted MVP 2 for 40 points, putting her at 388 for the match and 3,582 overall. Entering Week 5 at No. 8 on the leaderboard, the outstanding final weekend, in which Cruz had 53 kills, elevated her to No. 3.

Bethania de la Cruz currently sits at No. 5 on the leaderboard but has an opportunity during her final match against Team Larson to make up ground. De la Cruz trails King by 234 points, Cruz by 141, and Lowe by 125.

Jordan Larson sits atop the leaderboard with 4,263 points, ahead of De la Cruz by 822. With her significant point margin, Larson seems likely to claim title of Athletes Unlimited Volleyball Champion, regardless of the outcome of the final match.

In Set 1, Team King and Team Lowe traded leads throughout the game. Team Lowe led 10-6 after outside hitter Deja McClendon got back-to-back aces, but Team King quickly recovered, taking the lead at 11-10 with the help of back-to-back kills from middle blocker Taylor Morgan. Team King built the largest lead of the set at 19-14 and was able to hold the lead, winning 25-21.

Despite taking 55 swings the night before, outside hitter Aury Cruz emerged looking fresh for her final match of the season. In the first set alone, she was her team’s kill leader, getting five kills on 13 attempts for a .310 attack percentage

Team King put up incredible defense at the net, getting five blocks, three of which came from Lauren Gibbemeyer. Gibbemeyer finished the match with six blocks and was voted MVP 1 for 60 points, finishing the match with 193 overall.

In the second set, Team Lowe built an early five-point lead at 11-6. Yet, Team King slowly worked their way back, eventually passing Team Lowe for the first time at 20-19.

A kill from McClendon tied the teams back up, but Team King immediately responded with a kill from Alex Holston. Team Lowe called for the first challenge of the match for a net touch against Lindsay Stalzer, but the initial call for a Holston kill was upheld.

Team King grew their lead to 23-20, but two consecutive kills from McClendon put her team within one. Yet, the kills weren’t enough for Team Lowe to overcome Team King’s lead and a Cruz kill ended the set 25-23.

McClendon significantly improved her gameplay between the first and second set. The outside hitter didn’t gather a single kill in the first set, hitting negative, but in the second game, she led her team with nine kills and hit .471.

Unlike in the first two sets, neither team built more than a three-point lead Set 3. Throughout the course of the set, there were 14 ties and eight lead changes.

Team King once again proved they could make a comeback after being down late in the game. Down 20-22, Morgan gained an ace against Team Lowe’s libero, Dalianliz Rosado. Following the point, a Holston kill on an out of system play put Team King ahead at 23-22. A McClendon kill tied the teams once again, but another Holston kill put her team at set point. Gibbemeyer finished out the match with a final block against Lowe, ending the set at 25-23 and the match at 75-67.

“I think we ended on a high. There’s no better way to end the season,” Gibbemeyer said. “This team had the utmost trust in each other and the most confidence in each other. We were always lifting each other up and we just meshed so well. So I think it was perfect.”