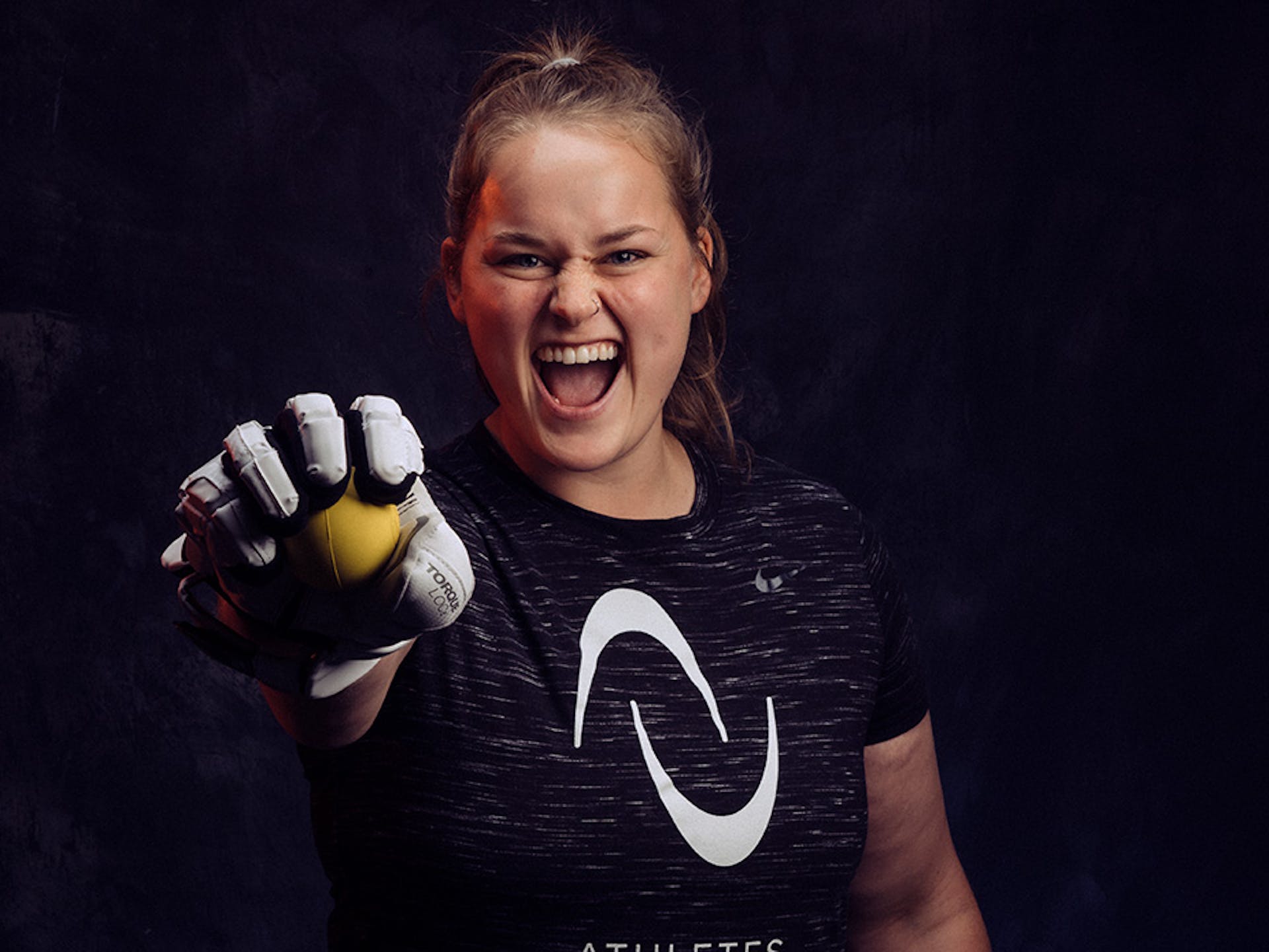 Goalkeeper Molly Wolf is ready for Take 2 with AU Lacrosse

Quiet on the set and places, please. This is Molly Wolf to Athletes Unlimited, Take 2.

Finally, we have action, and goalie Molly Wolf will be joining Athletes Unlimited for its second season of lacrosse this summer.

Wolf was set to join AU last year for Season 1, but circumstances beyond her control prevented her from playing. It’s as if the director yelled, “Cut!” But now, we cue Wolf again.

“I’m pumped,” she said. “I was supposed to play last year and my job then wouldn’t allow me to do the bubble. It logistically wouldn’t work. I have a new job now, and I’m just over the moon excited to be back playing.”

Wolf, who starred in the net in college at Loyola University Maryland, now has a job as assistant athletics director and head varsity lacrosse coach at her high school alma mater, the Bryn Mawr school in her native Baltimore.

That will allow her to take the field after last year’s false start. But all wasn’t wasted. Wolf was able to display her ebullient personality and give fans a taste of what’s to come in a video she cut for Athletes Unlimited last year. In the video, Wolf displayed her lighter side by trying to accomplish daily tasks, all while wearing her goalie equipment.

“It’s great,” she said. “It’s very reminiscent of the ESPN commercials from back in the day when they’d be in the ESPN offices. It cracks me up. We have some really great marketing stuff going on.”

Of course, it may help that Wolf is a goalie. Whether in lacrosse, hockey or soccer and whether it’s women or men, goalkeepers are a different breed.

“I will have to tell you that every goalie for any sport has a lot of screws loose, to be in front of something being thrown at them,” Wolf said. “We are a special breed of people. I always like to think we’re the bubbliest. We’re the most outgoing. We’re a special breed of players. You have to be a little crazy to be in front of a ball being thrown at you, or a puck or a soccer ball. It’s a lot of fun.”

Wolf has been in front of a net since she was a youngster. And nobody has moved her away from the net as she rose through the ranks through high school to being a highly decorated college keeper.

“I actually got snuck onto my sister’s team,” she said. “She was an 8-year-old and I was only a 5-turning-6-year old. I just hopped right in. They wanted someone to be the goalie, and I wasn’t too keen on running up and down the field, so I hopped right in. I admittedly liked being the center of attention, and that was a position that kind of got a lot of attention. It kind of fit. I stuck with it. That was my main sport. I did play a little bit of soccer and basketball, but this really did stick. It’s changed my life in a lot of amazing ways.”

Speaking of life-changing, there is a serious side to Wolf. After coming out to her family, she came out publicly in a speech to her school as a high-school senior. Last year, she authored an essay for AU on that subject.

“I have a very supportive family,” she said. “Even so, I was nervous to kind of say it out loud, because it was always something that was kept to myself. I wasn’t sure how people would respond. I am so lucky to have such an amazing, supportive friend group, family. It never really was an issue. The people that did have a problem with it, they weren’t part of my life. That’s sometimes hard to swallow. But those that mind don’t matter, and those that do matter don’t mind. That’s the real-life kind of fortune cookie saying that I’ve been carrying with me.

“It never really has impacted my life in a negative way. People have been wonderful about it. It’s never really been an issue. I know that’s not the case for many, many, many people, growing up and living their real truth. But I’ve been surrounded by some incredibly loving and wonderful human beings who just make me feel that it’s not even something that needs to be worried about.”

Those that mind don’t matter, and those that do matter don’t mind. That’s the real-life kind of fortune cookie saying that I’ve been carrying with me.
Molly Wolf,
Goalkeeper

All of that would seem to make the inclusive and empowering nature of AU a perfect fit for Wolf.

“They really care about their athletes,” she said. “Women’s sports and equality is such a hot-button issue these days. You can point to the women’s soccer league and the women’s national soccer team. They’re fighting for their rights. Same with the WNBA. I think that the founders of AU are giving that to us. They’re giving us a lot of say in how we want the league to run. Our pay is incredible, and the benefits. They have a pregnancy policy. It’s something that’s never been given or offered to female athletes before. Being a part of that is legendary. It really is.”

Wolf just finished running a camp for young lacrosse players. She has one message for them.

“Sky’s the limit,” she said. “I was just coaching third graders and fourth graders. When I was their age, there was nothing after college. Unless you were on the national team, you were done. You either played rec league or old ladies club. Really, this is an opportunity for people to continue playing the sport they love at a high level. If these kids want to do it, they can do it. Sky’s the limit, always.

“Men’s sports have always kind of taken the spotlight, but we are busting down doors right now. By the time they’re my age, I hope to see the kind of same equality against any men’s sport in any league possible. We’re making waves in the sports world with AU.”

Wolf has her own goals for the upcoming season. With captains drafting new teams every week, AU may give Wolf a chance to fulfill at least one of those goals and one that will provide quite the challenge.

“I would love just one opportunity … to get just one opportunity to get a stick on the ball against [Charlotte North],” she said of the Boston College standout who also will be joining AU this season. “She’s going to be ripping them. Admittedly I’m terrified but excited. I’m just ready to go out there and have fun. It’s been awhile since I last suited up and played in a real game. My goal is to stop a Charlotte North shot, if possible, and kind of keep on rolling as a goalie. Not a lot of people have an opportunity to continue playing. I get the opportunity to play with the best in the world and have fun doing it.”

Keep the cameras running for that one. It promises to be must-see TV.

Zerkle aims to break into Top 4 in third championship season