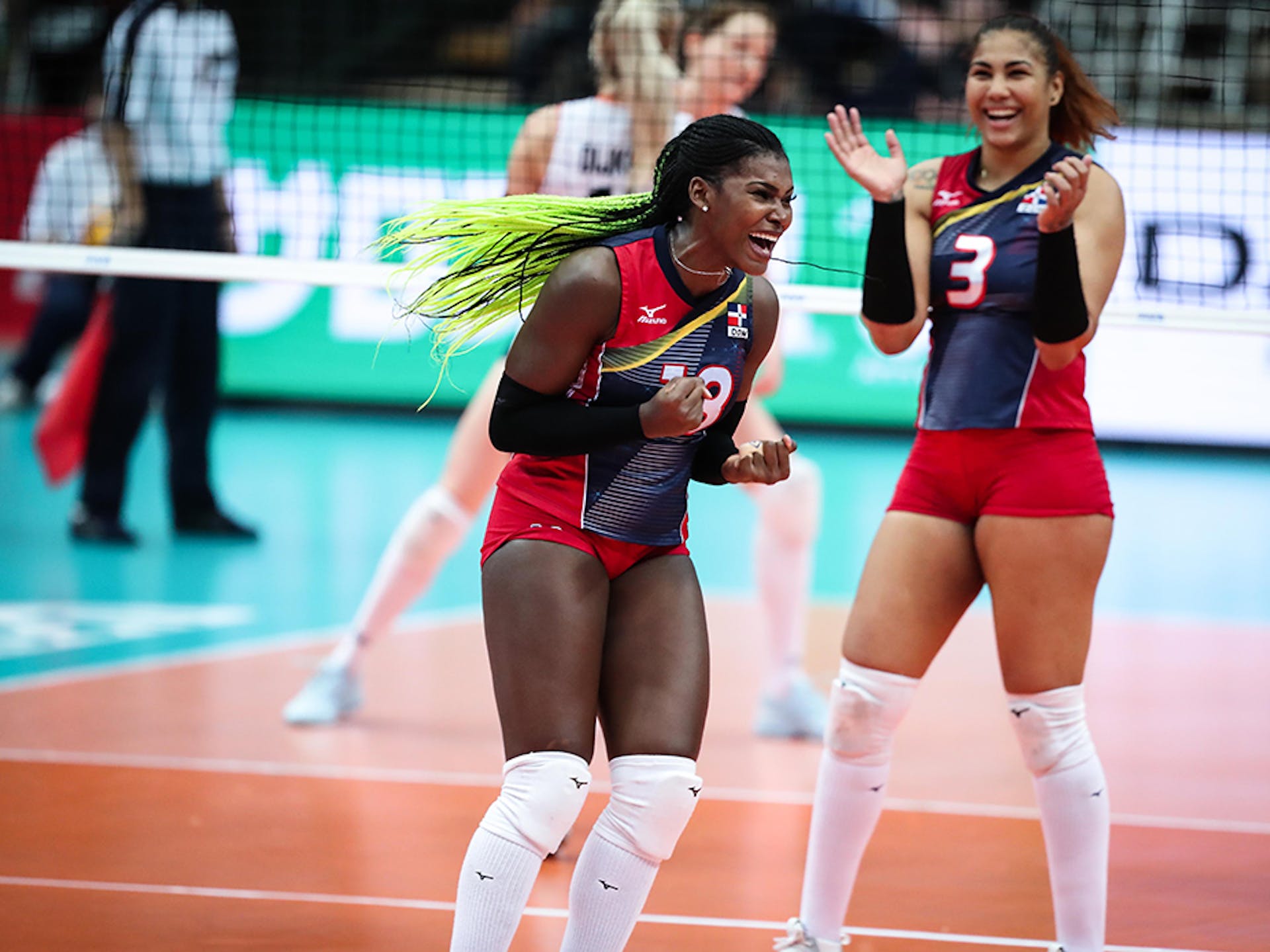 Bethania de la Cruz hasn’t let the COVID-19 pandemic stop her from losing her competitive edge. When the recreation centers reopened in her native Dominican Republic last August, she restarted her training regime following months of not being able to practice at all. In her spare time, Cruz and her coach would go down to the nearest volleyball center in Santo Domingo and spend hours getting into shape.

All this vigorous training is preparing the 33-year-old olympian for the next chapter of her career — one she’s particularly excited about. De la Cruz is the latest addition to Athletes Unlimited Volleyball. The inaugural season begins Feb. 27 in Dallas, Texas.

Playing for the league is a first for her as she’s never played in the United States and will allow her to be closer to her family and stay for an extended amount of time. The opportunity for Cruz and for other women — particularly in the North & Central America and Caribbean (NORCECA) region — to participate in a professional women’s volleyball league in the U.S. has been years in the making.

“They’re one of the great world superpowers,” she said on playing in the U.S. “Players such as myself and others in the Americas have been waiting a long time to play in a volleyball league in the United States due to the higher level of play among U.S. players. It’ll be an opportunity for players coming out of college to not have to leave too far from home to play volleyball.”

De la Cruz has had quite an extraordinary and fruitful career. She began playing volleyball at the age of 15 in the Dominican Republic after a family member saw her potential due to her stature. It didn’t take very long for her to fall in love with the game and play professionally.

Her talents as an outside hitter have allowed her to play across the world, including Turkey, Italy, South Korea, Japan, Indonesia and Russia. She’s won championship titles for Criollas de Caguas in Puerto Rico, Dinamo Moscow in Russia and Mirador in the Dominican Republic.

She’s also established herself as the face of the Dominican Republic National Team — winning gold medals at the 2019 Pan American Games in Lima, the 2009 and 2019 NORCECA continental championships as well as the 2008 and 2016 Pan-American Cups.

With Athletes Unlimited, De la Cruz will be playing alongside olympians like Jordan Larson, Özge Kinasts, Sheilla Castro and college players like Katie Carter and Nia Grant in an innovative format where new teams will be formed each week for five weeks. She loves that the format will not only strengthen competitiveness and foster camaraderie among the teams but will also make the league attractive to outsiders.

“It’s new to me,” she said. “In every place I’ve played, I’ve always played with the same team but in this league, it’ll be a different team every week. I’m not sure how it’ll be but I think it’ll be a very fun experience. It’s something new and I love trying out new things.”

De la Cruz expresses confidence that the volleyball league will be able to replicate last year’s success of Athlete Unlimited Softball. She also sees the softball league’s success as an indicator that female athletes are provided the chance to showcase their skills in a high-stakes, competitive playing field.