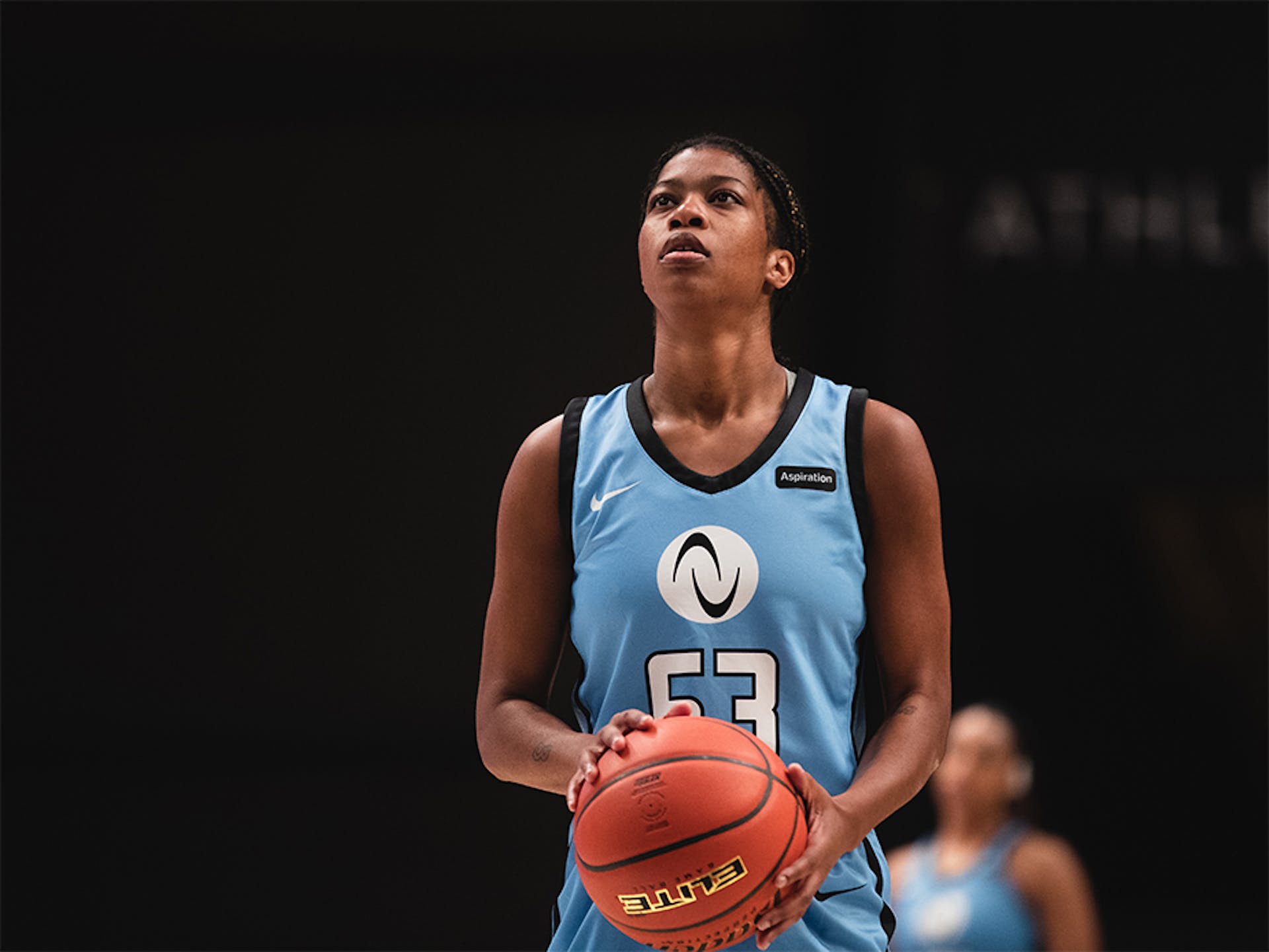 December 12, 2022, New York, N.Y. – A group of eight additional players have signed on to compete during the second season of Athletes Unlimited Basketball, which will take place from February 23 to March 26, 2023, at Fair Park Coliseum in Dallas, Texas.

Hull, a 2022 Stanford graduate, was the No. 6 overall pick by the Indiana Fever in the 2022 WNBA Draft. The Spokane, Wash., native appeared in 26 games as a rookie, including four starts, and averaged 3.9 points and 1.5 rebounds per contest. In addition, she was a member of the Gold medal-winning Team USA squad at the 2022 FIBA 3X3 AmeriCup, averaging 4.2 points per game.

Andrews, a 2016 graduate of Saint Joseph’s, returns for her second season of Athletes Unlimited play after being named the inaugural recipient of the league’s Sportsmanship Award while compiling 2,055 leaderboard points.

A four-year letter winner at Clemson from 2016-20, Thornton stands as one of two players in program history with 1,400 career points, 700 career rebounds and 100 career blocks. McGuire, who excelled at Miami (Fla.) from 2010-15, earned 67 career starts with the Hurricanes and paced the squad with 43 steals as a junior.

Bradford, who has spent time in the WNBA with Los Angeles and Atlanta, appeared in 116 career games at Central Michigan from 2011-15, ending her collegiate career as one of three players in program history with 2,000 career points and a pair of All-Mid-American Conference First Team commendations.

Staiti, meanwhile, was a two-time All-Southeastern Conference pick at Georgia who finished her career as one of five players in school history with at least 1,000 points, 500 rebounds and 250 blocked shots.

CBS Sports Network will broadcast five of the 30 games live, while the remainder of the games can be viewed via the Athletes Unlimited YouTube channel. Select games will be simulcast by the Women’s Sports Network and Bally Sports regional sports networks. The full broadcast schedule is available here and the current player roster can be found here.

The Athletes Unlimited Basketball broadcast team will once again include color commentary from Hall of Famer Sheryl Swoopes, while play-by-play duties will be handled by Cindy Brunson. Swoopes, who was the first player signed by the WNBA, won a championship at every level of competition, including three Olympic gold medals and four WNBA titles. Brunson has served as a sports anchor, play-by-play commentator and analyst for the PAC-12 Conference, Phoenix Mercury, FOX Sports Net Arizona, Bally Sports and ESPN.