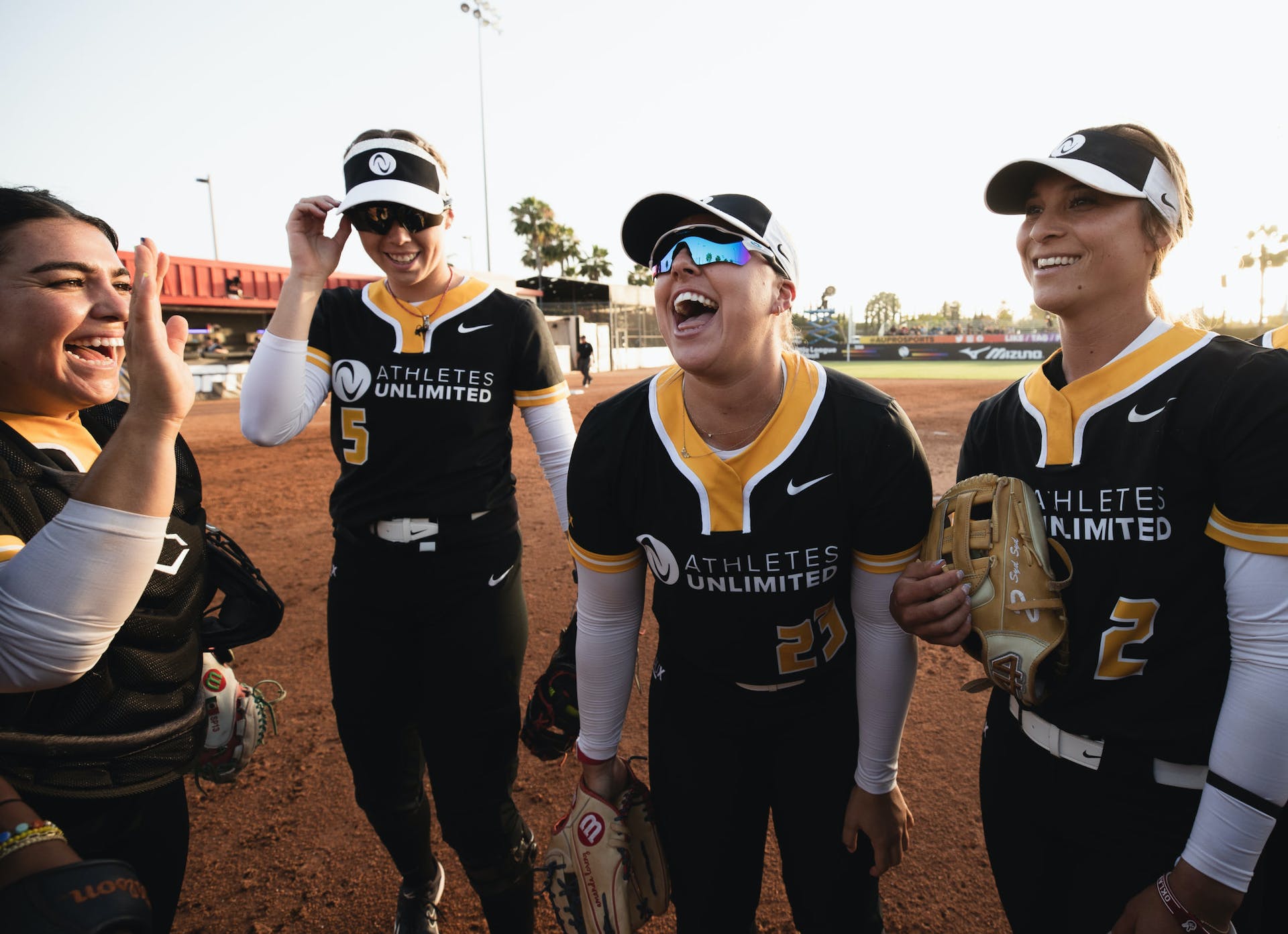 After a competitive start to the inaugural season of AUX Softball, the front of the pack arose to determine the next set of captains. But even for those who didn’t end up in the top three, there are athletes whose impact on the leaderboard can be felt.

This is your deep dive into the major leaderboard moments and movers of Series 1.

It’s no secret that home runs are the heftiest way to earn points offensively (+40) in the Athletes Unlimited scoring system. But hitting two dingers in a game? That’s a quick way to the top.

Rookie Danielle Gibson’s double bombs on the final day of competition in Series 1 were the catalyst to her 250-point day on the field. That game alone moved her up 18 spots to the No. 2 position.

You the real MVP, Dejah.

Dejah Mulipola has also sent two out of the yard but her story to the top of the standings has more pieces at play. Mulipola leads in two statistical categories: stat points and MVP points.

As for her individual performance, she’s one of the best sluggers in the league right now hitting a whopping .500. But what has really set her apart from the other good hitters is her timing. She came in clutch for Team Chidester on multiple occasions, earning MVP 1 honors (+60 points) in three consecutive games.

In fact, Mulipola has triple the MVP points compared to any other athlete in AUX.

MVP points are an important element to climbing the Athletes Unlimited leaderboard. Getting the votes for number 1 is worth even more than winning a game (+50) and, unlike win points, MVP points aren’t shared like winning an inning – MVPs 1, 2, and 3 have those points all to themselves.

Here’s something to keep in mind too: the champion of nearly every Athletes Unlimited season so far has also been the highest earner of MVP points. The only season where that did not occur was season one of Lacrosse.

Take a look at the top five on the leaderboard from the first series. It’s a lot of orange members from Series 1.

With Team Chidester being the winningest team going 3-4, every player on the Chiddy train collected 310 win points.

It was the biggest factor in Sam Fischer becoming the blue captain for Series 2. A breakdown of Fischer’s point earnings shows that she actually did not collect any MVP points, just win points and 156 stat points (only to trail Mulipola who has 160).

As a captain in charge of her own destiny, if she can recreate the success she’s experienced as an individual and team member it will be tough to knock her out of the top five.

Players to watch in Series 2.

These athletes may not find themselves in the captain’s chair or even in the top five, but if they can find dubs this week they’ll be ones to keep an eye on.

Megan Wiggins sits at No. 23 on the leaderboard, but she’s only third in stat points. She’s also in a small club with Mulipola and Gibson as the players with two home runs so far. Plus, Wiggins is hot with a .467 average overall.

This series will be consequential for the outfielder: she needs win points to pair with her stellar performances to shoot up the rankings.

A similar song could be sung for athletes like Amanda Lorenz, Aliyah Andrews, and Sierra Romero who could work their way up this weekend as well. They were all in gold in Series 1 picking up 280 win points, each earned 40 MVP points, and all hit consistently well.