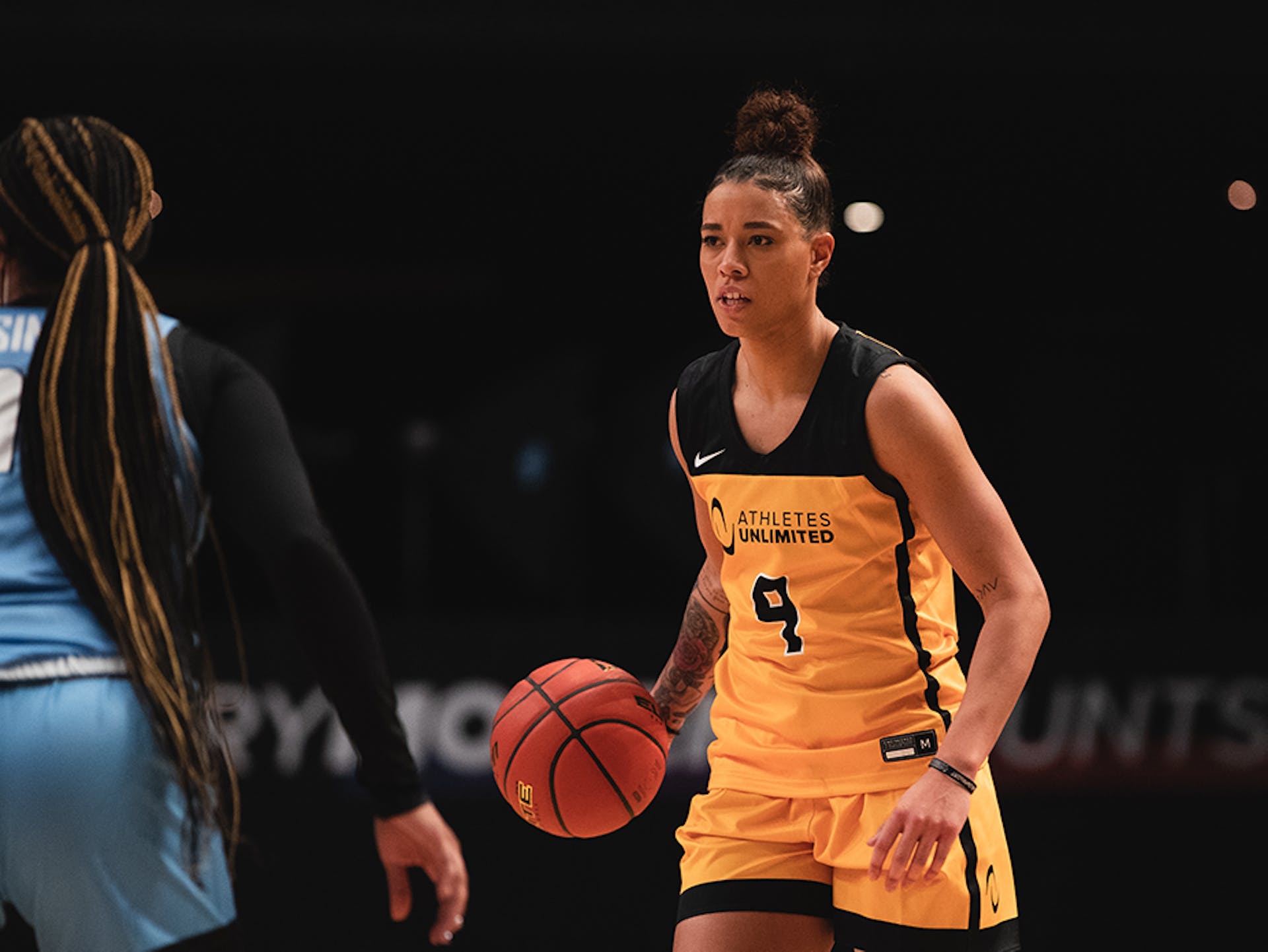 Week 1 of Athletes Unlimited Basketball is in the books and on Sunday afternoon, Week 2 officially kicked off with the Week 2 Draft.

Cloud, who accumulated 1,451 points, led all players with 35 assists for Team Carrington during Week 1. She picked up 650 win points from her team’s undefeated weekend and was named MVP 2 (60 additional points) each game.

Brown’s impressive week with Team Russell included a buzzer-beater trey to send the game into overtime against Team Carrington. She finished the week just over 100 points behind Cloud.

While we think she could've been the top play, we'll take #3️⃣. @SportsCenter, we've got plenty of games left to find your top spot 😉#BeUnlimited | #AUHoops pic.twitter.com/PdQwPg1vUD

Harrison is tied for the league-lead in made 2-pointers with Odyssey Sims (24) and earned the most MVP points of any player in Week 1 with 210 points.

The orange captain during the first week, Russell will remain a captain in Week 4 – this time for purple. She leads all players in rebounds, capturing 28 through the first three games.

Meet their teams for Week 2.