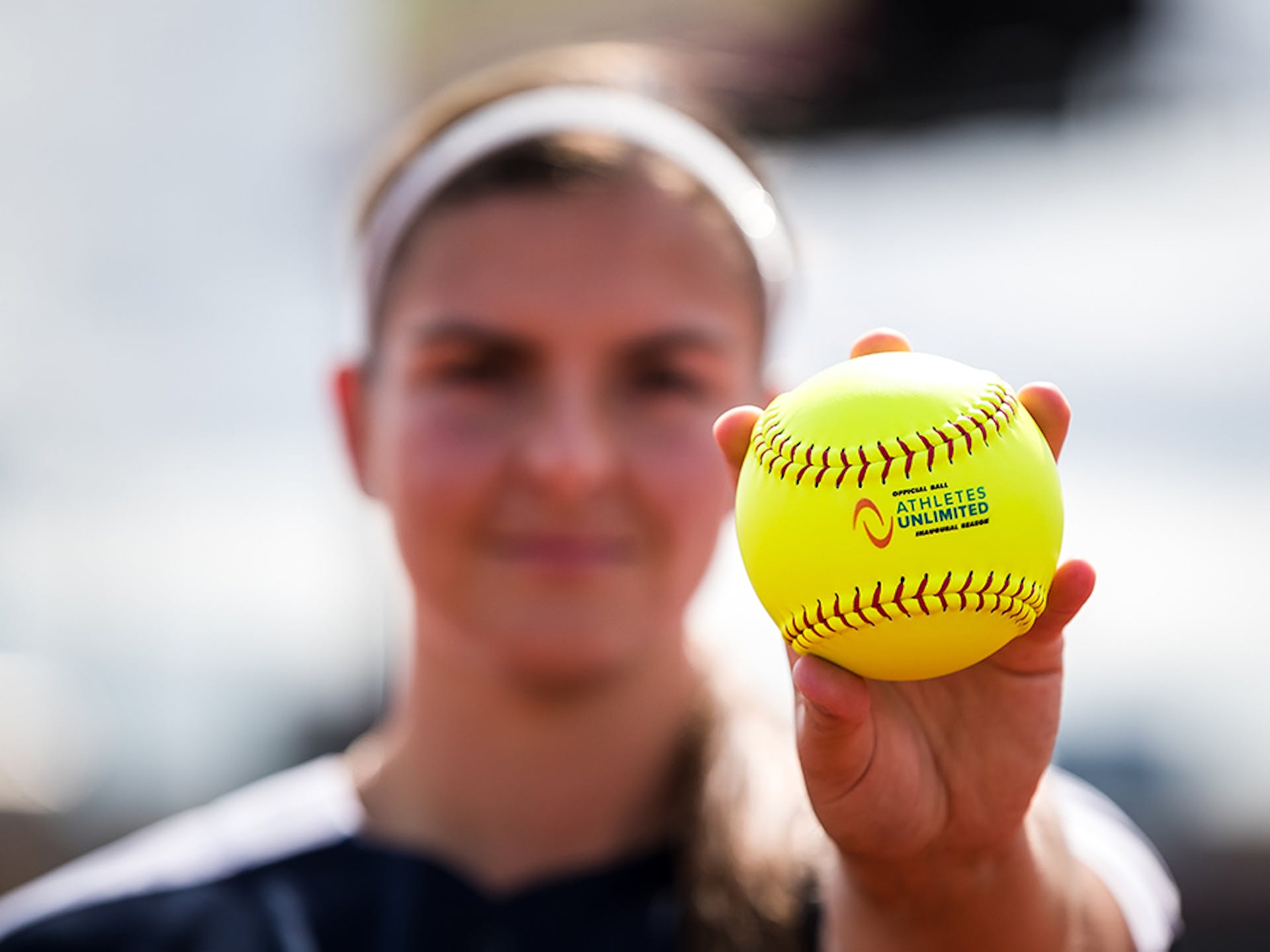 Throwing out the first pitch is a time-honored tradition in softball, but what happens when you’re playing softball in the midst of a global pandemic and can only allow the bare minimum amount of people into your bubble?

You improvise, of course.

That’s what Athletes Unlimited co-founder Jonathan Soros was tasked with doing in the weeks leading up to the start of the inaugural softball season. His solution: virtual first pitches. Throughout the season a diverse slate of digital first pitches took place, representing Athletes Unlimited supporters from varied backgrounds. From Bill Murray to Billie Jean King, from Natalie Portman to former women’s professional baseball player Maybelle Blair, the initiative showcased the breadth of support for women’s softball while representing the ability to adapt and innovate, values core the makeup of the league itself.

“I just thought it’d be a cool thing in the moment of a pandemic,” said Soros, who began assembling the roster just as some sports were beginning to return from hiatus. “Given that it was virtual it created an opportunity for us to connect with lots of people who otherwise might not be flying into Chicago to do a first pitch.” That silver lining allowed the Athletes Unlimited team to get creative about who they would invite to be part of the first pitch ceremonies.

For Soros, diversity was key to the success of the idea. “I think if you look at the totality of the program, we’ve had a great mix of participants. We’ve had some folks with real celebrity, some who are really important in sports in general, particularly elite leaders of women’s sports,” he said, before adding, “We’ve also recognized our causes programs and given a voice to some of the folks that we as a league are supporting.”

Despite the celebrity appearances, Soros found 92-year-old Maybelle Blair to be among the most compelling guests to throw a first pitch. Blair, who pitched in the All-American Girls Baseball League in 1948, has dedicated her life to the advancement of women’s baseball and softball.

Professional women’s softball is just the kind of thing that fires up Maybelle Blair. “I am so proud of this Athletes Unlimited. I can’t believe it,” she said. “I’ve been waiting 65 years to get things going and finally things are starting to happen, girls are starting to play professional sports.”

Blair retired from sports after World War II when fan support for women’s sports waned. Though her professional sports career was cut short, she hopes that through Athletes Unlimited women of today will have an opportunity to see their careers through. “There’s nothing in this world better than doing what you really love to do, and that’s playing sports. There’s nothing better than playing softball or baseball in my way of thinking,” she said.

Blair’s secretly hoping she’ll get to do a little bit more than just throw out a first pitch. She has other plans. “I’d like to be the little mascot and take me with them,” she said.

There’s no crying in baseball…or softballl!

Like any athlete, preparation was key to Wambach’s success on the ceremonial mound. “I practiced how to do the underhand pitch,” she said.

Her passion for women’s sports heightened the importance of the virtual first pitch program for her. “I just think it’s important that there’s representation of people who matter and it’s not just people that are involved in Athletes Unlimited,” she said. “I saw Bill Murray did it the other day and that’s super cool.”

Thank you @AbbyWambach for your support & throwing out the virtual first pitch ahead of our first game today! 🐐#BeUnlimited pic.twitter.com/UiuofJfvas

The virtual first pitch initiative was also a chance to pay homage to some of the people who have worked so hard to get softball where it is today, such as Mike Candrea, the head softball coach at the University of Arizona and coach of Team USA at the 2004 and 2008 Olympic Games.

For Candrea, seeing the progression of women’s softball through Athletes Unlimited has been encouraging; he’s wanted a viable option for young women to continue their careers beyond college. Throwing out a first pitch was a no-brainer.

“It was my opportunity to thank all these athletes for what they’re doing for the sport,” he said. “These are the players who are paving the way for the future of the sport. They’ve been good advocates and doing a good job promoting the sport and increasing the interest in these young girls who are playing the game and would like to dream of being a professional.”

For many softball players, Athletes Unlimited is what makes the dream of being professional possible. It’s one of the reasons why so many notable people have expressed interest in throwing out a first pitch.

“Athletes Unlimited provides much-needed opportunities for professional sports play in sports we love,” said Chris Mosier, a Team USA triathlete and transgender advocate. “AU is filling a role for both athletes and fans to bridge the professional gap between collegiate and Olympic competition, but with this exciting spin for the scoring system.”

Mosier tossed a first pitch as part of the virtual program, drawing on his earlier days as a softball athlete to make it happen. “My first pitch experience took me way back to my own softball days,” he said. “It’s been years since I threw a pitch but it came back pretty quickly — at least good enough to get the shot.”

Round of applause for @TeamUSA Triathlete Chris Mosier (@TheChrisMosier) on a spectacular first pitch for Game 2!

Seeing the resounding support for women’s softball from so many different people has been the result Soros was hoping for when he took the first pitch program virtual.

“Bottom line: I think it worked,” he said. “I think it’s been fun and positive and brought a lot in both directions.”

Check out all the first pitches from our inaugural season: