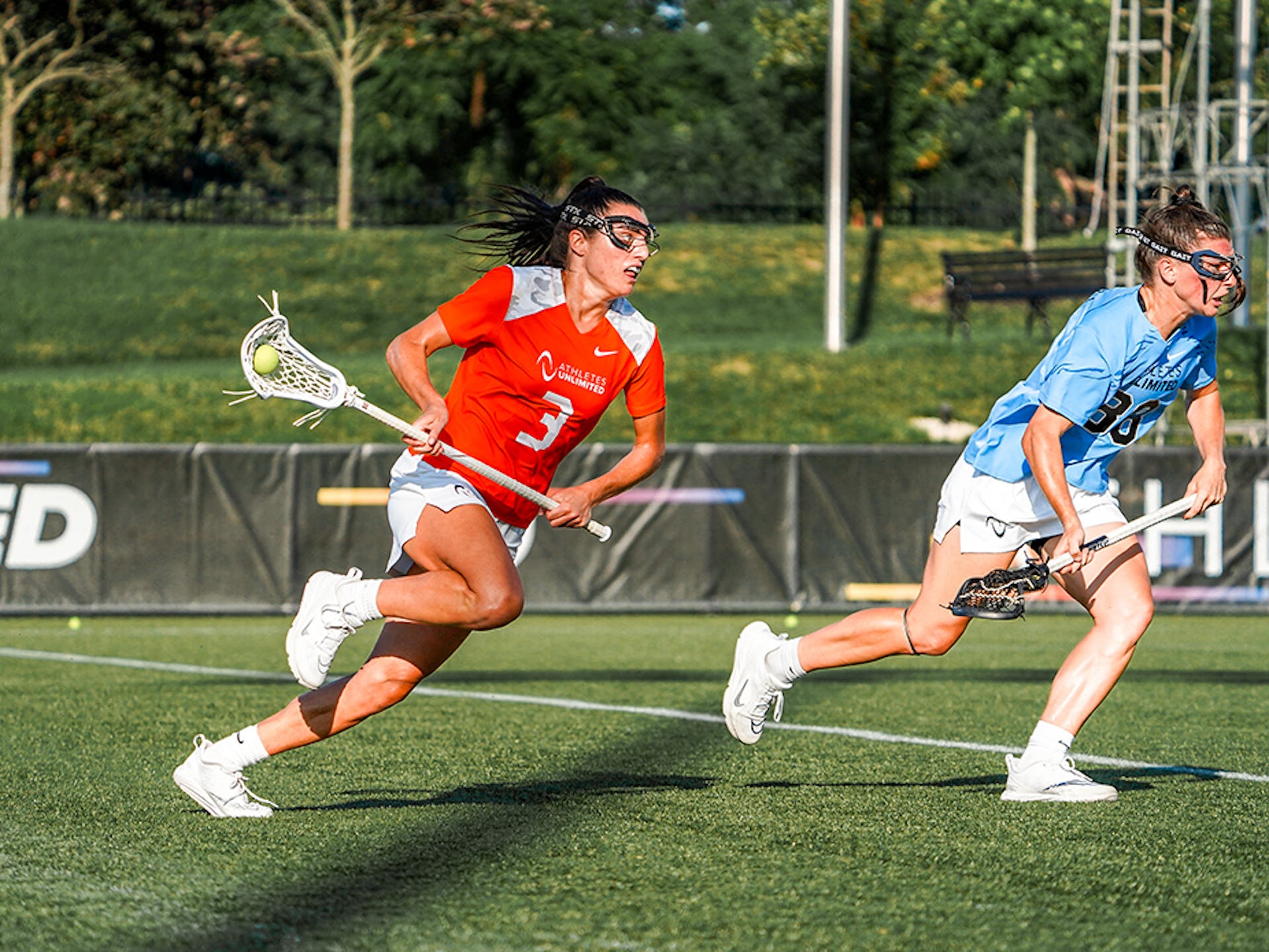 SPARKS, Md. — If there’s one thing Team Apuzzo knows how to do better than any other team in Athletes Unlimited Lacrosse, it’s putting together a come-from-behind victory.

And while the members of the team may have changed from Week Two to Week Three, the formula still works to perfection with the latest example coming on Thursday night in an 11-8 victory over Team Colson to begin the Week Three schedule at USA Lacrosse Headquarters.

The dynamic duo of attackers Lauren Gilbert and Alex Aust Holman paired up to lead Team Apuzzo to its latest comeback triumph, combining for eight goals with six draw controls and two ground balls. Aust Holman, who scored just four goals in her first six outings, cashed in for four goals in the victory and secured 174 leaderboard points after being named the game’s MVP 1 recipient.

Gilbert, meanwhile, tallied her fourth hat trick in seven games this season after equaling her season high with four goals, including a marker in each quarter. The former Northwestern standout closed play with 157 leaderboard points and was named the MVP 2 selection.

Trailing by a 5-2 margin midway through the second quarter, Team Apuzzo began its comeback bid with three straight goals to even the score at 5-5 with 4:31 left in the first half. Attacker Charlotte North reclaimed Team Colson’s advantage, but Team Apuzzo completed the comeback by scoring six of the final seven goals for the three-point victory.

The win allowed Apuzzo to become the first player this season with 1,000 or more leaderboard points as the former Boston College standout took over the league lead with 1,050 points. Gilbert also rose three spots to eighth place and has 764 points in seven games.