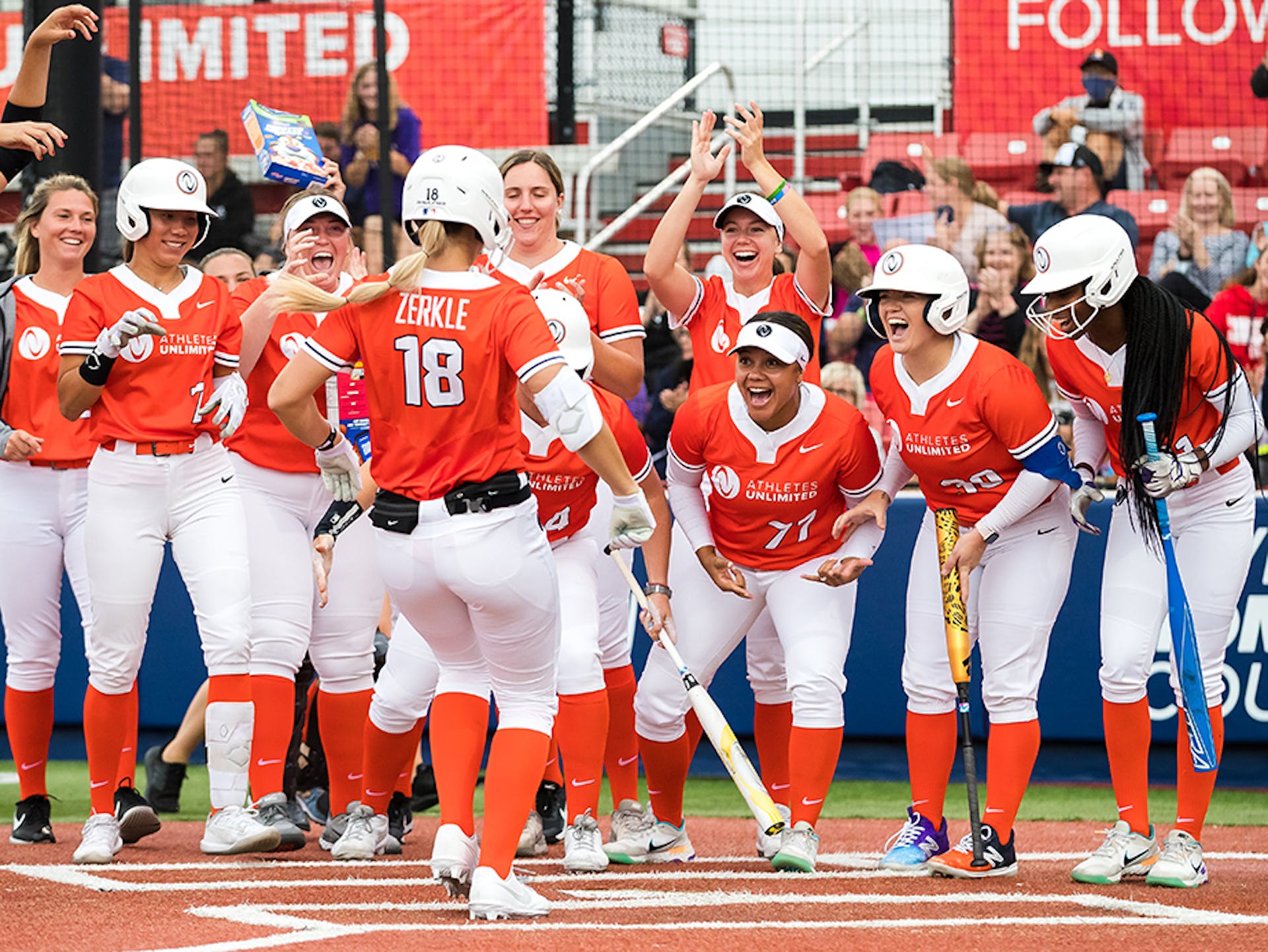 Entering its third season of operation in 2022, Athletes Unlimited Softball today announced it is expanding to include a new two-week competition that will provide more playing opportunities and compensation to athletes, and more pro softball for fans. The new competition – AUX Softball – will take place June 13-26, coinciding with the 50th anniversary of Title IX on June 23.

AUX Softball will feature 42 athletes playing 18 games in a to-be-announced single-city venue. Similar to the Athletes Unlimited championship season, AUX Softball games will be broadcast in the U.S. and around the world.

To-date, a total of 31 players from 2021 – including 12 Olympians from four countries – have re-signed with the league for the 2022 Athletes Unlimited Softball season. Of those players, 27 will also participate in AUX Softball. For the first time in Athletes Unlimited history, 15 players have been offered and signed two-year contracts, signaling a long-term commitment by the athletes and league to pro softball.

Highlighting the list of newcomers are two of the most prolific NCAA players in recent history: pitcher Rachel Garcia (Palmdale, Calif.) and middle infielder Sierra Romero (Murrieta, Calif.). The pair of four-time All-Americans will play in both the AUX and championship seasons in 2022, with Garcia signed through 2023.

Garcia, who won the silver medal at the Tokyo Olympics and 2018 world championship with Team USA, completed her career earlier this year at UCLA with a 99-17 record and 1.43 ERA with 996 strikeouts. She was named the Women’s College World Series Most Outstanding Player in 2019 en route to leading the Bruins to the NCAA title, and earned USA Softball Collegiate Player of the Year and espnW Softball Player of the Year honors in both 2018 and 2019. She was also a three-time Honda Sports Award winner for softball (2018, 2019, 2021), and won the Honda Cup as the top female athlete in the nation in both 2019 and 2021.

Romero, a 2016 University of Michigan graduate, is the first player in NCAA history to record 300 runs, 300 hits and 300 RBIs; and is the NCAA record-holder in career runs (302) and grand slams (11). She was the espnW Softball Player of the Year in 2015, and won three subsequent national player of the year awards in 2016: the Honda Sport Award for Softball, USA Softball Collegiate Player of the Year and NFCA Division I Player of the Year.

Additional newcomers include a pair of highly regarded pitchers: Greta Cecchetti (Bollate, Italy), who played for Italy at the 2020 Olympics, and Shannon Saile (Land O’Lakes, Florida), a 2021 NCAA champion with the University of Oklahoma.

Jon Patricof, Athletes Unlimited CEO and co-founder, said: “This expansion of Athletes Unlimited Softball offers an additional opportunity for our world-class players to compete at the highest level, while increasing their compensation and bonus potential. AUX also provides another opportunity for the huge softball fanbase in this country and around the world to watch and engage with the sport’s best players.

“In addition, the signing of 15 players to two-year contracts represents our commitment to the continued growth and investment in Athletes Unlimited Softball, and allows for greater certainty and continuity.”

Victoria Hayward (Toronto, Ontario), 2020 Olympic bronze medalist and chair of the Athletes Unlimited Softball Player Executive Committee, said: “We are incredibly excited about the launch of AUX. One of our goals from the onset of Athletes Unlimited was to build a league that could scale to provide livable salaries for its athletes, and AUX is a huge step in that direction. We are continuing to attract the best players in the world and look forward to an even more competitive 2022.”

Garcia said: “After taking some time following the Olympics, I am excited to begin my professional career with Athletes Unlimited next season. I’ve enjoyed watching several teammates and friends compete in AU, and I look forward to competing on the same field with the best players in the game. AU is growing the game for professional female athletes and I look forward to being a part of something special.”

In 2021, Athletes Unlimited Softball was distributed on television via 22 national linear broadcasts. Additional coverage was offered on Facebook and YouTube, and via global broadcast partners covering 123 countries. The league’s 2022 media partners will be announced in the new year.

ˣPlaying in both Athletes Unlimited Softball and AUX Softball

Athletes Unlimited Lacrosse to hold 2022 College Draft on May 31