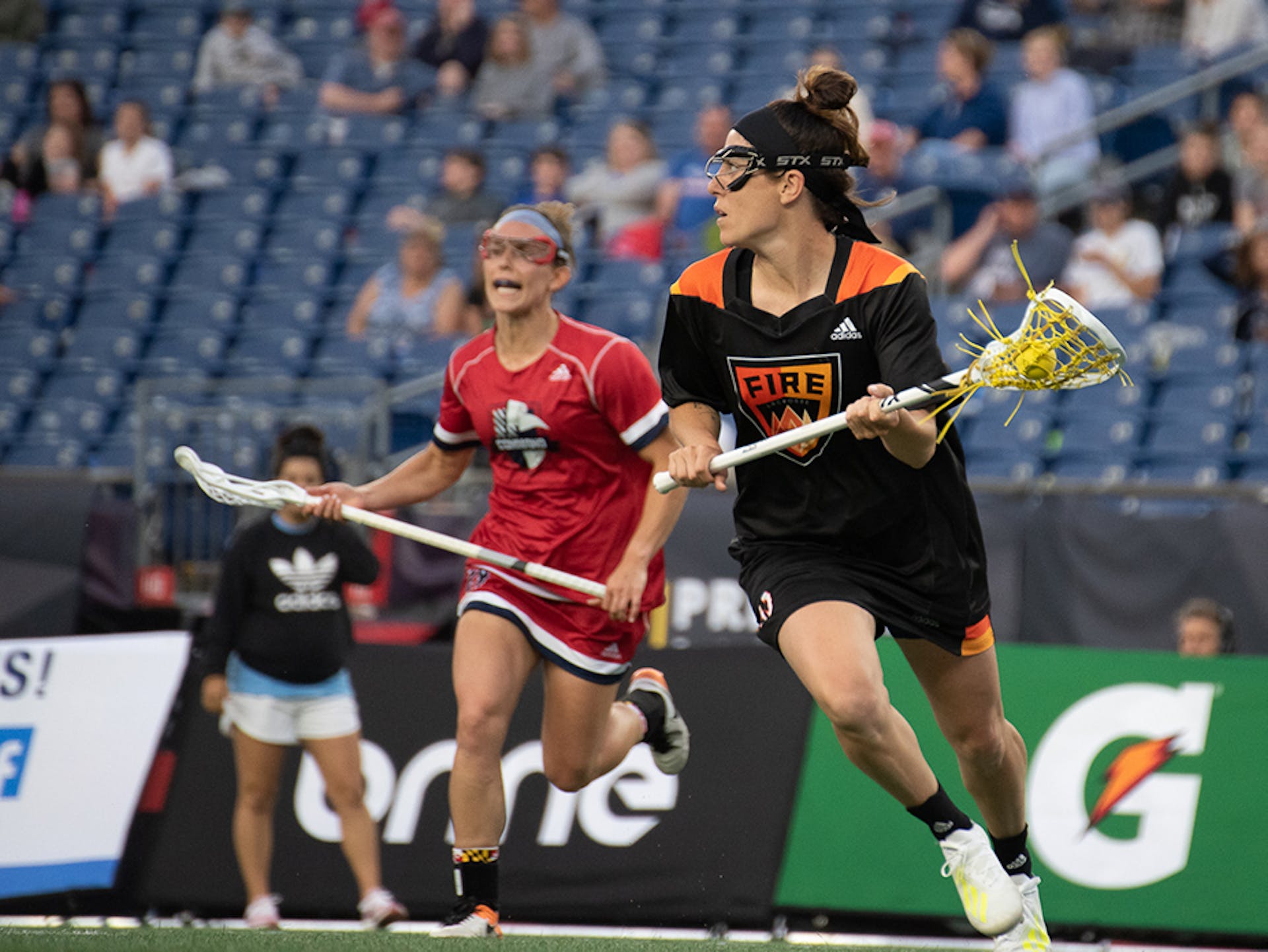 Athletes Unlimited today announced its third pro sports league will be women’s lacrosse. The new league will be played from July 19 – August 22 following the 2021 World Cup at a site to be determined.

Athletes Unlimited Lacrosse will play a short form, fast paced format consisting of eight-minute quarters, 9v9 gameplay and a 60-second shot clock all housed on an 80yd x 50yd playing field. Athletes Unlimited Lacrosse will be comprised of 56 players that will roster four teams of 14 players each. Play will begin with draws at the beginning of each quarter as well as after every goal.

Twenty-two athletes are confirmed to play, they include:

In addition, former CEO and Founder of the Women’s Professional Lacrosse League Michele “DJ” Dejuliis will also join Athletes Unlimited as a Senior Director of Lacrosse to help run the league. Dejuliis was a former four-time All-American lacrosse player at Penn State, is a member of the US Lacrosse National Hall of Fame and won a World Championships as captain of the US National Team in 2009.

“Women’s lacrosse is one of the fastest growing sports in the United States and incredibly popular among young players and fans,” said Jon Patricof, CEO and Co-Founder of Athletes Unlimited. “Our leagues are all about excitement, storytelling and fan engagement so lacrosse is the perfect addition to our network of pro sports leagues which already includes softball and indoor volleyball.”

Athletes Unlimited leagues will feature a range of innovations to bring athletes and fans a unique and intense version of the sport. Individual athletes earn points based on team wins and individual performance and become the champions in team sports. Points can be earned on every play and the leaderboard changes constantly. Teams will change each week, with the top four athletes in the standings serving as captains and drafting their teams.