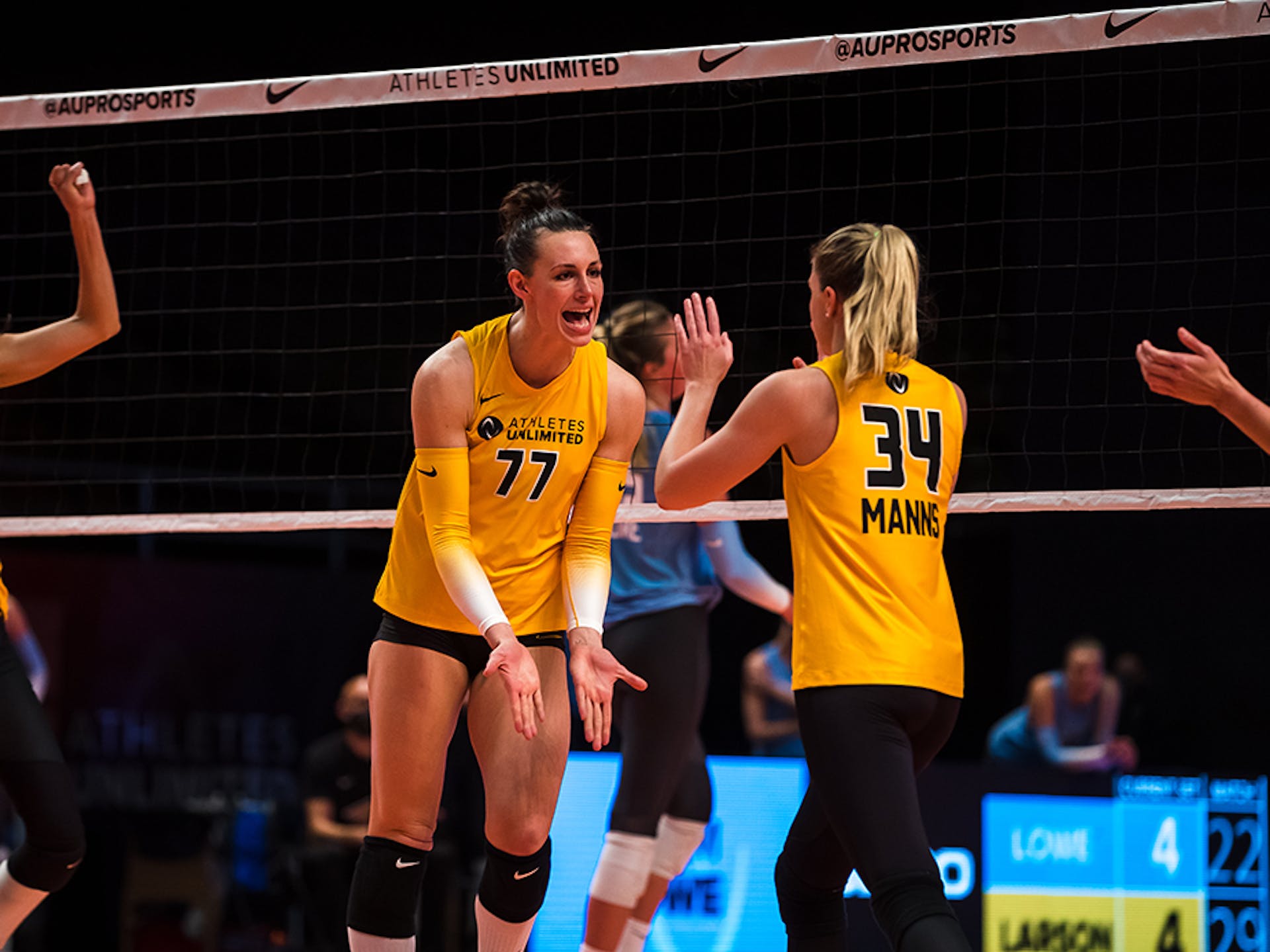 Crocker ended the match with four blocks and had nine kills on 12 attempts for a .670 attack percentage. Crocker was voted MVP 1, giving her 60 points and putting her at 308 overall.

Crocker attributed her standout performance to her teammates.

“Something this team has done a really good job of from the get-go is holding each other accountable and responsible,” Crocker said. “Everyone has done a good job of showing up every day and giving 100%, and I think that comes from our leadership and all of the supportive players. I think that everybody’s competing at their absolute best just going into the final week and making sure that we’re going out swinging.”

In the first set, captains Jordan Larson and Karsta Lowe earned multiple stuff blocks against each other. Lowe blocked Larson twice and Larson blocked Lowe three times, with her final block being a solo.

Despite being blocked though, Lowe led her team in kills, obtaining five. Larson had four kills, tying teammates Sheilla Castro and Crocker.

The two teams were close until Lianna Sybeldon went on a six-point serving run, putting Team Larson up 22-16. Lowe finally ended the run with a kill, but her team was unable to make a comeback as Team Larson won the set 25-18.

In the second set, improved serve receive from Team Lowe allowed setter Samantha Seliger- Swenson to locate her middles more often and both Molly McCage and Nia Grant became more involved in the offense. As the improved passing stalled the blockers longer, outside hitter Symone Abbott was able to elevate her hitting percentage from the first set, attacking .500 with four kills on eight attempts.

Late in the set, Team Larson issued back-to-back challenges, a rare decision since each team is only granted two per set. They lost the first but got the second when a ball that Larson had hit was deemed in instead of out. The overturned call put Team Larson at 17-23, and the point was followed by an ace from outside hitter Cassidy Lichtman.

Team Larson carried that energy into the third set. Ball control errors by Team Lowe and calculated kills from Team Larson allowed Team Larson to gather a six-point serving run with Larson on the backline. When Larson ended her own run by missing her serve, the score stood at 13-5.

After Team Larson built their substantial lead, Team Lowe couldn’t overcome the point margin and dropped the set 12-25. Each member of Team Larson left the match with 140 win points while each teammate on Team Lowe earned 40.

Lowe was voted MVP 3 for 20 points. Throughout the match, she had 13 kills on 42 attempts for a .210 attack percentage, nine digs, and two blocks.