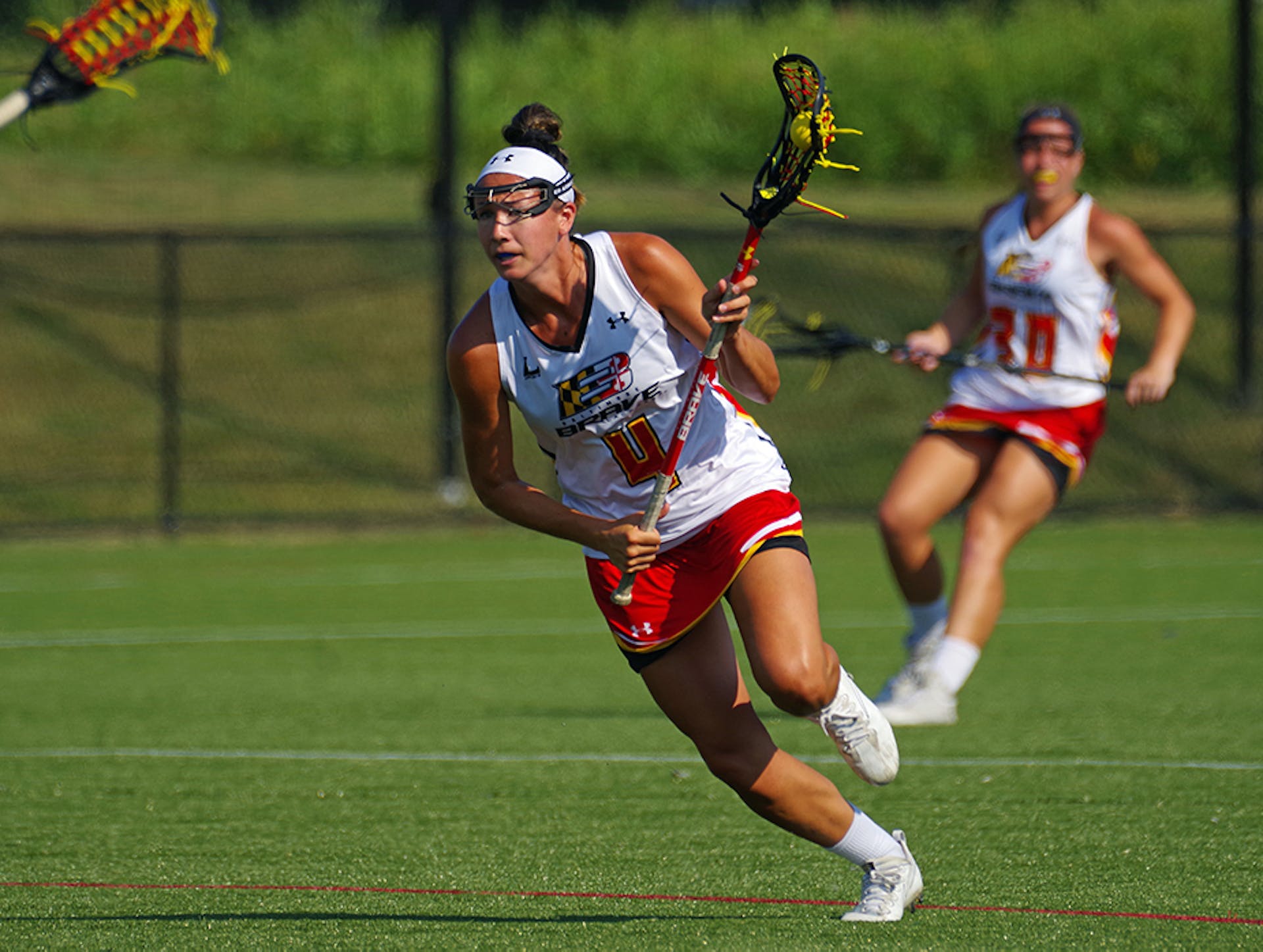 From playing on Team USA, to one of the most decorated players in the University of North Carolina (UNC) women’s lacrosse history, it is no secret that lacrosse midfielder Marie McCool is one of the best in the sport. Despite playing on many big stages, she is just like many; balancing a career, training and being a dog mom to her Newfypoo Maisie.

Many might know her accomplishments on the field, but here are some things you might not know about her off of it.

She’s a tough player with a big heart.

“The way I play lacrosse, I am pretty laser focused on the field. I don’t come off as a super emotional person with my facial expressions,” she said. “I think because I play with such a high level of intensity, people actually don’t know that about me.”

Despite being a tough player, she enjoys spending time with people off the field and getting to share stories.

“I love interacting with people, I love meeting new people, I love chatting and learning about their life,” she said. “That’s the one thing I think people are pretty surprised about when they meet me is my overall personality and how talkative I am because I am so quiet and intense on the field.”

McCool wanted to be the next Mia Hamm.

Before Athletes Unlimited, at one point she could envision herself on the United States Women’s National Soccer Team or playing in the FIFA Women’s World Cup.

While at UNC, she was not only a three-time First Team All-American, but she also won an NCAA title in 2016. UNC gave her the opportunity to compete in lacrosse at a high level, but soccer was her first love.

During her time at UNC she spent a lot of time volunteering at the Children’s Hospital. Through that experience she found a passion for working in healthcare.

“After lacrosse, the goal is to be in a position where I am just helping others in some way,” she said.

Now, she is pursuing a Masters of Science in Nutrition and Dietetics to go after that dream.

“My goal is to hopefully work in a hospital or a clinical setting one day and become a registered dietician,” she said. “I was super passionate about that in college and want to continue that.”

She’s Proud to be Asian American.

Now more than ever she is proud of her heritage and being biracial. Growing up in one of the top lacrosse towns right outside of Philadelphia, she always had to compete at a high level. Knowing that she could achieve anything she set her mind to was something she adopted from her grandparents, who are first generation Americans.

“That attitude, I definitely learned from my grandparents who were immigrants from China,” she said. “I think being around my grandparents and being able to witness their work ethic and dedication and the cultural experiences that I’ve had has really helped me with my personal growth and development.”

She has also been able to lean on other biracial players such as Alex Aust to share experiences and now wants to be a voice for the AAPI community.

“As I started to get older, I did realize there weren’t that many biracial lacrosse players so I think for me it was something that I honed in and started to take pride in,” she said.

For much of her childhood she was balancing school and playing three sports so oftentimes practice and games kept her from being able to travel. After graduating college, she ultimately took the time to invest in new interests.

“When I graduated from UNC, I took some time off just to have fun and do other things that weren’t related to lacrosse and I loved it,” she said.

Like many, the pandemic cancelled many of the trips she had planned last summer, but her next stop? She hopes to travel to Greece; but not until she travels to DC to play in the inaugural Athletes Unlimited lacrosse season of course.