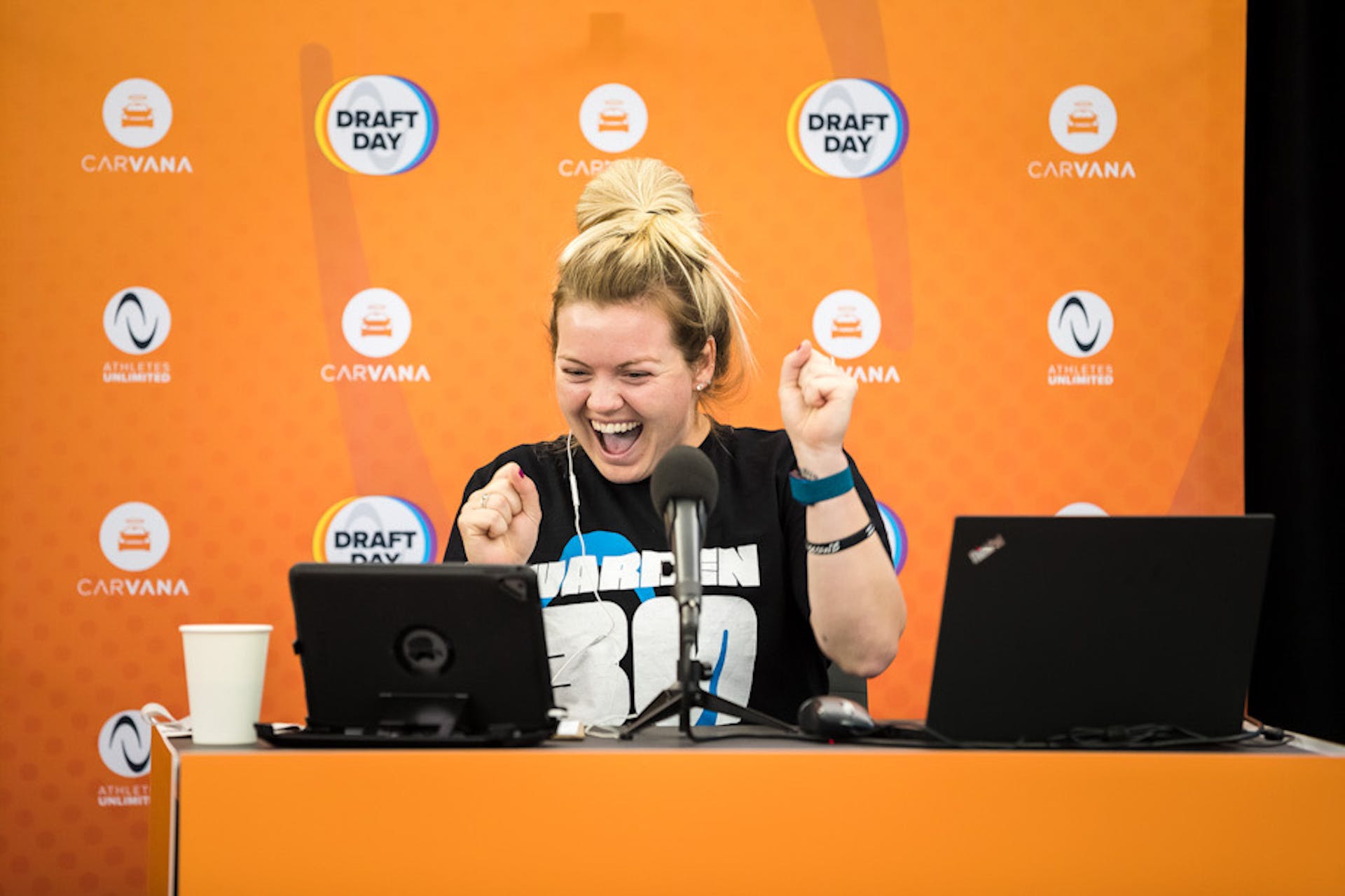 Yes, Cat Osterman did draft her favored catcher, Gwen Svekis. That was no surprise Tuesday as Athletes Unlimited conducted its fifth and final draft of the 2020 softball season.

No, Osterman did not take Svekis with the No. 1 overall pick as she had done the previous three drafts. In perhaps the shocker of the draft, Svekis went to Osterman in the third round, but never fear, the two will be together for a fifth straight week of softball, which kicks off Saturday at Parkway Bank Sports Complex in Rosemont.

Osterman, the overall points leader, said Monday night that she was “keeping my cards close to my chest this week.”

Instead of picking Svekis No. 1 overall, Team Gold captain Osterman may have drawn another ace as she took fellow left-handed pitcher Haylie Wagner with the top pick. The two had faced each other four times this season, with Wagner finally coming out on top this past weekend as she bested Osterman 4-1.

Before taking Svekis in Round 3, Osterman went for outfielder and former captain Victoria Hayward in the second round. Hayward is the only batter in Athletes Unlimited who has batted leadoff in all of her team’s games.

Wagner was a first-round pick in every draft except the first, when she was a team captain.

The rest of the first round also proved interesting.

Left-handed pitcher Danielle O’Toole was the second overall pick, taken by Team Orange captain Jessie Warren. O’Toole is the only player to be taken in the first round of all five Athletes Unlimited softball drafts.

However, she was named the Carvana Pick of the Week for this past weekend’s play, when she hit four home runs, giving her a league-leading eight for the season.

There were a couple of other rising stars in the third round. Pitcher Kelly Barnhill, who also has looked strong of late, went to Team Warren. Barnhill was an 11th-round pick the previous week. Outfielder Morgan Howe, who has hit two home runs over the scoreboard this season, went in the third round to Ocasio after being a fifth-round pick last week.

Both Osterman and Ocasio went with a handful of players they drafted in the past. After Osterman selected Hayward and Svekis, she went with Tori Vidales and Aubrey Leach in the next two rounds.

Ocasio went with seven players overall that she had previously selected.

Although Piancastelli made draft picks for the first time this season Tuesday, she is no stranger to being a captain. When Ocasio returned home to tend to a family emergency for the third week of play, Piancastelli took over as team captain and impressed teammates and opponents alike with her leadership. She then had a strong weekend of play in Week 4 to vault herself into the No. 3 spot in overall season points scored.

Also of note, all four of this week’s captains played together in Week 1 on Team Warren. Now, they’ll try to out-strategize each other in the final weekend of Athletes Unlimited Softball.

Popular searches
Volleyball, Amanda chidester, Who has the only triple double