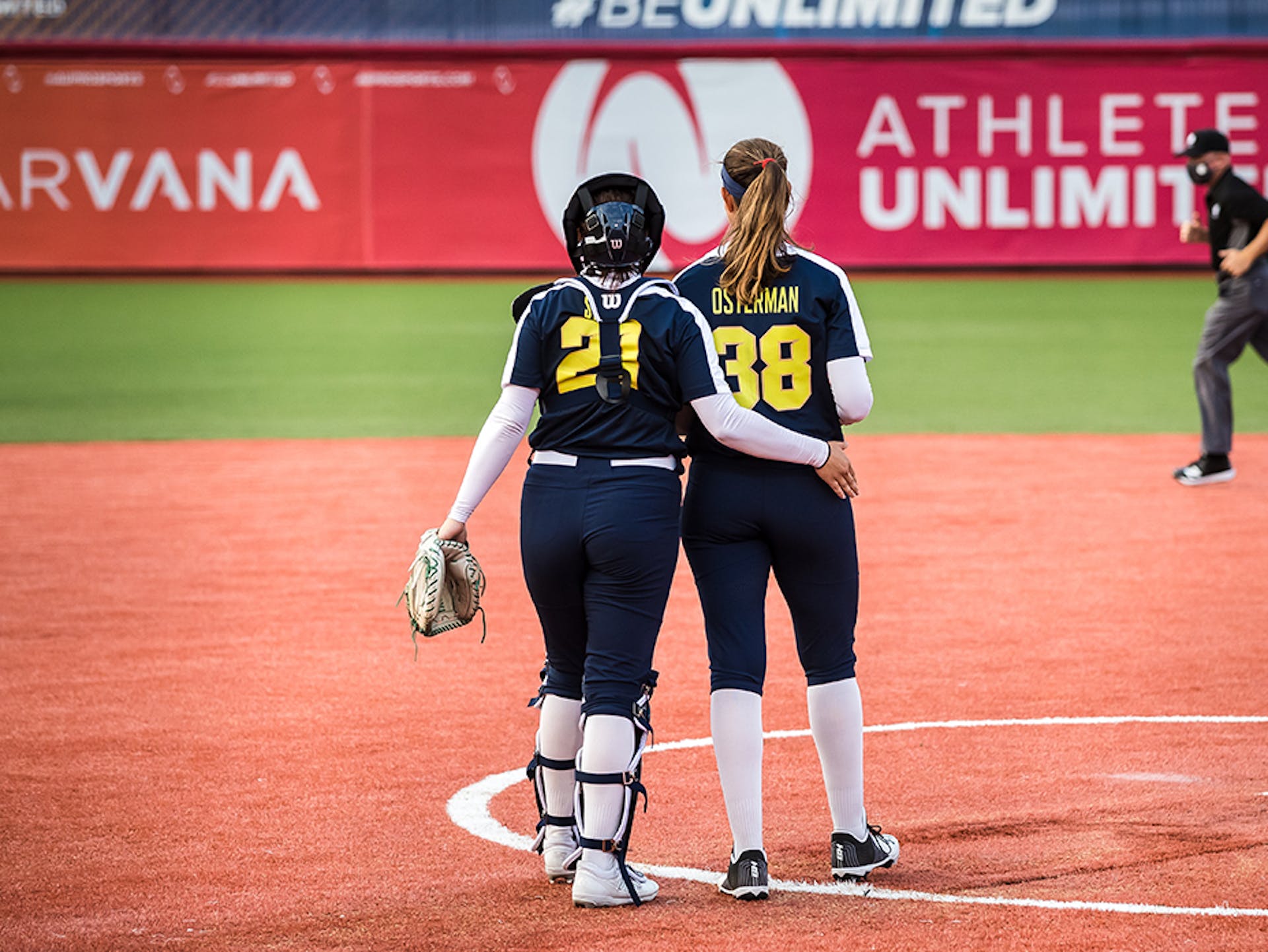 As we head into Week 4 of the Athletes Unlimited inaugural softball season, it’s time to take stock of how the league’s scoring system has played out. Many simulations and tests helped put together a system that accurately reflects the value a player provides on the field for her team. Nearly every hitting, pitching, and baserunning outcome has been assigned a numeric value. A quick look at the standings shows one player in particular has crushed the competition.

Pitcher Cat Osterman is well in front of the rest of the pack with 1,672 total points accumulated. The difference between Osterman and Janie Reed, who is in second place with 1,170 points, is equal to the distance between Reed and the league’s 30th-ranked player so far.

And while some players – like Osterman – have pretty clear strengths that show up in the box score and lead to higher point totals, others have strengths that can’t be measured as easily. Those players may be slipping through the cracks as a result.

The most obvious trait a player can have that isn’t calculated in Athletes Unlimited’s scoring system is defensive prowess. The league toyed with the idea of including defensive stats in player scoring but found that there wasn’t an easy way to account for positional value. If a negative value was assigned to errors, infielders would have been punished more than outfielders due to having more chances to make mistakes. Without any way to account for value produced with the glove, some defensive studs are flying under the radar in the standings.

Take outfielder Haylie McCleney for instance. The four-time All-SEC Defensive Team representative at the University of Alabama, McCleney has flashed the leather like few players in the league this year. If you need evidence, look no further than this dazzling catch made a couple of weeks ago.

We have no words.

McCleney, who ranks just 23rd in the league by stat points, is the 14th-best player by total points in part because her defensive stardom has brought her team to victory. Her 660 win points are more than a pair of the league’s top-10 players overall, Aleshia Ocasio (540) and Hannah Flippen (560).

Flippen herself has proven to be a defensive asset up the middle this season. Just look at how smoothly she makes this play.

However, she’s been so good with the bat that it’s hard to call her an underrated player. Her 310 stat points rank 4th in the league. If anything, her defensive achievements demonstrate that she’s even better than she’s been given credit for.

Another major quality that can’t be measured is how well a player meshes with her teammates. The unbreakable combination of Cat Osterman and Gwen Svekis has gone undefeated this year. That’s in part because Osterman, who has been a team captain every week except the first, has always chosen Svekis in the first round of the draft. As a catcher, Svekis embodies many qualities of a leader on the field, working with pitchers and always being a vocal presence in games. Those qualities have not gone unnoticed by the league’s fans.

@Jen_schro I’m loving the communication @g_svekis @AUProSports has with her pitchers. So valuable!!

With Svekis behind the dish, Osterman has posted a 0.68 ERA while allowing opponents to hit just .129 against her. Since Osterman has only pitched with Svekis behind the plate, we don’t know how she’d perform without her. The fact that she has always selected the backstop in the draft suggests that the two are comfortable working together. To say it has paid off would be an understatement.

Svekis has been one of the biggest beneficiaries of win points. By stat points, she ranks 28th in the league, but since she has never lost a game, her overall point value comes in at 7th. Svekis is the only player in the top 10 who has yet to win an MVP, likely because of who she shares the field with. That doesn’t mean she hasn’t delivered MVP value this season.

As we enter the final two weeks of the season, we’ll see if more trends like these start to emerge. Perhaps a new set of players will discover how well they work together and will start to rack up win points as a result, propelling them in the league’s standings.

With Athletes Unlimited’s unique format, the dynamics of the league can change in an instant. It should make for an interesting home stretch.