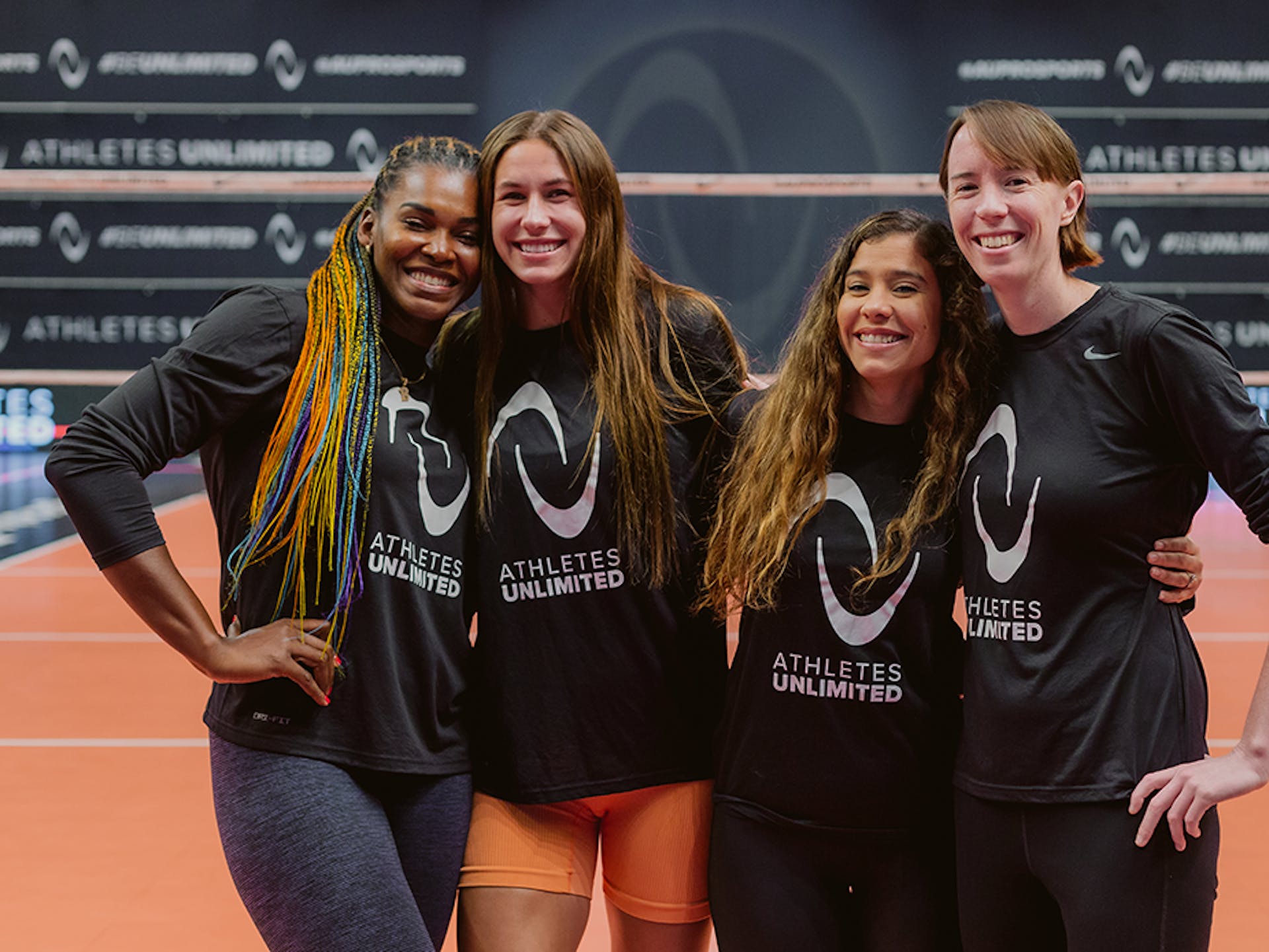 The final week of the second season of Athletes Unlimited Volleyball is just around the corner. Bethania De La Cruz, Natalia Valentin-Anderson, Dani Drews and Cassidy Lichtman took their seats one last time at the Week 5 Draft to select their last teams of the season.

De La Cruz jumped into the No. 1 spot on the leaderboard (3,361 points) after a 2-1 week with her team. She became the career kills leader with 371, pulling ahead of Karsta Lowe who previously held the record (340).

The league-leader in assists, Valentin-Anderson, has posted 448 this season and ranks second in aces (12), alongside De La Cruz. The three-time captain will captain the blue squad in her final campaign of the season with 2,778 points, just 28 points behind Drews.

Lichtman is a first-time captain in the final week. The Chair of the Player Executive Committee for Volleyball has racked up 2,528 points this season with 108 digs, 66 kills and 10 aces.

With only six matches until we crown a champion, meet the Week 5 Teams.