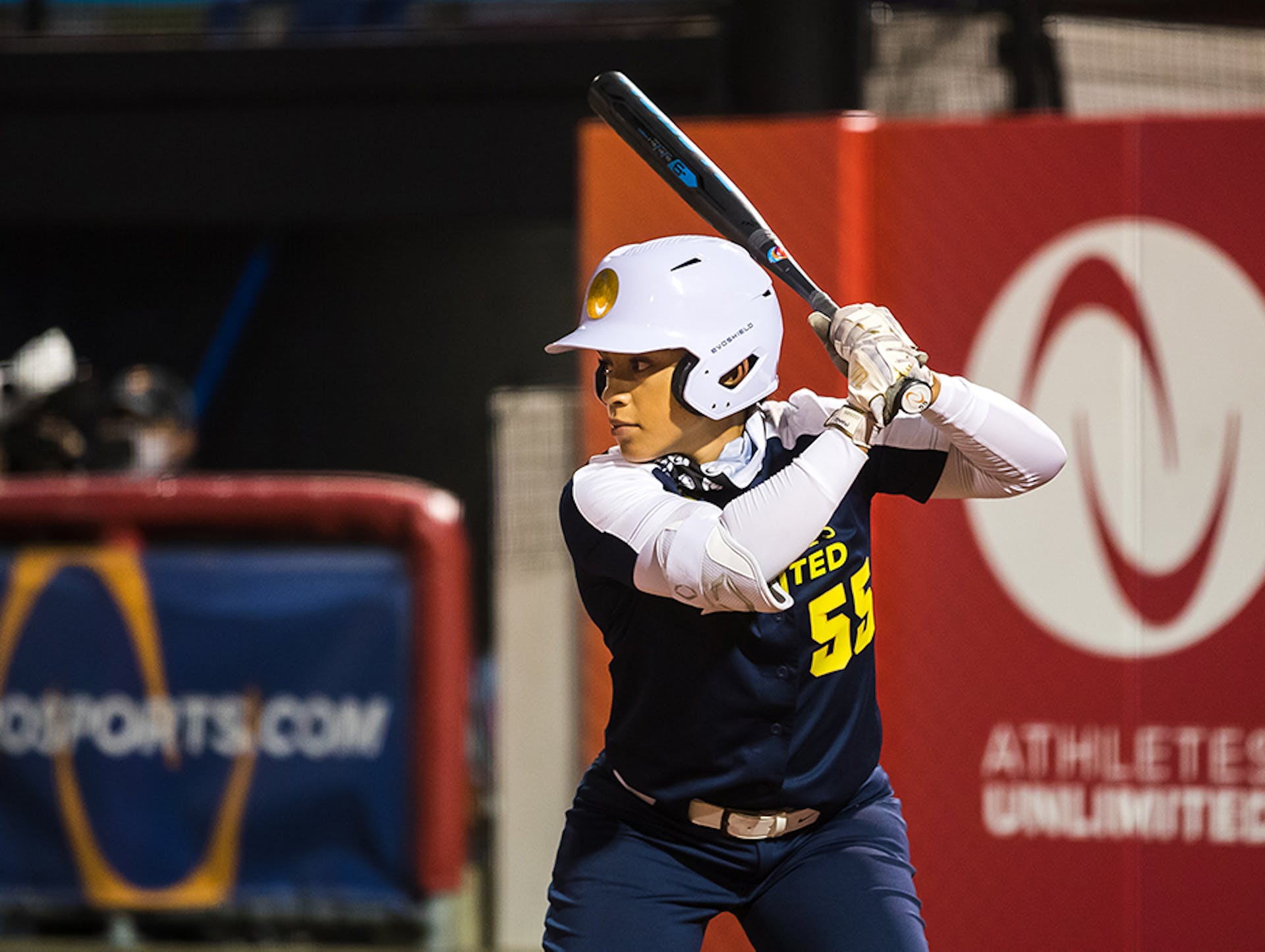 The NFL season is upon us, so the term “pick six” is going to be in vogue.

For Team Osterman Saturday night, it was a “big six” in the second inning against Team Reed.

Osterman’s Gold team fell behind Team Reed in the first inning but put a 6-spot on the board in the bottom of the second, sending 10 batters to the plate. Team Reed scored three in the fifth to make it interesting, but Osterman’s squad held on for a 6-4 victory at Parkway Bank Sports Complex in Rosemont.

Osterman has been the star of the show so far in Athletes Unlimited softball, and indeed, she was solid again Saturday, working the first four innings and then coming back to close things out in the seventh. She ran her record to 6-0 in this competition by allowing two hits and one run while walking one and striking out six.

But the beauty of the Athletes Unlimited scoring and MVP voting is that any player can be the star of the show and add to her points total in any given game.

Say hello to Mandie Perez. She had only three at-bats for the season entering Saturday night. But she hit a two-run homer in the six-run second inning. She also made a diving catch of Amanda Sanchez’s fly to left to end the game with a runner on base. That earned a big wave from Osterman as she walked off the field victorious.

“It all felt great,” Perez said. “We’ve been working as a team and individually. I’ve been just trying to get into the cages as much as I can and work with my facilitators. It just felt awesome, and it just felt good to contribute.”

Perez earned MVP 3 honors for her night. That gave her an additional 20 points in addition to her 40 for the home run and 80 for innings and win points.

Asked if she preferred the homer or the catch, she replied: “Oh, probably my home run. I’ve just been wanting at-bats. I’ve gotten time on defense. Knowing that Sami (Fagan) was on second and she got in and (the ball) went over as far as it did, I was just excited.”

Fagan had just doubled home a pair before Perez’s at-bats to really get the line moving.

“I try not to think about what I needed to do in that moment, like, ‘I need to score for my team right now,’” Fagan said. “I was just like, ‘You know what? I’m going to do the best I can on the best pitch that I can.’ I really just wanted to swing with intent and put the best swing on the best ball that I saw. And I did that. I waited for a good pitch. I was 2-0 in the count. I got the pitch that I wanted, and I did what I should have done with it.”

There was just one more bit of intrigue and a bit of deja vu in the inning. Aubrey Leach hit a ball down the left-field line and came all the way around to score on what looked like an inside-the-park home run. However, the hit was ruled a double and a two-base error on Janie Reed, who couldn’t come up with the ball on a sliding attempt. It was Reed who last Monday hit an inside-the-park homer while playing for Team Osterman. That helped her earn a captain’s spot for this weekend.

Leach didn’t know how the play was ruled until after the game.

“I didn’t know it got ruled a double, but yeah, Janie had the first one,” she said. “I was actually on defense when that happened. So it’s funny that it was roles revered.”

Naturally she wanted the homer

Team Reed got a first-inning homer from Hannah Flippen, who added a sacrifice fly in the fifth.

Svekis goes No. 1 overall for second week, while other teams focus on pitching