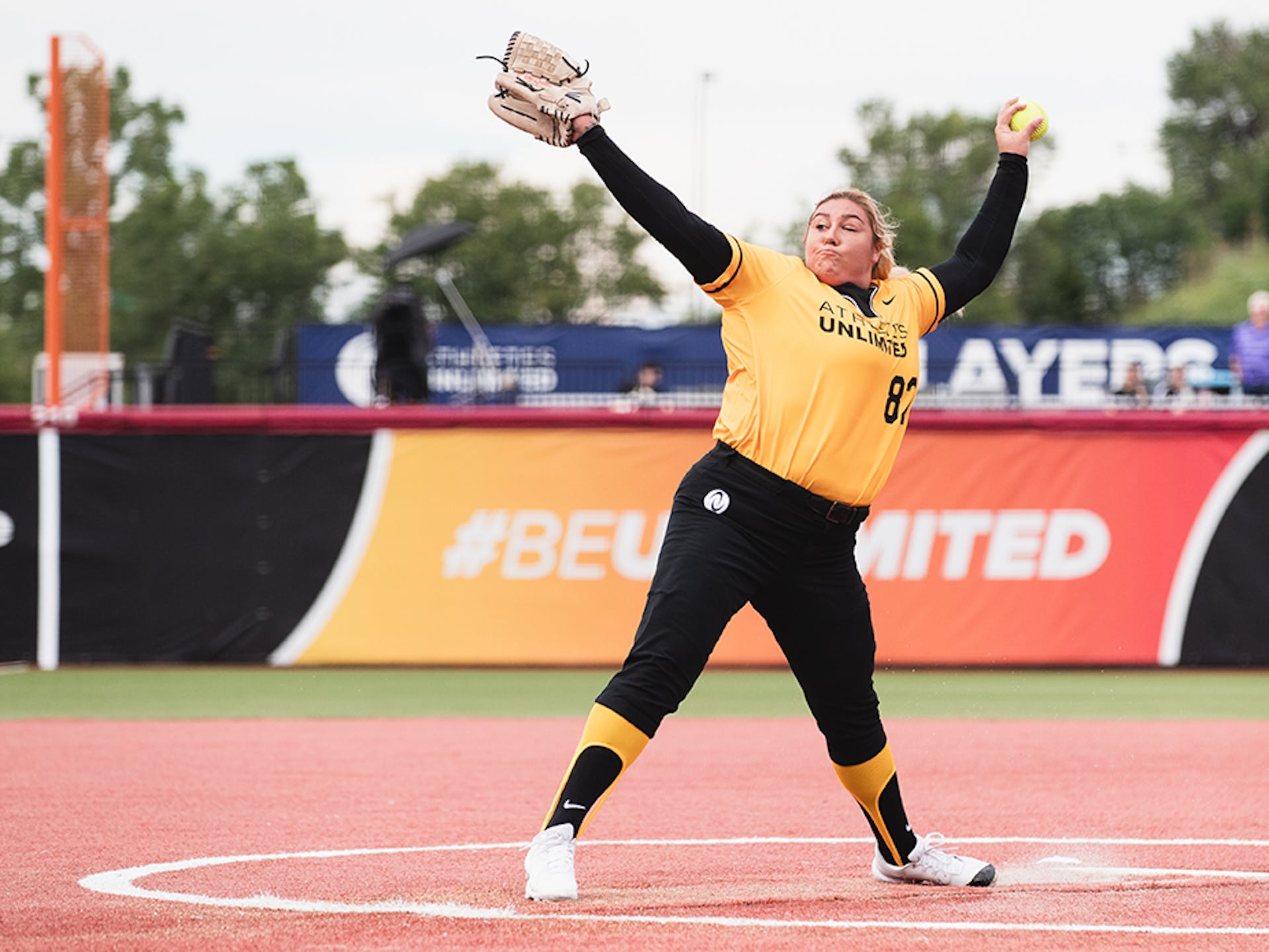 A Championship is on the line as we enter Week 5 of Athletes Unlimited Softball. Every moment and point opportunity has come down to this.

Dejah Mulipola is in the No. 1 spot for the third consecutive week with 1,462 points. She posted three hits, including a home run and a triple on Sunday.

Mulipola’s 98 points ahead of Amanda Chidester, who rose to No. 2 with 1,364 points. She had two hits and her team captured the most win points (250) during Week 4. Those win points came in part due to pitcher Alyssa Denham’s performance, who will serve as a first time captain this week. Denham (1,316 points) rose 10 spots on the leaderboard with two complete games, including a three-hit shutout on Sunday. She earned all available win points, stat points and MVP 1 honors for 265 points to jump into the No. 3 spot.

Haylie McCleney captains the purple team this week at No. 4 with 1,316 points. She and Denham are tied, but Denham earned the No. 3 spot due to the tiebreaker awarded to the athlete with the most win points from most recent series. McCleney had three hits in Week 4.