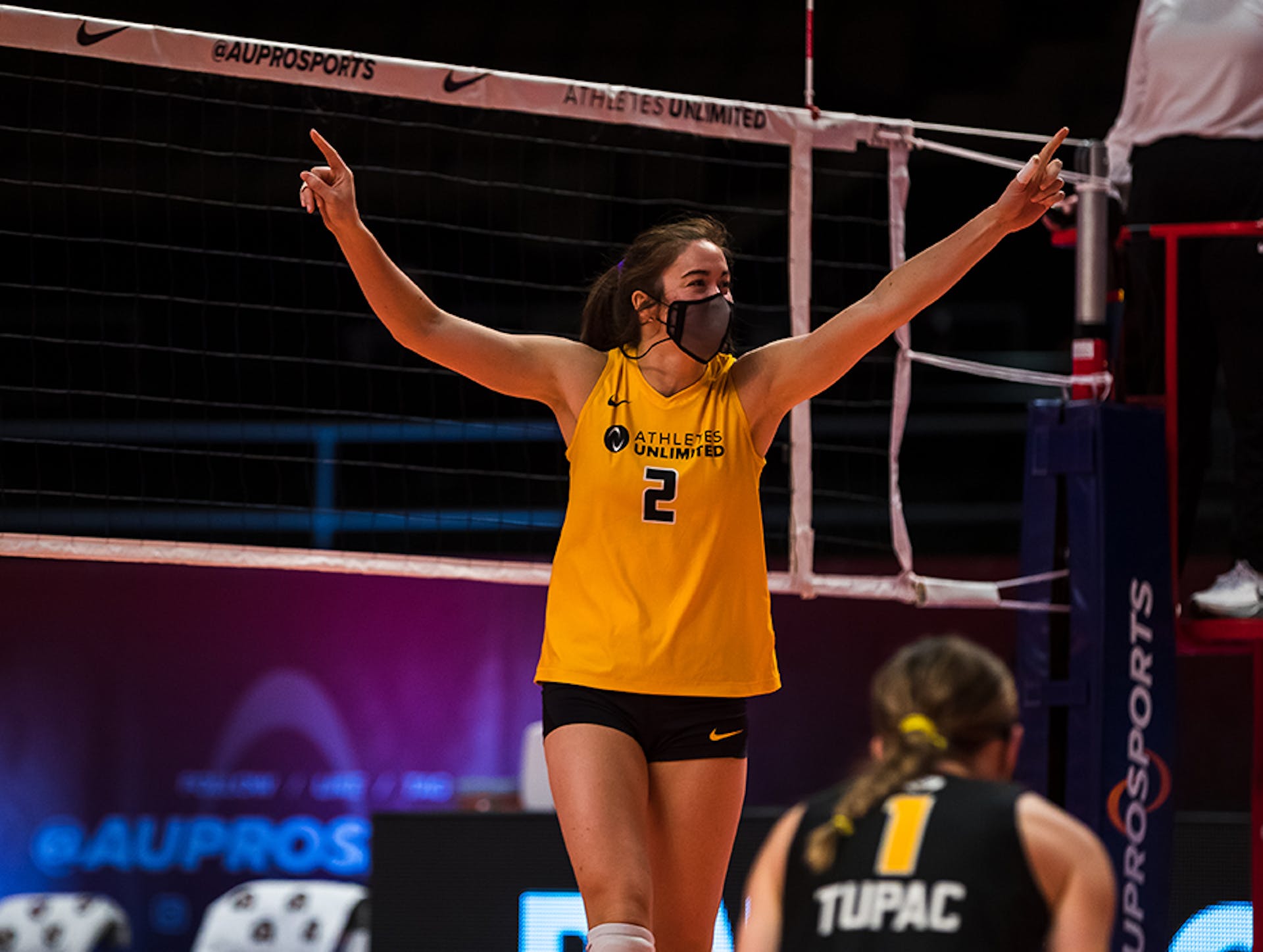 Merriam Webster defines resilient as “able to become strong, healthy, or successful again after something bad happens.” Whether recovering from an injury or maintaining a healthy body from the day in and day out grind that it is to play a sport, athletes are often thought to be resilient possessing qualities that reflect both grit and determination.

Val Nichol is the definition of resilient as shown through her experiences during Athletes Unlimited’s inaugural volleyball season in 2021.

Nichol’s season was cut short in Germany due to the global pandemic the year prior. Then, in the opening set of the Athletes Unlimited season, she injured her ankle, sidelining her for most of the season. From one challenge to the next, Nichol was determined to fight her way through it.

“It was frustrating because I had been training for the season, but the athletic training staff was incredible,” Nichol said.

Her desire to make it back before the season ended ultimately pushed her to step out on the court the final weekend.

“I wasn’t always the easiest patient to deal with because of my frustration and desire to make it back before the short season ended, but with a lot of tape I was able to play for that last weekend.”

When she finally did have that opportunity to step back out on the court, she faced a new challenge. Often overlooked, athletes who are recovering from injuries follow different schedules from the rest of the team. In other scenarios, seasons are months longer, so if a player is injured and recovering for several weeks, it’s not nearly as costly. The abbreviated season and team structure of Athletes Unlimited can pose different challenges.

“Even the minor injury that some would consider an ankle injury to be could be season ending. It was tough, honestly. I was disconnected from the girls. I wasn’t training, I wasn’t drafted, so I kind of lost the connection to being a teammate,” Nichol said.

Despite the challenge, she was just happy to be out there playing the game she loves. “I don’t take it for granted. I was happy to be able to play at all, so that one weekend was fun, it was just much different than how my season started.”

As she prepares for the upcoming season, Nichol is also facing a huge decision: will this be the last?

Now, a year later, she’s back again with hopes that things go much differently than her previous two seasons saying, “That’s part of the reason why I’m back, hopefully to end on a better note.” As for whether she will retire, that decision has not yet officially been made.

“It is potentially my last season. I’ve been saying that since 2020, so I can’t say that for sure.”

Regardless of if this season is her last, Nichol will give it her all on the court. In the offseason, she has focused on trusting her body knowing she’s done all she can do during the recovery process.