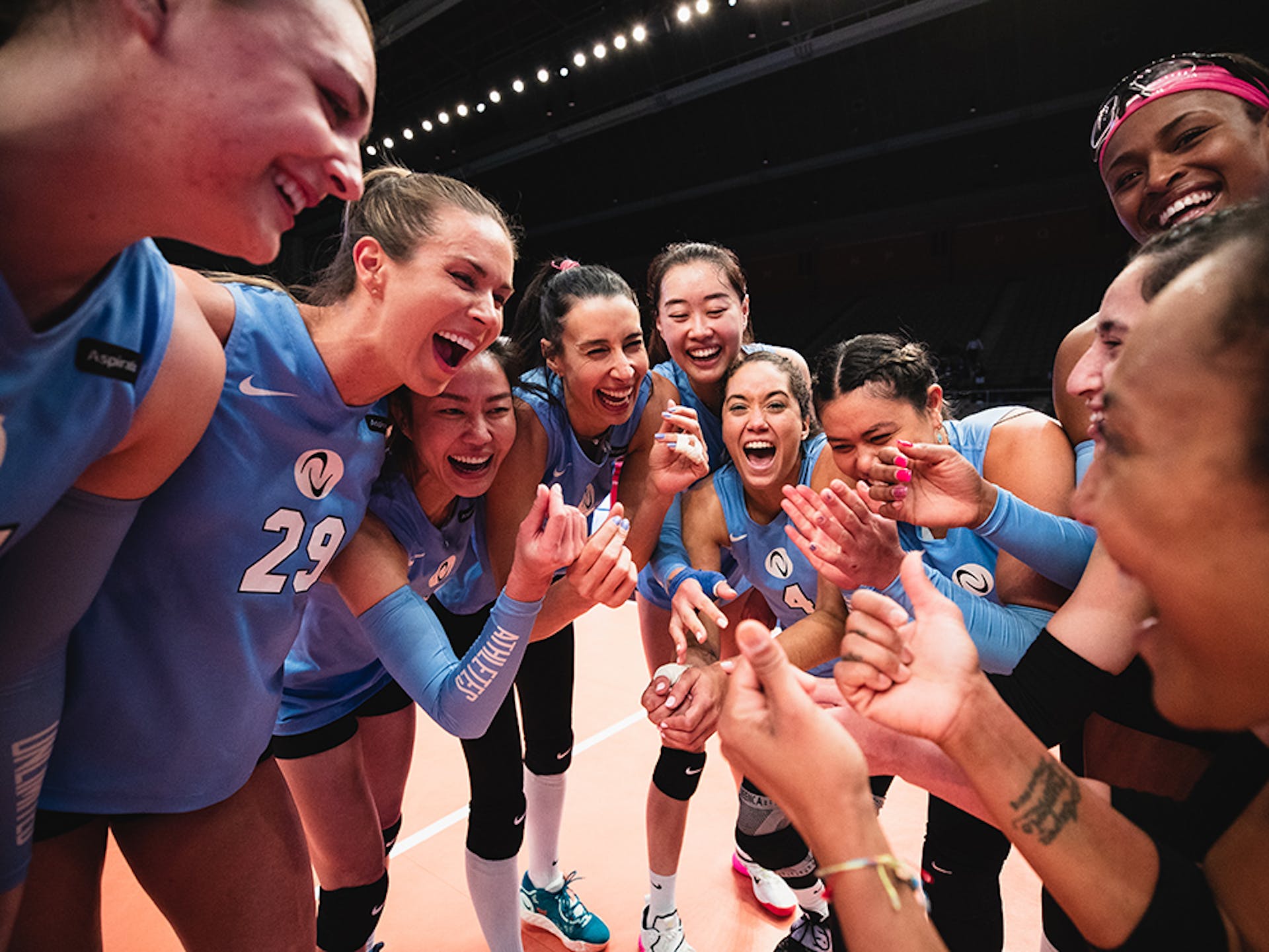 Team Sheilla, which evened its Week Four record at 1-1, claimed the fourth three-set sweep of the season with set scores of 25-19, 25-20 and 25-16. Team Drews, meanwhile, suffered its second consecutive loss to begin the week.

Team Drews was led by outside hitter Dani Drews as the team captain fashioned a match-high 13 kills in addition to 10 digs. Setter Carli Lloyd authored a double-double of 27 assists and 18 digs, while libero Morgan Hentz set a season high with 20 digs.

Team Sheilla held Team Drews to a .025 hitting percentage and used four kills from Cruz and Stalzer in the opening set to build a 25-19 lead. The squad extended its advantage by claiming a 25-20 verdict in the second set before sealing the sweep with a 25-17 triumph in the final frame.

Team Sheilla secured all 180 win points as a result of its three-set sweep. Stalzer set a career high with 353 leaderboard points after taking home MVP 1 honors, while Sheilla followed with 317 points to register the sixth 300-point outing of her career. Lloyd led Team Drews in the loss with 153 points.