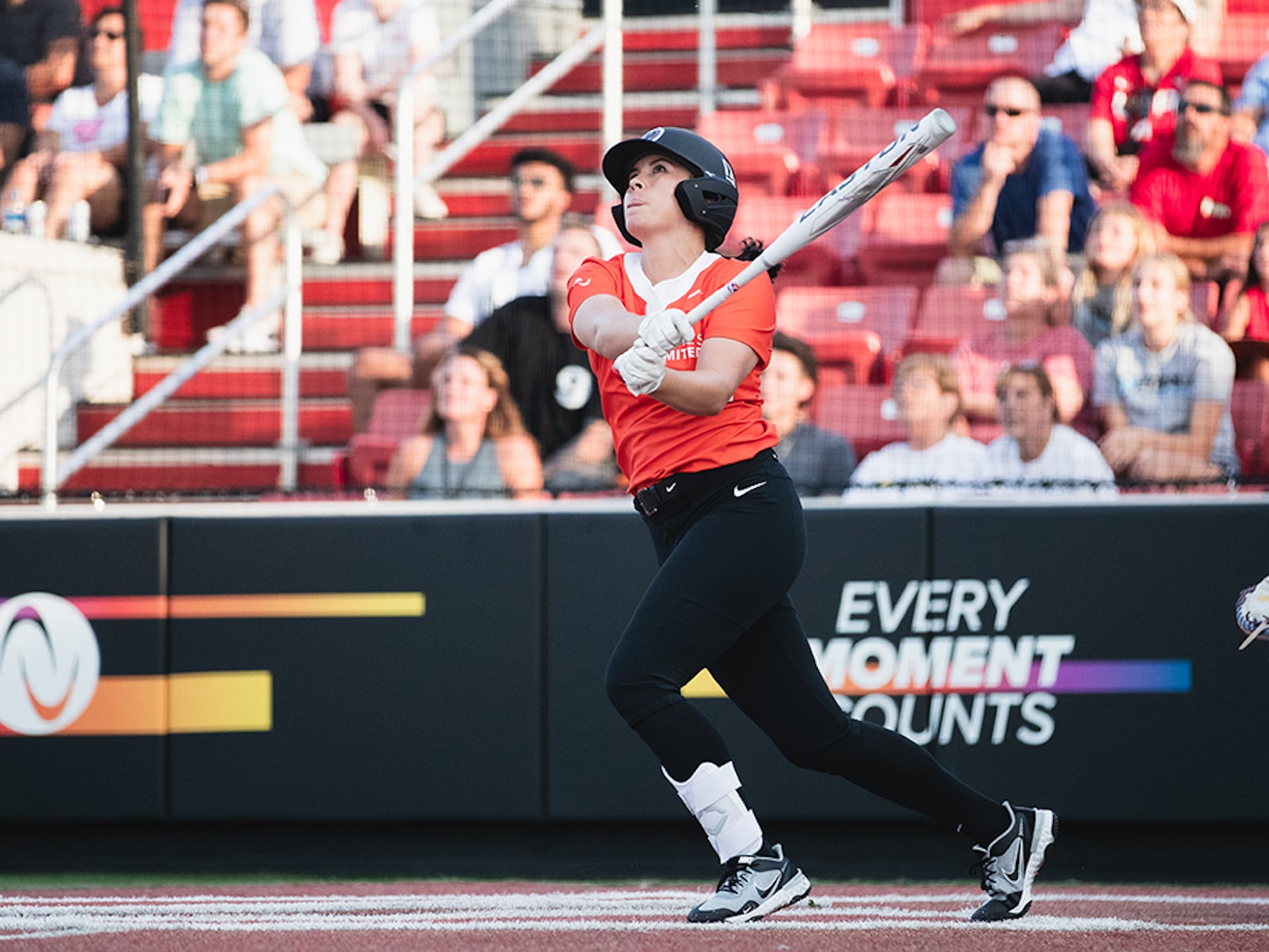 ROSEMONT, Ill. — Outfielder Bubba Nickles was going to do whatever she needed to do to guide Team Chidester to its first victory of the 2022 Athletes Unlimited Softball season.

And she certainly did, racking up 220 leaderboard points on the strength of two hits, including a double and a home run, along with being named the game’s top MVP as Team Chidester rallied for a 6-5 victory over Team Zerkle to begin Saturday’s doubleheader at the Parkway Bank Sports Complex.

The win allowed Team Chidester to even its Week One record at 1-1, while Team Zerkle also stands at 1-1.

Nickles, who registered a two-hit effort in the season opener on Friday night, fashioned another multi-hit game to lead Team Chidester’s comeback effort. Shortstop Anissa Urtez also chipped in a two-hit outing, including her second home run of the year, to close play with 198 points after securing MVP 2 distinction.

Rookie pitcher Danielle Watson had an impressive Athletes Unlimited debut, scattering one hit over 2.0 innings with a strikeout to nail down her first professional save. The former Florida State hurler garnered 144 leaderboard points after being named MVP 3.

Outfielder Morgan Zerkle paced her squad in the setback with a 2-for-3 performance, including three runs batted in and a run scored. Pitcher Taylor McQuillin suffered the loss for Team Zerkle, conceding four runs on four hits over 3.0 innings with four strikeouts and a walk.

Nickles and Urtez hold the top two spots on the leaderboard and are separated by just two points going into the second game of Saturday’s twinbill. Team Zerkle’s Dejah Mulipola and Rachel Garcia are not far behind in third and fourth places, respectively.

The Top 10 Plays from Lacrosse Week 3